The miracle happened in the Orthodox Cathedral in Khabarovsk 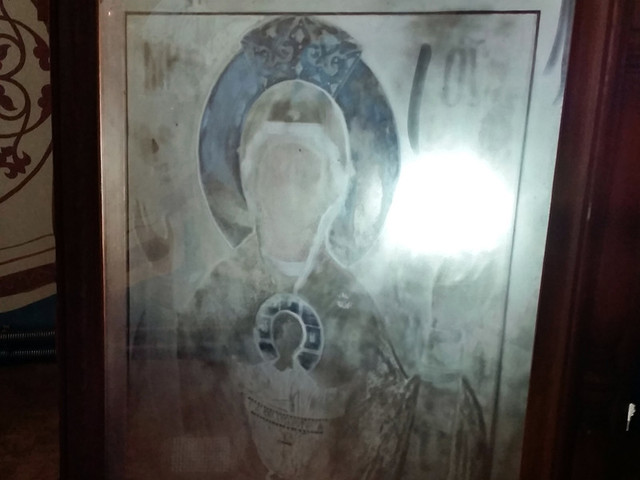 In the Khabarovsk Orthodox Cathedral of the Nativity, which recently celebrated its 115th anniversary, a miracle happened. The icon of our lady “the inexhaustible Chalice” inexplicably appears on the glass of the icon case. This was told in the information Department of the Khabarovsk diocese of the Russian Orthodox Church.

To the incident noticed by chance. In the temple decided to clean the glass on the inner side of the multiple icons. When I removed the glass from the icon “the inexhaustible Cup”, it was a feeling that it would be “dusty”, but “dust” this is not erased. I decided to look at the light and was stunned: on the glass appeared the image of the virgin, such a negative image.

The icon of our lady “the inexhaustible Chalice” is located in the temple since 2004, and is an exact copy of the miraculous icon of Serpukhov Vysotsky monastery, after prayers to which the people receive their healing from alcohol and drug addiction. Before the Khabarovsk way as well as weekly prayer services have been held, as well as for a long time is working with patients and their families, a draft of the Orthodox rehabilitation centre. The believers of this work is associated with the recent miracle.

As stated by the rector of the Cathedral priest Vladimir Belogurov, on the one hand, this blessing of God to us and continue to pursue the case. “And on the other, the virgin Mary not only helps addicted people because the icon of the inexhaustible chalice symbolizes the mercy of God to all of us, so it’s a miracle each should be strengthened in the faith during this period”, – he said.

In the near future, miraculous icons on glass, will have its own Shrine and then this miracle will be able to see everyone.