The miracle of St. Januarius did not happen Is a sign of the impending disaster 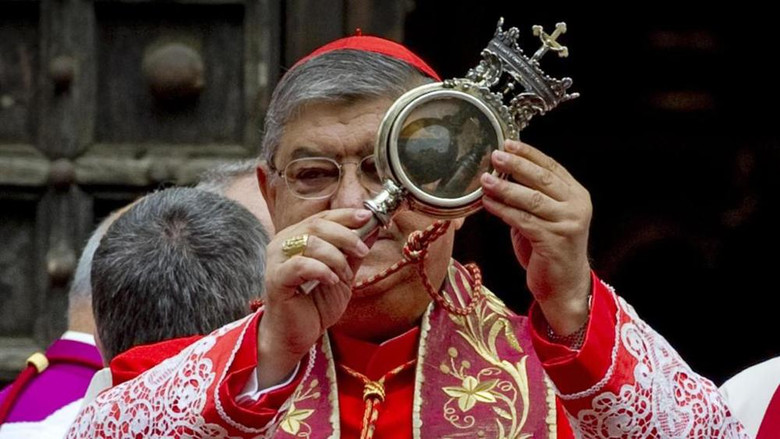 Known in the Catholic world the miracle of St. Januarius happened in day of memory of Martyr on the Saturday of the ceremony in Naples and this is a sign of the coming in 2017 disasters.

Three times a year on the relics revered among Catholics and Orthodox of St. Januarius is a miracle of the liquefaction of dried fluid, which is the blood. The miracle occurs when you retrieve a closed vessel in which is stored the blood, and place it near the reliquary with the head of Januarius in the Cathedral of Naples.

In the Catholic Church, a miracle takes place three times a year during the Saint’s feast day on Saturday before the first Sunday in may — the first transfer of the relics of Januarius from Pozzuoli to Naples (V century), 19 September the day of the martyrdom of St. Januarius and 16 December (the salvation of Naples from an eruption of mount Vesuvius in 1631).

However, in the history of the XX century are known cases, when the miracle did not happen: in 1939 – before world war II, 1944 – before the eruption of Vesuvius, in 1980 – before the strong earthquake.

In this regard, among the faithful there were fears that the lack of a miracle is an ominous omen for future public or natural disasters.

Saint Januarius is traditionally considered a patron of Naples, and the residents of the city are always waiting for this miracle.

St. Januarius lived in the late III – early IV century A. D. He was descended from an aristocratic family, in his youth, converted to Christianity and became the first Bishop of Benevento in the Italian region of Campania. During the reign of the Roman Emperor Diocletian, Bishop was persecuted for the faith. Januarius and his companions were arrested and thrown into the oven, but they remained unharmed. Then gave them to the lions, but the beasts were not to attack them. In the end, it was decided to decapitate Januarius and other Christians. It happened on 19 September 305.