The most improbable coincidence of events in the history 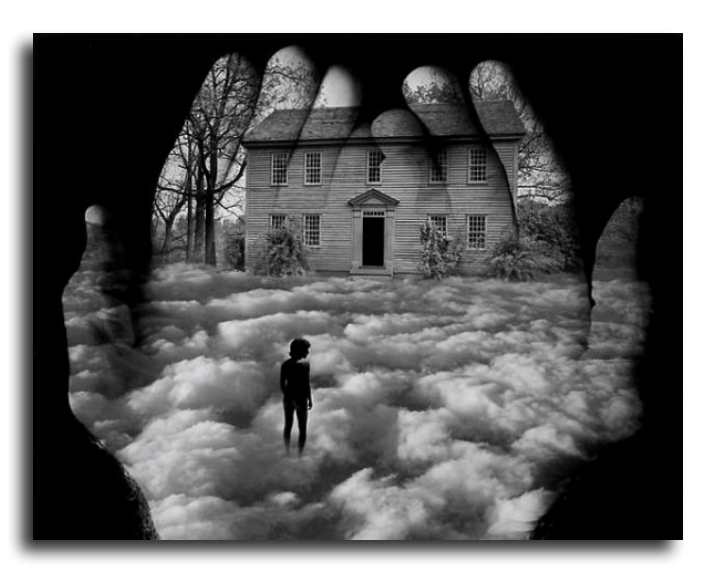 Improbable combination of events in one point which, it seems, have among themselves no visible communication happen from time to time. Coincidence! – we speak and we begin to think of supernatural….

1965. In one Scottish village there was a viewing of the popular movie “Round the World in 80 Days” in local club. And while heroes of the movie got into the balloon and began to chop off a rope, the terrible crash and noise was distributed. It became clear later that on a roof of the building just the same balloon landed, as at cinema!

The destiny governs people. Once to the Resident of Detroit Joseph Figlok walking on city streets, in a literal sense, on the head stalled… child of one-year-old age. Neither Joseph, nor the child, at the same time suffered, having got off light. It turned out that young and inattentive mummy just didn’t close a window and the small child at will of destiny appeared in hands of the surprised passerby. It is possible to call it miracle? And how to call that, what happened a year later? Joseph Figlok walking again passed down the street. Suddenly from a high-rise building window to it the same child fell on the head! Again both participants of this incident managed to get off light. Similar coincidence, differently as miracle you won’t call!

Roger Lozyer, at four-year age, nearly drowned in the sea. There was it in the neighborhood of the city of Salem (America), in 1966. To great happiness it was salvaged by the accidental woman Alice Bleyz. At 12-year age, Roger paid back for service by the same. In 1974 it salvaged the man who sank in the sea, in the same place. Alice Bleyz’s husband was the man

Surprising and mysterious coincidence, the described huge number of times. In 1898, the writer Morgan Robertson in the novel “Futility” described death of the huge vessel “Titanium”, as a result of collision with a huge iceberg, during the maiden voyage… Fourteen years later, in 1912, in Great Britain the line boat “Titanic” was floated. Happy-go-lucky, in a suitcase of one of passengers there was a book about death of the Titanium motor ship. Everything that was written in the book, repeated in the smallest details. Both vessels which were considered as just unsinkable were flown on an iceberg in April, and had a large number of celebrities on the board. In both cases collision with an ice slope quickly developed into awful catastrophic crash because of actions of the captain and a lack of a survival equipment. The prophetical book “Futility” in which the detailed description of loss of the ship was described drowned with it together.

In the same place where “Titanic” sank, near Atlantic, in 1939 the Titania ship floated. Suddenly suddenly steering were given team – “stop machine”. What forced it to give such team still a riddle. Perhaps, gut feeling, perhaps, something other. After a vessel stop, from darkness suddenly came up the huge sizes an iceberg and struck strong blow to the case. However, this blow wasn’t deadly to the ship any more…

In one of Edgar Poe’s stories it was described how after ship-wreck, the deprived of some food, starving seamen ate Richard Parker – the ship’s boy of crew. The plot of this gruesome story was realized in 1884. Sailors, the wrecked schooner “Lace”, just mad for hunger, gobbled up the ship’s boy who was called… Richard Parker. Similar coincidence just strikes terror.

The Daily Telegraph newspaper in 1944 published the crossword puzzle containing all code words of very confidential transaction on disembarkation of troops of allies in Normandy. In a crossword puzzle the author ciphered the words “Jupiter”, “Utah”, “Omaha” and “Neptune”. Information agencies rushed to look for a source of “information leakage”. And the originator of a crossword puzzle appeared, understanding nothing, old school teacher. All were surprised with so improbable coincidence.

Quite strange and mysterious coincidence pursues people, the researching UFOs. On frightening and strange combination of circumstances many ufologists died in one day, but in different years. On June 24, 1964, Frank Scully – the author of the sensational book “Behind the Scenes of UFOs” died. In 1965, and again on June 24, the Ufologist and the film actor George Adamsky died. And in 1967, and again on June 24, two persons who researched the UFO – Frank Edwards and Richard Chen went to a better world directly.

Mark Twain was born in 1835, that day when Galley’s comet flew by near the earth. Also the famous writer in day of the following its visit about a terrestrial orbit died. The writer predicted and expected the death in 1909. He said that it came to the world with Galley’s comet, together with it this world also will leave. And left.

Umberto I, the king of Italy, somehow came into small restaurant in the city of Monts to have a bite. Its order was taken by the owner of restaurant. Having looked at the owner of an institution, suddenly understood its majesty that there is it an exact copy him. The constitution and the person of the owner of an institution very strongly resembled its majesty. After the conversation it became clear, as they are given birth in one year and day – 14.03. 1844. Besides, they were given birth in one city, and both are married to women who were called Margarita. The restaurant in day when there was Umberto I’s crowning was open. But it is not all mysterious coincidence. In 1900 the king was informed on the death of the owner of restaurant. The owner of an institution died from a shot, as a result of accident. The monarch didn’t manage to express condolences concerning his death as he itself was shot by the anarchist from crowd which surrounded his carriage.

The famous American actor Charles Koglen who died during the tours was buried in the city of Galveston (штатТехас). In a year, unprecedented force the hurricane which fell upon this city washed away including the city cemetery. Charles Koglen’s body concluded in a tight coffin in 9 years floated about 6000 kilometers across Atlantic, and was beaten by a current to Prince Edward Island which is in the Gulf of Saint Lawrence. Surprisingly the fact that the coffin was taken out by a current directly in front of that house where he was born.

Whether it is possible to count as accident the documented fact – regularly working alarm clock of the father Pavel VI calling at 6 in the morning for 55 years in day of death of the father, for the inexplicable reasons, worked at 9 o’clock in the evening?…