The most visited UFO place in the USA 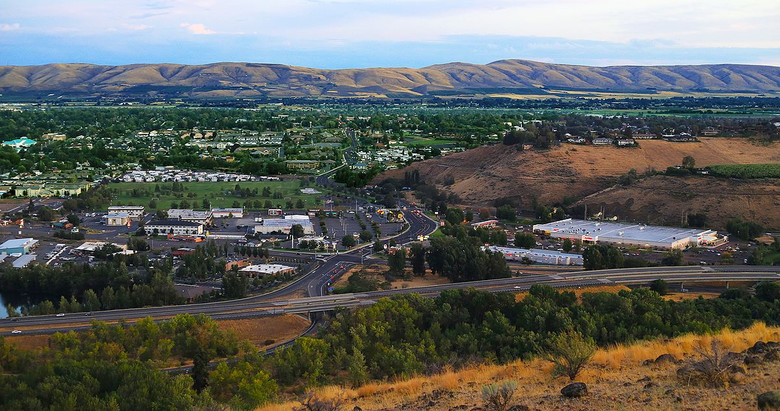 Yakima (Yakima) – reservation of Yakama Indians. It is located 5 miles (about 9 km) south of Mount Rainer in the south of the state of Washington (USA). Among ufologists this place is considered anomalous and probably the most frequented UFO place in America.

Among the native Indians, many legends are known about him, among which the story of a strange “man with red eyes and the ability to heal the sick.” This “red-eyed” in ancient times was attached to the Yakima tribe, and when old, he asked to give him a special place for , In order to die in peace. The Indians clearly saw how, after the death of the healer, his body picked up and carried to heaven an incomprehensible flying object.

Since then, the anomalous phenomena in the mountains here – a common sight. It was over this place in 1947 that Kenneth Arnold watched “flying saucers”, which triggered modern disputes about UFOs.

Later, between 1964 and 1984, 186 UFO sightings were recorded on the reservation. Typically, the stories featured red-orange or white night lights with strange habits – they then hovered over the ground, then moved with unthinkable speed for bodies of earthly origin.

An extract from a documentary about the lights of Yakima

Famous astronomer and researcher UFO J. Allen Heinek, interested in the secrets of the reservation, has achieved funding sufficient to study the phenomenon. The program was headed by engineer David Akers, an amateur researcher.

The equipment included motion pictures and cameras, one of which was equipped with a diffraction grating for measuring the length of light waves. At his disposal were also a magnetometer, fixing changes in the magnetic field, and other instruments for measuring nuclear and infrared radiation and ultrasound frequency.

Lights over Yakima, filmed in 2013 (the plot of local news)

Akers began a two-week observation of the “window” on August 19, 1972. During this time he managed to take several pictures of distant anomalous phenomena, although the images turned out to be not very clear.

No matter how mysteriously the spots looked, Yakim’s research did not bring new evidence. The same can be said about the project “Identification”, a much more thoughtful and prepared phase of the program for monitoring the “windows”.

The initiator of this project was Harley D. Rutledge. Professor of Physics, Southeast University of Missouri. Interested in the activity of UFOs in this zone, Ritlige in early 1973, when he arrived in Piedmont, saw 12 mysterious heavenly lights.

The study of his photographs lasted 7 years. A total of forty scientists, engineers, students and amateurs were involved in the work, the equipment costs amounted to about $ 40,000 – that is, everything that David Akers had on the Yakima Indian reservation, and even a little more.

Along with special cameras, the toolkit consisted of 4 telescopes, a device for spectral analysis and a gravimeter used to measure changes in the gravitational field.

The Identification project registered 178 UFO sightings by the mid-1990s, and Professor Ratlij claimed that he personally saw a UFO in 160 cases, but even here the researchers, despite all their efforts, photographed a lot, but brought little new knowledge about the nature and The origin of unidentified objects.