The mysterious appearance of people 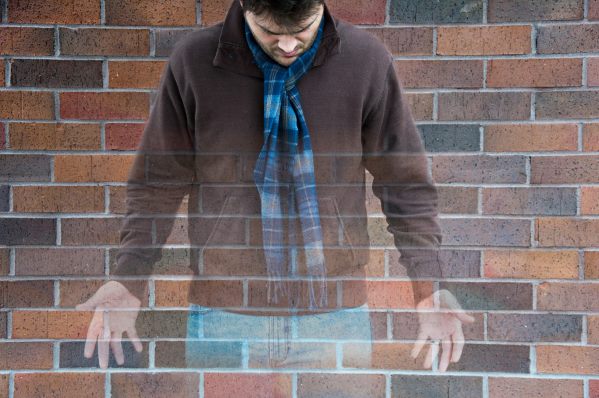 In the XVIII century in Sicily, in the town of Taconite, lived respected craftsman Alberto Gordon. One day in may 1753 he was walking on the yard of the local castle and suddenly “disappeared” in front of his wife, count Zanetti and many others.

Exactly 22 years later, Gordon appeared again appeared in the same place where disappeared. However, he claimed that will not disappear, and he was placed in an institution for the insane.

In 1898 from his home in New England (northeast USA) had disappeared, grace Perkins. After a long search, her parents recognized their daughter in the girl who was murdered in Bridgeport (Connecticut, USA). But on September 17, 1889, on the eve of the burial of the body found real grace appeared alive and unharmed. Where it was lost and why parents identified her in another murdered girl has remained a mystery.

In February 1920 on a field in Hampshire (UK) found a naked dead man. Judging by the tracks, he crawled for a long time before you lose consciousness and freeze to death. There were no traces of violent death.

The London “daily news” wrote: “Despite the fact that the pictures were sent to all police stations in the United Kingdom, the police still can’t figure out his identity. Moreover, there are no reports of any missing person even remotely like him. Apparently, it was the educated and wealthy”.

Anna M. fellows from Cambridge (Massachusetts, USA) left the house of her husband William, three years after the wedding and was absent 20 years. No one all this time, haven’t heard of it, and then one day, years later, fellows returned home and found that the missing two decades ago, the wife as if nothing had happened in the kitchen preparing food. She did not explain anything, and… again they healed together. However, three years later, Anna was gone again. This time for good.

In 1973 he lost, and 27 years later as if nothing had happened like after a minute break, went back to my house Ayub Okotie, a resident located in the Western Kenya village Seatsale. “Lunch ready?” — only he asked, dazed from the surprise of the relatives. Nearly three decades ago, he disappeared without telling any family or friends.

A few years unsuccessfully searched for the missing throughout East Africa. Finally, convinced of the futility of searching, the attempts stopped, Ayub declared dead in absentia celebrated the funeral with appropriate rites.

In 1983, his father passed away Ayub, bequeathed all the land to her other children. Then, having lost hope to see the wife alive, home wife left him, and stole a child. When he returned, Ayub found only his sister, brother and old mother, blind and bedridden.

Ontario (USA) July 30, 1960, literally in the eyes of others suddenly disappeared 13-year-old boy. After four days he appeared on the same place. Where were you and what happened to him, he remember and could not.

In 1975 she made a noise in print, the case of missing 10 minutes of an airliner. Coming in for a landing at the airport of Miami (USA) airliner with 127 passengers on Board for 10 minutes disappeared from the radar screens and radio broadcast. Then, having arisen from “nowhere”, the plane returned from oblivion the crew and passengers. All with late for 10 minutes for hours…

To this classic, described in many sources case in the same area of flights were repeatedly recorded the arrival of the aircraft ahead of time, but no one gave it any significant value.

Reports of apparitions of strange looking people coming “from nowhere”, in a history not much less than reports of mysterious disappearances. Classic steel story, in all colors describing the details of the appearances: a boy about 12 years of age by the name Wild, Peter (27 July 1724 appeared near the town of Hamlen, Germany), a teenage boy named Kaspar Hauser (26 may 1828 in Nuremberg), the future famous designer of R. Bartini (the details of his appearance in the USSR in 1923, still bring to life the most amazing hypotheses the researchers), E. Gayduchka teen with amazing fate (1930-ies in the North Caucasus in the USSR), “suspicious men” (shot in 1942 in the Caucasus), a citizen of the Tuareg (the detainee in 1954 in Japan) and other amazing people.

Robert (Roberto) Lyudvigovich Bartini (1897 – 1974) — the famous Soviet aircraft designer, the physicist, the project Creator devices based on new principles (the winged). Author of more than 60 finished projects of planes. 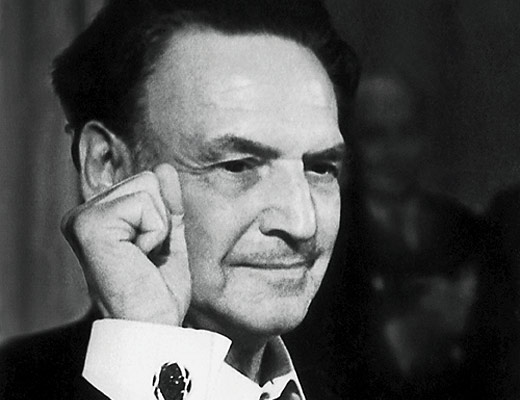 According to the official version, he was the illegitimate son of count Ludovico di Bartini – Italian origin, but living on the territory of the Austro-Hungarian Empire. Christmas is such a story: born from the Earl and his servant, the infant allegedly tossed a devotee gardener, count, Countess, seeing the poor child, fell in love with him without memory, was adopted, and he grew up in a happy family without the worries and without the hassle.

It seems to be so… One problem – any kind of Bartini in nature does not exist. He does not appear in the European “Who is Who”. And anywhere else not listed.

Further, more or less clear. After the failure in the history of childhood and youth Roberto Bartini gets into world war I on the Eastern front, then – captivity, from which he goes after the October revolution – a Communist and a member of the foreign Department of the Cheka.

Next – illegal work in Italy, where Bartini manages to graduate from the aeronautical faculty of the Polytechnic University of Milan, to diploma pilot, and at the same time and Finance of the Italian Communists from funds he inherited from his paternal inheritance.

Again, all is good, but how could to Roberto Bartini (we still call it that) money from the mythical Pope? By the way, they do not pass on the documents of the Comintern. Moreover, there is evidence that the real name Roberto – Oroji, and the true father, the Baron Forms. But…

All the same story: Farmaha in the family tree of European aristocrats are there. In General, mystery at every step.

In Italy on the orders of Mussolini Bartini was sentenced to death but escaped from prison. According to one version, he arrived in the USSR on the plane, the other on the submarine. In the period from 1922 to 1925 he was seen in China, Ceylon, Syria, in the Carpathian mountains, in Germany and in Austria. Only after that final, he remained in Soviet Russia.

Starting with simple laboratory-photographer scientific experimental airfield at Khodynka, Robert Bartini for two years, made a vertiginous career. In 1927 the buttonhole of his coat was decorated with rhombuses of the brigade commander, and he joined the scientific and technical Committee of the Soviet air force. However, bureaucratic job did not suit him, and he was transferred to the OPO-3, the most important aircraft manufacturing firm of that time. Together they worked D. P. Grigorovich, after S. A. Lavochkin, I. V. Chetverikov, and S. P. Korolev.

There Bartini led the group of designers, developed a unique seaplanes: flying cruiser MK-1 and MBR-2 for near-field exploration and MDR-3 for long-range reconnaissance.

In 1939 the aircraft “Steel-7” construction Bartini has set a new world record: flying 5000 kilometers with an average speed of 405 km/h. However, the aircraft did not know about it. In 1938 he was accused of espionage in favour of Mussolini.

Soon Roberto Bartini was given the project of a supersonic jet fighter. However, the Tupolev has put on this design, the cross, saying that “our industry will not pull this plane.” He believed Bartini genius, which, however, did not bring his ideas to the end. According to another version, the conversation with Beria Bartini took place before the war and referred to the alteration of the passenger plane “Steel-7” long-range bomber DB-240.

Immediately after the creation in the USSR of the atomic bomb, the question arose about its carrier capable of reaching the North American continent. The presented projects there were a few bombers, but the aircraft Bartini stood out bright as if taken from the future of “Star wars” Lucas. Like no supersonic handsome with a megaton cruise missile on the fuselage and another bomb under him. Then the air defenses it would be simply unavailable.

However, as always, the designer project remained only on paper and in models. Too much he swung. The series has gone, sorry, stupid, but simple, reliable and cheap Tu-95. As for analogues bomber Bartini, they appeared much later: the Tu-144, “weaving”, Sukhoi design Bureau, the American “Hustler” and “Valkyrie”. Serial samples (Tu-160 and b-1B) was built starting from late 70-H. total – a time lag of 20 years, at least, so Bartini anticipated future.

With the five-dimensional model of the Universe now somehow have become accustomed to – not all recognize it, but the fact that there is a possibility of the existence of another world, parallel to us, no longer seems absurd. Bartini suggested the idea of a six-dimensional (!) world. Three spatial coordinates and three temporary. In the end, not one parallel world, and countless. Leading late and just other. It was an idea?

So, who was he, Robert Bartini? Ahead of its time aircraft? A brilliant physicist, self-taught? An alien from other worlds? Or just an Artist with a capital letter? Looks like we’ll never know, and the archives it disappeared with the same touch of mystery with which he lived himself. But he lived, lived among us, and, perhaps, enough already.