The mysterious disappearance of people 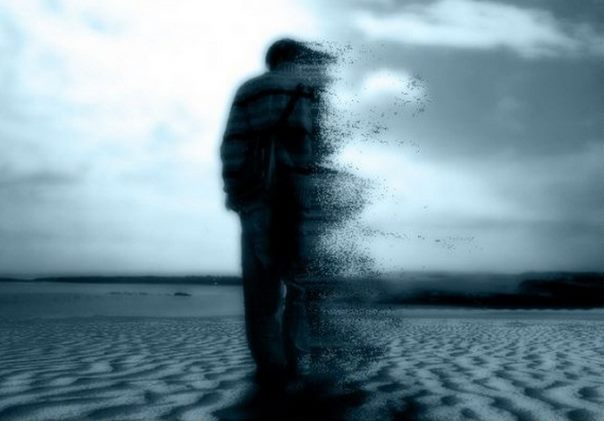 Every year, month or week lost a lot of people. Some of then are alive or dead or being killed. Some never find.

Even if we exclude teenage runaways and criminal component of the case, will still be a lot of very strange cases of disappearances.

Look especially strange cases where people in a literal sense disappears in front of witnesses or a few minutes later after talking with them. The researchers of anomalous phenomena believe that these people accidentally fall into invisible portals to other dimensions, time trap or something similar.

In Britain, a former sailor Owen Parfitt had disappeared on the evening of 7th June 1763, directly from his wheelchair. Eyewitnesses claimed that Parfitt was quietly sitting in a wheelchair, then there was a pop and all…

In 1815 the strange disappearance occurred in a Prussian prison in Weichselian. A servant by the name of Giderici was in jail on charges that were claimed to be the owner after he died of a stroke. Chained prisoners somehow taken out for a walk in the fenced prison parade ground.

Suddenly, according to the testimony of numerous witnesses from among the guards and prisoners, the figure of Giderici began to lose its shape in just a few seconds former the servant vanished, and his shackles fell with a crash to the ground. No one ever saw more of this man.

95-year-old John Lansing party of the American revolution, the former Chancellor, member of University Council and business consultant at Columbia College, legislator, mayor of Albany, state counselor — disappeared in December 1829. He stopped in a new York hotel, which has been one day.

On the evening of Lansing left the hotel to send emails, hoping to have time to send them a night boat across the Hudson to Albany. And more it nobody saw, although the search was intensive.

In 1873, in front of friends vanished English shoemaker James Warson. Before he bet will run from their hometown of Leamington Spa to Coventry and back (a distance of 25-26 km). Three friends followed him in a cart, and James slowly ran ahead. Without any problems I ran part of the way, suddenly stumbled, swung forward — and disappeared.

Friends in a panic tried to find James. After all the unsuccessful attempts to discover any trace they returned to Leamington Spa and told the police everything. After a long interrogation story to believe, but do nothing to help was able.

In February 1940 on the river Veryan (North of Australia) an experienced nurse who went to a remote area to rescue the wounded with a shot of a man I met two people dressed in white medical robes. The doctors literally vanished into thin air and her eyes disappeared…

One of the most famous disappearances in British history took place in Norfolk on 8 April 1969. April Fabb, 13-year-old schoolgirl, left home and went to his sister in a nearby village. She went there by bike, and the last time she saw the truck driver.

14:06 he noticed how the girl was driving on a country road. 14:12 her bike was found in the middle of a field a few hundred yards from the place, but no trace of April was not. Abduction seemed the most likely scenario of extinction, but the attacker would have just six minutes to grab the girl and quietly leave the scene. Large-scale search for April was not given anything.

This case has a lot to do with the disappearance of another young girl, Janet Tate in 1978, so as a possible suspect was seen Robert black is a notorious killer of children. However, there is no evidence to definitively determine his involvement in the disappearance of April, so the mystery remains unsolved.

Eight year old Nicole Morin July 30, 1985 left the penthouse to his mother in Toronto (Canada). That morning the girl was going swimming with a friend in the pool. She said goodbye to mother and left the apartment, but 15 minutes later her friend came to know why Nicole has not yet emerged. The disappearance of Schoolgirls led to conducting one of the largest police investigations in Toronto history, but its traces have not found.

The most plausible was the assumption that someone could steal Nicole immediately after she left the apartment, but the building had twenty floors, so it would be pretty hard to discreetly get her out of there. One of the tenants said that he saw Nicole suitable to the Elevator, but no one else saw or heard. Thirty years later, the government has not collected enough data to determine what happened to Nicole Morin.

About four o’clock in the morning of 10 December 1999, 18-year-old freshman at the University of California Michael Negret turned off the computer — the whole night he was playing video games with friends. At nine in the morning woke up his roommate and noticed that Michael was gone, but left all their belongings, including keys and wallet. Most of it never saw.

The most interesting thing about the disappearance of Michael — there are even his shoes. Investigators used search dogs, trying to track the path of the student to the bus stop, located a few miles from the hostel, but how could he go so far without shoes? Not far from the scene at 4:35 only saw one person, but nobody knows if he’s connected with the disappearance of the boy. There is no reason to assume that Michael was gone at his own request, but news of his fate since then is not.

On the morning of 13 June 2001, 19-year-old Jason Jolkowski got called into work. He asked his friend to pick him up, but did not appear at the rendezvous. The last Jason saw his roommate about half an hour before the scheduled time of the meeting, when the guy put the trash cans in your garage. Jason didn’t have personal problems or any other reasons, to disappear there is also no evidence that it could have something to happen. His fate remains a mystery and for many years afterwards.

In 2003, Jason’s parents, Jim and Kelly Jolkowski, has immortalized the name of his son, founding own project, a nonprofit organization that has become one of the most famous funds for the families of the missing.

Brian Shaffer, a 27 year old medical student from the University in Ohio (USA) on the evening of April 1 2006 went to the bar. That night he drank a lot and after talking with his girlfriend on his cell phone, somewhere between 1:30 and 2:00, mysteriously disappeared. The last time he was seen in the company of two young women, and no one could remember where he was after that.

The most difficult question in this story, which has remained unanswered, is how Brian left the bar. The footage from the surveillance camera clearly shows how he went there, but no one frame was not sealed, as came.

No friends of Brian or his family do not believe he disappeared intentionally. He was a good student and planned to go on vacation with his girlfriend. But if Brian has been kidnapped or he was the victim of another crime, the attacker pulled him out of the bar, unnoticed, neither witnesses nor surveillance cameras?

Barbara Bolan, 55-year-old woman from Corvallis (Montana), July 18, 2007 went Hiking in the mountains together with his friend Jim Ramaker, who came from California. When Jim stopped to admire the view, Barbara was 6-9 meters behind him, but turning around in less than a minute, he found that she was gone.

The search involved the police, but to find the woman failed. At first glance, Jim Ramaker’s story sounds pretty incredible. However, he cooperated with the authorities, and, as evidence of his involvement in the disappearance of Barbara was not, he ceased to be a suspect. The perpetrator probably would have tried to come up with a better story, not to say that his victim simply vanished into thin air. No trace of any hints on what could happen with Barbara, was never found.

The evening of 14 may 2008 19-year-old Brandon Swanson was returning to his hometown of Marshall (Minnesota) at the gravel road and his car flew into a ditch. Brandon called his parents and asked for him to come. Those immediately left, but was unable to find it. Father called him back, Brandon picked up the phone and he said he was trying to get to the nearest town of Lead. And in the middle of the conversation, the guy suddenly swore and the relationship ended abruptly.

Father tried to call back several times but got no answer and couldn’t find son. Police later found Brandon’s car, but couldn’t find neither him nor his cell phone. According to one version he was accidentally drowned in the nearby river, but the bodies in it was found. No one knows what prompted Brandon to swear during a call, but that was the last thing heard from him.