The Mystery Of Francis Schlatter 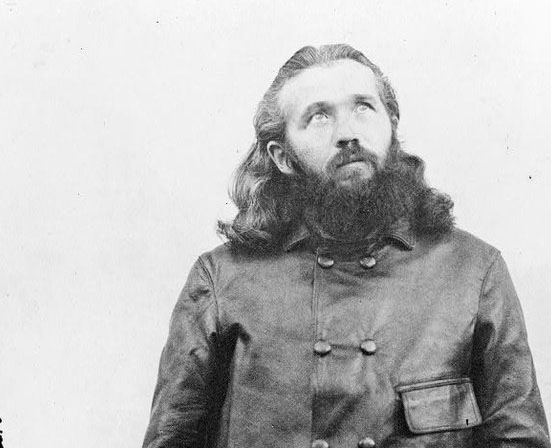 Healing was in demand at all times. Especially when it came to healing a large number of people. Lived in the XIX century healer Francis Schlatter, according to conservative estimates, cured 100 thousand people in three years.

From his touch the blind to see, paralyzed rose to his feet. Even cancer and tuberculosis retreated to the miraculous gift of the healer.

The flight into the desert

Slater was born on 29 April 1856 in the disputed territory – in the Alsatian village of Ebersheim. The province of Alsace, inhabited by Germans, not time passed from hands in hands. During the birth of Francis, the village belonged to France.

At the age of 14, Francis left school and got apprenticed to a shoemaker. When his parents died, the future healer went to America. And it has paid off: craft was in demand. He earned $ 60 a month – a good sum in those days (cowboy watching a huge herd received $ 40).

Francis was very strong and more than once surprised friends by twisting horseshoes. Anguish, he was dispelled in the sea, engaging a Stoker on a fishing vessel. Slater read only the Bible, finding in it consolation and advice on all occasions. Girl Jamsport admired handsome and strong of a shoemaker, but he never reciprocated.

When Schlatter was 37, in his head a voice sounded. The shoemaker never once doubted that God answered his prayers. The voice commanded to exercise everyday for two hours, lifting weights and walking at least 10 miles.

In July, 1893 Slater sold the shop, give to the poor, and left Jamsport. Francis walked, avoiding big cities. When the boots fell apart, he continued on his way barefoot. Passers-respected fanatic, surrounded by the Bible.

Once it came to the sick, asking for help. Slater said a prayer and laid hands on him, believing that God will help the poor. He did not expect that the effect will be immediate. The patient shuddered, as if electrocuted, and fell on his knees, giving thanks for healing.

Odyssey of a physician

Francis continued to move South on the road trying their hand. He did not take money from healed, repeating:

– What are they to me? Surely the heavenly Father would not give me the good earth, if they were really needed? The only wealth is faith.

The former shoemaker made sure that his gift is valid even for animals. One day Francis came across two cowboys, drove the horses to death. Slater, not to mention anything to the owners, and put animal his hands. Half an hour later the wounds from the seats was delayed, and in the evening about to sneeze reminded just shorter hair.

Shocked the cowboys decided to go for the “saints.” This series of footprints went up the mountain and soon reached the snowline. Slater could safely walk around barefoot in the snow and sleep in a snow hole, not spreading the fire. Going a little more, the cowboys came back. Traces of the healer came to pass that in this time of year was considered impregnable.

Crossing the mountains was not in vain to the health of Francis. For several days he had lain in a wigwam among the Indians.

Recovering, Slater responded to help, having cured all the sick in the camp. The Indians asked Francis to take a wife and become the new shaman of the tribe, but he continued his journey.

In the town of Hot springs, Arkansas, Schlatter was arrested for vagrancy and put in jail. It was pure chaos – healer not appeared before the court and was not formally convicted. Piety and good behavior of the prisoner drew the attention of the Sheriff. He began to entrust him with the work outside the fence, and then brought to his home as a free worker. 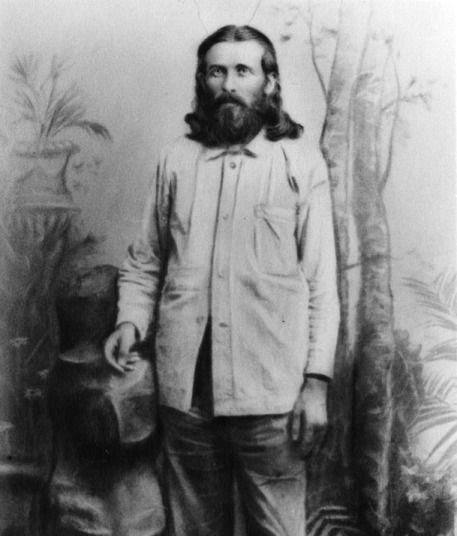 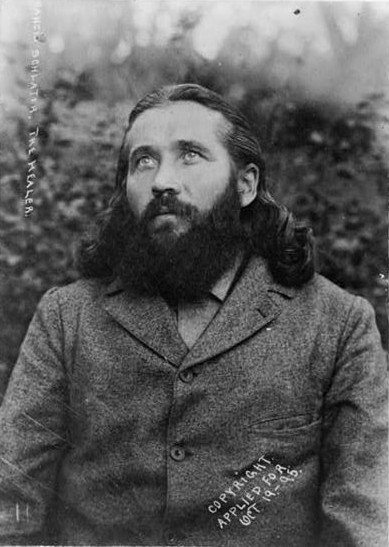 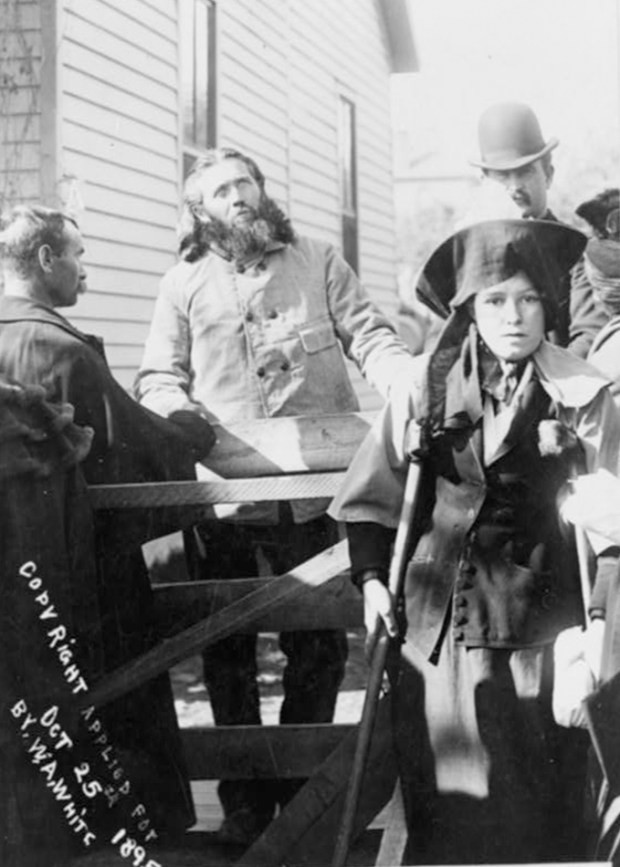 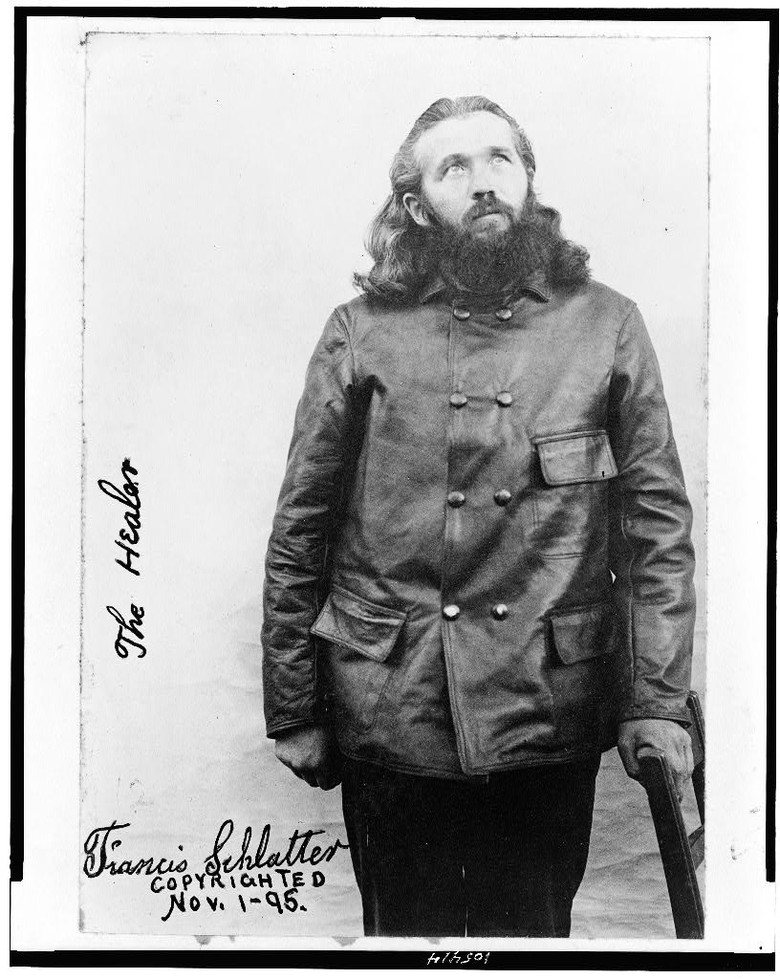 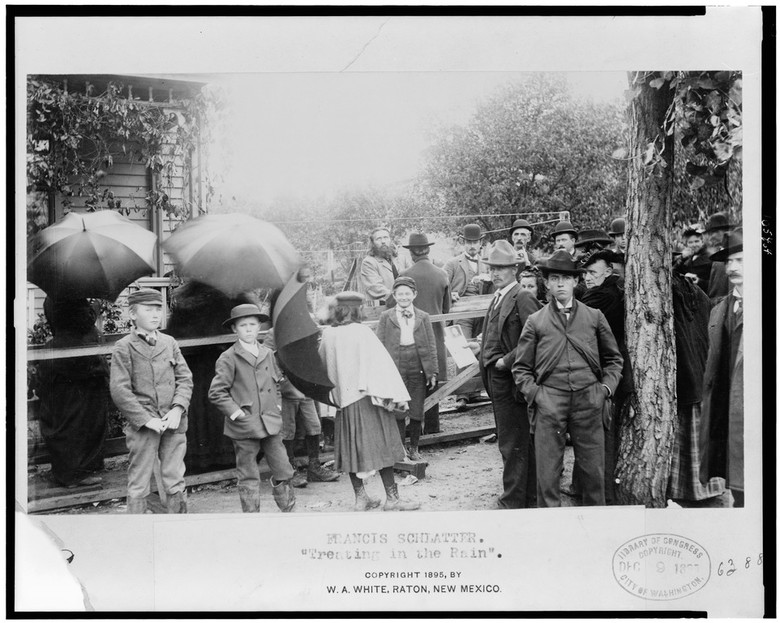 Five and a half months after his arrest, Slater heard a voice in my head:

The healer quietly left the house the Sheriff and unnoticed left Hot springs. Fearing pursuit, he fled to the mountains and stopped to rest only on top of the ridge. When the interstate is left behind, Francis again was able to reach out to people and to bring healing to the hurting.

In 1895, the name Slater first appeared on the pages of Newspapers. He did what to him was considered impossible, crossed the Mojave desert on foot and came to Albuquerque, new Mexico. To further complicate the task, Francis was with a heavy copper rod weighing more than 20 pounds.

Settling in Albuquerque, Slater once again impressed the journalists. He stated that it begins a 40-day fast on water only. The post did not prevent him to heal all who came to him for help. In his spare time Francis prayed.

The more terrible became the face of the healer with sunken eyes, the more the crowd grew near the house where he was staying. Schlatter became known as a prophet, the new Messiah, although he was not going to preach or to create a new religion.

To celebrate the end of fasting, Schlatter made fried chicken, steak and eggs, all washed down with a bottle of wine. They tried to stop him, saying that such a feast after a long hunger strike can be fatal.

– Don’t be afraid, ‘ he replied. – Have faith. Our heavenly father supported me for 40 days, will not leave now.

In the summer of 1895 the city came a member of the city Council of Denver Edward Fox. He suffered from permanent hearing loss and could barely walk due to diseased kidneys. Fox made their way to the Tibia through the surrounding crowd.

– Seeing the healer, I felt that the better, and my hope came true, recollected Edward. – After staying in Albuquerque a week, I was convinced that he had not heard half the truth about’ the power of Schlatter. I invited him to stay in Denver.

Staying with Fox, the healer began to take on two thousand people a day. Without shoes and warm clothes he stood on the street for six hours each day, healing the sick and not taking any money. To avoid crowding, Edward ordered to put together a street platform, allowing it to approach the Tibia each.

The people he treated, he felt something like an electric current of medium strength, with one hand healer seemed to be hot and the other cold. At the end of the day Slater bypassed the carts, healing those who could not stand in the queue.

The visit of the Russian

American correspondent of the newspaper “Moscow Vedomosti” suffered from severe rheumatism. Hearing about the miracles performed by Schlatter, he decided to personally go to Denver and check its power.

– I was in a string of pedestrians, horseback riders, and carriages, seeking to cottage Fox – said the journalist, who preferred to remain anonymous. – I was afar looking at a tall man with a small beard, and long hair falling on his shoulders.

The face of the healer was comely, look calm and deep the whole figure breathed gentle, imperturbable calm, which does not violate any exclamations of astonishment at the relief of the sufferers, to his touch, nor their gratitude and the cheers and noise when they are yielding place to others, was removed, enthusiastically, often with tears, passing each other their feelings.

His head was bare, and his feet Newbury. Holding the hands of the baby, the healer fixed her eyes on the sky, whispering a word of prayer. Incessantly screaming infant was now silent, falling asleep, and his face overflowed a long time does not show a blush.

Came my turn, I came in with a badly beat heart, saying nothing, but silently praying, trying all their thoughts to focus on prayer and on the firm belief that I will be revealed to God’s help through this favorite person. And what! Has not passed also minutes, as I felt an unusual heat in the sick members, hand, and leg, which often forced me to carry heavy flour.

There’s just nothing I can compare this sensation as feeling as if shed all the veins of vitality… For a minute I had no strength in his right arm patient now I answered shaking Schlatter stronger than he squeezed my fingers. He said, “I hope that the pain you will no longer be disturbed.” And indeed, since rheumatic suffering left me.

The disappearance of the healer

13 Nov 1895 Slater did not come to Breakfast in the morning. Edward went upstairs and saw on the bed a note: “Mr. Fox, my mission is accomplished. The heavenly father calls me. Goodbye.” From the stables of the vanished white horse – the only gift that he agreed to take from citizens.

When it became clear that Slater will not return, the crowd outside the walls of the house of the Fox panicked. People were crying and pushing, trying to touch the platform where the healer went, broke off from him the chips on the memory.

The last time Schlatter had been seen alive on a ranch, miss Agnes Morley near Datil in the state of new Mexico. The workers called the owner, saying that there’s a type with a white horse on occasion. The traveler was invited to warm up, but he replied that he did not enter the house without permission. Morley immediately recognized Schlatter. He said

– The heavenly father has led me to safe Harbor. I need to pray and recuperate.

Francis lived in the house of Morley three months. When the rumors about the famous healer began to gather a crowd of curious, Schlatter decided to go to Mexico. Agnes was part of the way with him. The healer said that the woman soon finds out about his death, but nevertheless he promises to return.

The following year in the Sierra Madre found the skeleton men. His death was not violent. The deceased was lying on his back, his arms crossed over his chest. Under the skull was lying battered by bad weather in the Bible. On the cover of cowboys read the name of the owner: Francis Schlatter. Nearby lay a heavy copper staff.

Agnes waited all my life for the return of the miracle-worker, but his latest promise remained unfulfilled.