The Mystery Of The “Ghost Hun 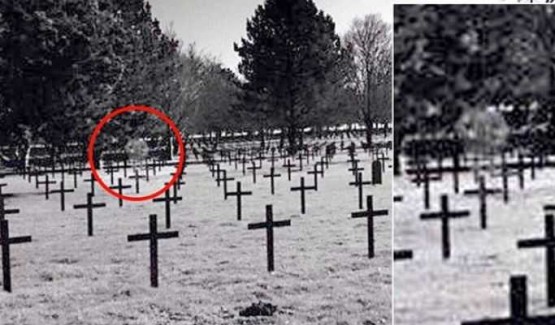 Despite the fact that Orthodox scientists tend to scoff at stories about curses and plagues, ghosts, ghosts, phantoms and other supernatural phenomena, a huge opportunity of our mind is still not fully understood.

And because they allow us to set in motion powerful enough and energy flows in order to manipulate the illusory mechanism is formed of the phantom.

One such phantom tells the story of one mysterious history, leaving its origins in the distant times of the First world war. This year history was exactly one hundred years.

I must say that the First world war gave rise to a lot more ghosts than the Second world war. The story we want to tell – not just idle the bike, and what a lot on the Internet and in contemporary journals devoted to the unknown or mysterious.

And that you can believe, because I compose them are often not very clean for a hand journalists – for the sake of giving weight to themselves or their publications.

This story was published in 1930, when Mr. Edwin T. Woodhall, the former by the time an employee of Scotland Yard and the Secret intelligence service, wrote his memoirs.

Agree, the police can be trusted – unlike today’s journalists.

The speech in his memoir is about a ghostly phantom, called “the Ghost of the Hun.

This Ghost was seen far in the rear of the British – North-East of Béthune (town in the French Department of Pas-de-Calais and the former province of Artois) in the area between Leventi and Hopkinson.

Far 1916 was the year of the phantom, and the scene – a peasant’s house – was erased from the face of the earth, when two years later, the Germans tried one last time to win.

Throughout 1916 on the numerous isolated areas equipped with field warehouses for explosives that could be useful in an emergency.

These depots were usually in abandoned village houses, far enough from the enemy artillery, and were guarded by one or two sentries, who were changed after a week. Time this service was almost comfortable, despite the fact that the abandoned ruins very often induced nostalgia.

One such warehouse was just between settlements, Laventi and Chaplins, and the explosives were hidden in the basement of a ruined farmhouse near a deserted village.

Hour received rations for a week, a sufficient amount of firewood, kitchen utensils, books and magazines, and sometimes the target for game of Darts.

Soldiers usually talked that day in the warehouse was not so bad, but at night they are often filled with fear. From somewhere far away came the roar of cannon, could be seen the lights of flares from time to time hooted flying close to the airplane.

And although they were in the heart of the war – ruined country house close to Lavante – war often seemed a strangely distant.

Later, about a lonely store crawled different rumors. According to reports, during the full moon in the vault there were strange noises, and the sentries were not the only guests of peasant homes, where often heard the shuffling of someone’s feet.

The inexplicable sound of footsteps was heard on the paved road that passed by the warehouse; and one soldier reported that during the full moon he saw the figure of a man approximately 20-25 meters away from himself.

The sentry called to him and receiving no answer, fired from a rifle. However, to his surprise, the unknown disappeared. Quietly, calmly, silently. Right in front of the sentry.

However, there was a suspicion that it works enemy agent, so the events reported to the intelligence division and officer Edwin T. Woodhall (the same one that will become later the employee of Scotland Yard and write his memoirs) together with the French police at the first opportunity went to the warehouse for enhanced protection. The policeman was involved in the case, should the need arise to arrest any civilians.

The first evening passed without much incident. The Frenchman was a good camping stove, lots of candles and edibles, as well as two decks of cards; after a short rest, snack and exchanging cards, they decided to take turns to stand guard. That was done the first night.

But on the second night of guard duty began to happen strange things. Mr. Woodhall was guarding the warehouse in the first two-hour shift, and the policeman and soldier in this time of rest.

They quickly settled into bed and fast asleep, but after about an hour felt like Woodhall bother them. Woodhall heard strange noises and wanted his companions also heard them and understood what is their source.

Men listened and silently reached for the weapon. Above the ceiling of the basement, heard the distinct sound of knocking boots with metal taps on heels: apparently, someone was walking down the road just a few metres from the warehouse.

The Pace Of “Clop!.. Clop!.. Clop!..” was so heavy, and such clear and sharp, because the vibrations from the ceiling rained plaster and clay.

Not timid men, led by Woodholm climbed the stairs and shone a bright light of the full moon. Woodhall noticed that a silhouette is rapidly moving along the wall, gradually disappearing into its dark shadows.

Within an hour or even more three people were combing the entire neighborhood, but never found even a lost animal. Around there’s an eerie silence enveloped the moonlit ruins. Silence, moonlight, Stacie away the steps of the unknown brought on the war some kind of superstitious terror.

When dawn Woodhall, gendarme and soldiers inspected all once again – this time more carefully, but again found no signs of illegal entry or in the neighboring village.

The next night was again billed hourly, but resting not sleeping. All were in expectation and suspense. In the morning, a little later than the previous night, again I heard the distinctive sound: “Clop!.. Clop!.. Clop!..”.

The men quietly climbed the stairs and the comfort of the shadows began to peer at the side of the wall, illuminated by the moon.

A few meters from where they stood near the wall, guns at the ready crawled on his knees and fingered the scattered bricks of some German soldiers.

The sentries looked at him, as if enchanted. They did not have the slightest doubt that they face the same earthly man like themselves.

His helmet with a horn sticking up (these were German soldiers) gleamed under the moon but with clothes on there was something strange form of German was completely soiled with clay if he had just climbed out of the trench, which was dug in.

More than a minute hourly watched the German went through the bricks, and then called to him. In response, the enemy soldiers rose and turned to him…

At this moment all three observers have understood that before them not a living person, and… a skeleton. From under the horned helmets they looked empty eye sockets of the skull, and from hand-bones dropped the bricks he was holding.

Three gun shots rang out simultaneously, and the Ghost immediately disappeared. In front of the shocked guards.

They continued to hold the post until dawn, but the “Ghost Gun” no longer appeared.

The next day all three of them wrote a corresponding report about the incident. I must say that British intelligence did not dismiss the report and thoroughly investigated the case, but after the elimination of the warehouse.

The British, together with the French authorities, carefully restored the history of this village – as it is preserved in people’s memory at the time of Declaration of war in August 1914.

Despite the fact that many local residents died or were killed, managed to find and interview the few remaining survivors of the peasants and on the basis of their messages to make following the story.

In the late summer of 1914 many of the German army under the command of General-Oberst (Colonel-General) Alexander von crutch steadily moved to Paris and to the ports on the channel coast.

German infantry entered the village and began to Rob all who fell in their way, taking not only valuables, but also the most necessary; however, punitive measures towards the local population was not used, until it has itself began to resist.

A large farm house, which subsequently was equipped with a guarded warehouse, was occupied by the German non-commissioned officer and his squad of twenty men.

The farmer – owner of the house – had disappeared, leaving his wife with a small child, who, like her neighbours, decided not to leave the village.

The basement, which later served the British sentries, the farmer was used as a wine cellar.

German soldiers immediately found his guilt to a most worthy cause: they staged a night of revelry, on which a non-commissioned officer tried to put the young wife of a farmer unambiguous signs of attention.

The situation gradually escalated and one day became so severe that the woman in despair turned for advice and protection to the elderly priest, who was in the rear of the Germans with his parishioners.

Father promised to be with her in her house until the departure of the Germans, who expected a few days ago.

Soon the artillery of the allies began to bombard the village, forcing the Germans entrenched there to beat a hasty retreat.

All mixed up; the cries of soldiers, the neighing of horses and the roar of exploding shells turned the village into hell. A non-commissioned officer, according to witnesses, was very angry at her farm for what she brought to the house of the priest, and declared her a spy.

In a drunken stupor he shot the child, then mother, and then at the priest.

The woman and the child died immediately, and the priest lived for another few minutes. Reaching out to the German, he said: “You wicked man! And your soul will live here! You’ll be back here when it’s your time, and you’ll find her in this place until, until God decides to forgive you and release your soul!”

Vitoliv these words, the priest died. Reeling, drunken non-commissioned officer started to catch up with his company, but he got hit with the shrapnel of exploding shells, and the German was dead right on the paved road.

After the Germans drove the left in the village, peasants were buried in one grave a woman, a child and a priest, and another German officer. Both graves were near the wall on the very spot where the sentries had seen a Ghost.

Obviously, the curse of the old priest came true: the skeleton, which saw the British guards, and was a non-commissioned officer, who returned on the appointed hour.

This story can be treated as one of the many tales, that is not to take it into account. However, British military intelligence, as we know, never waste your time learning idle tales.

Perhaps if a moving skeleton in a German uniform saw one person, from the report just shrugged. But the same could not have dreamt it three time, besides sober.

So the phenomenon of the phantom, born with a curse, were studied thoroughly. That suggests that a hundred years ago to such signals, the attitude was, to put it mildly, somewhat different than in our time.

Perhaps military intelligence had already faced with similar cases, once gave this story so much time and effort.