The Mystery of the Valley of the Headless 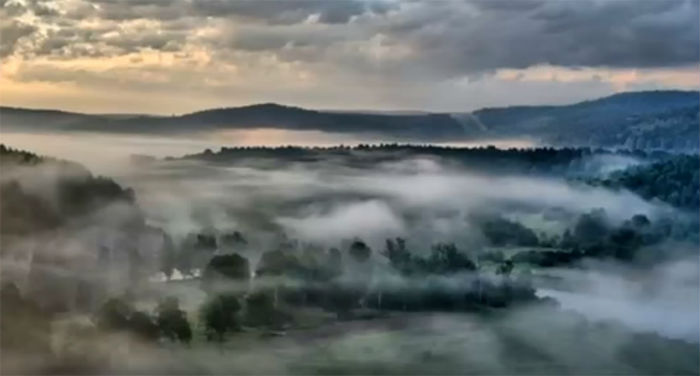 Mysterious places called abnormal zones on our planet are quite numerous. One of them is located in the north-western part of Canada and has a gloomy fame. This is the Valley of Headless, where people die for unknown reasons.

The sinister history of this beautiful desert area began at the end of the XIX century, when among the lovers of gold rumors spread about a certain rich valley in which you can find kilograms of pure gold quickly and simply. There came crowds of gold prospectors who wanted to quickly enrich themselves and did not pay attention to warnings of local residents who bypassed the valley side and even were afraid to approach it.

In 1898, six brave souls went in search of precious metal in this valley, located along the South Nahanni River. Gold diggers disappeared without a trace. After a while, the police found their headless skeletons lying “in an embrace” with arms in unnatural poses. This was the first officially recorded case of disappearance of people in this area.

Seven years later, in 1905, the MacLeod brothers and their friend Robert Vir disappeared. Only three years later, decapitated corpses were found. Their belonging was established on the decayed, but preserved remnants of clothing and talismans, which, according to the belief, were to bring their owners happiness, but, alas, they brought a terrible and mysterious death.

There were a lot of such officially registered cases. Some people found the hunters alive, but completely devoid of reason. They could not get their own food and find a way out of the gigantic valley.

Interesting is the fact that all the belongings of the deceased, including treasures, were in their places. The police could not explain who and why decapitates people. There was a suggestion that in the Valley of the Headless is a gang of robber thugs. Another version says that in the valley there is a certain unknown wild tribe, who is hostile towards those who encroach on gold. This tribe kills all gold diggers and lovers of easy gain in a special way, ritually cutting off the head.

Old residents of the Indian village, located near the valley, say that this is the work of the soaking up – that’s the name of the local snowman. Indians are sure that a snowman exists. From the chronicles of the mines in the Valley of Bezgolovs it is known that as early as 1884 a creature resembling a hairy giant man was seen in the local forests.

Research expeditions were afraid to send to the valley, decapitating people. The first group of researchers went there only in 1962. It was organized by Professor Blake Mackenzie. Unfortunately, the valley took the lives of all the participants of the expedition.

In 1965, an expedition of two Swedes and one German went to uncover the secret of this place and added to the list of disappeared. On their search a whole helicopter landing of six men landed, two of which also disappeared without a trace.

In 1978 a new expedition headed to the famous American researcher of anomalous phenomena Henk Mortimer went to the valley. It is worth noting that the group was well equipped, there was all necessary equipment to maintain a constant connection with the people who remained in the base camp, broken near the Valley of Bezgolovs.

Having reached the place, the scientists reported that they had set up camp and intend to go deep into the valley. Toward evening the operator heard the screams of the members of the expedition and the words of radio operator Ray Wilson:

“Out of the rock there is emptiness! It’s horrible!”.

After that, the connection was interrupted. An alarm was announced and after half an hour a helicopter with armed fighters on board arrived at the site of the expeditionary parking lot, but neither people nor traces of the camp could be found. The decapitated body of one of the researchers, Robert Vier, was found only five days after the tragedy. The area quickly became notorious, but the mysterious disappearances of people did not stop.

In 1980, on the instructions of the German magazine Der Spiegel, three former US servicemen, who had experience of survival in hard-to-reach areas, were hired in the valley. The expedition was designed for a month, but after the expiration of this period no one returned from the valley.

This story for a long time repelled the desire to visit the Valley of Headless. In 1997, an international expedition that seemed to be doomed, if not to the success of the operation, then, at least, to survival, set off for the valley, causing superstitious horror and almost mystical fear.

Scientists have left behind the alluring mystery in armored vehicles made on a special project, with the most modern equipment that allows you to videotape under any conditions. The first two days of observation of the ominous valley gave nothing – it seemed lifeless. But on the third day in the valley began to creep a fog so dense that visibility disappeared literally at arm’s length. After a detailed message on the radio about the changed visibility conditions, the connection was suddenly interrupted. When the fog cleared, the military units literally combed every meter of the Headless Valley, but neither armored comfortable wagons nor members of the international scientific expedition were found out.

Until now, it is not known who and why kills people in the valley and why they decapitate the bodies. Sometimes the heads are found at the scene of the murder, sometimes they disappear. Who might need human heads and for what? There are no answers to these questions yet.

Tags: Valley of the Headless