The mystical visions of William Blake 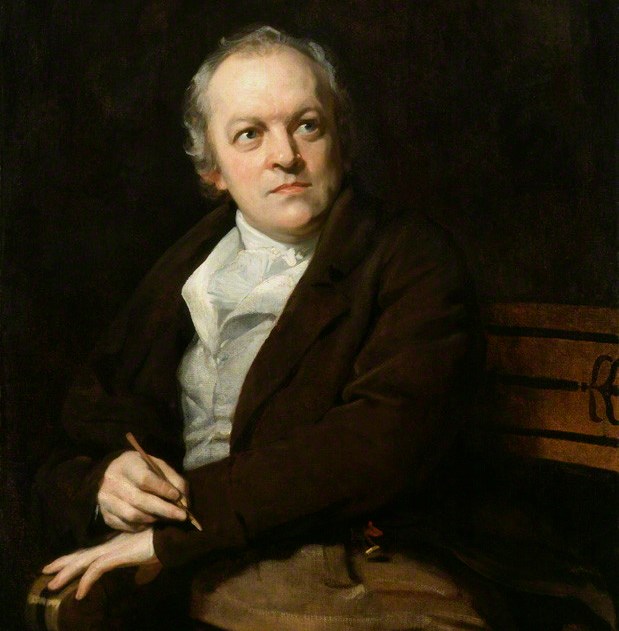 The largest English poet, painter and printmaker, one of the main precursors of surrealism, William Blake (1757-1827) was the second of five children of a merchant hosier, fascinated by the teachings of the Swedish mystic Emanuel Swedenborg, who lived a long time in London.

This man wrote amazing philosophical verses that are often quoted in our time. But much more of the Englishman William Blake is known as a talented artist and engraver.

And not just any artist. He had the ability to see parallel worlds, then there was, as they say in our time, a visionary. And after his death was his wife, a Ghost.

Outstanding ability Blake emerged very early. Little child he painted in his father’s shop and wrote poetry on the reverse side of the accounts. He had musical abilities. Subsequently, he wrote music to his poetry. However, life is rarely pleased Blake.

He was constantly sad, mystically configured, lived as if in a dream and often heard voices that he was sure of it — came to him from the sky.

Blake was a student of the engraver. Then he studied at the Royal Academy of arts, whom did not graduate because he fought with the President of the famous painter, Joshua Reynolds. Said, though Reynolds gave Blake a monstrous tip: take it easy in his drawings. It is unlikely that he wanted to hurt William. But he obviously didn’t realize that Blake may not be like everyone else and that they exist in completely different worlds.

18 August 1782, Blake married the illiterate daughter of a gardener to Catherine Boucher. He taught her to read and write. She helped him do engravings. She believed in all his visions and worshipped him as a prophet.

Blake was the most original English mystic and one of the greatest graphics of its time. His mystical attitude to the world was pierced and his life and his art. For printing small booklets of his poems with his own illustrations, etchings (there are a few copies hand-coloured by the artist), Blake invented the original method of printing. He, however, argued that this was not his merits, the spirit of his late brother, with whom Blake as if constantly communicated, revealed to him many secrets of the art. 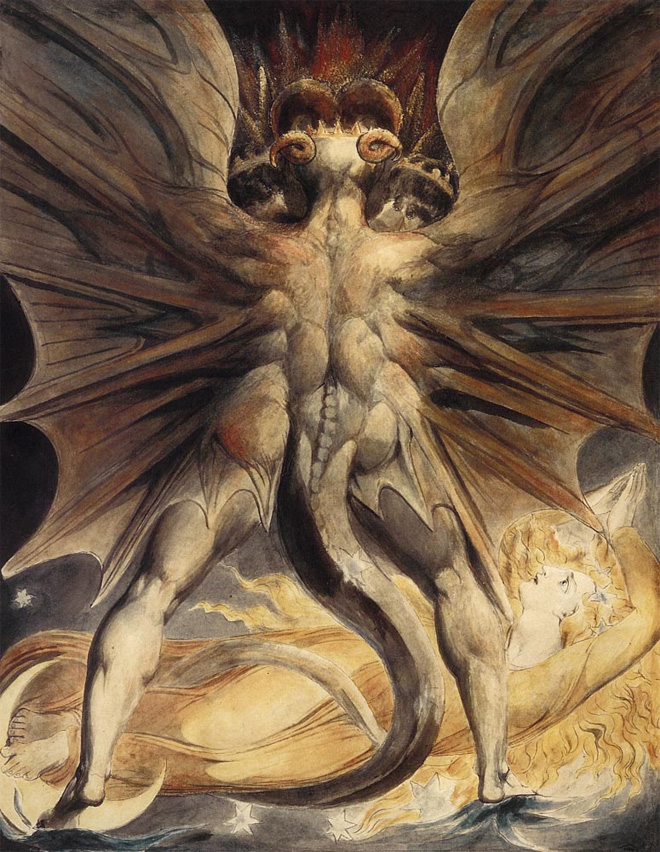 From childhood Blake was often visited by visions. He remembered that a little boy met the angels and the prophet Ezekiel. Some force compelled him to write poetry or draw, dictate poetry to him, took his hand. Moses, Homer, Virgil, Dante and Milton kept coming to him and talked with him.

Little Blake argued that death is just a transition from one room to another. And told adults that he saw in the sky, warriors with swords and spears, and on branches of trees of angels with sparkling wings… One day the boy told that he had seen the Lord himself, brounovskogo head out the window… Your vision Willie endured on paper.

One day he went to his friend and saw him with a pencil drawing someone’s portrait. Blake was like before him was the model that he painted. He raised his eyes, looked out and continued to work. Meanwhile, anyone in the room except the artist was not.

The surprised visitor asked whom he draws.

“But I see it! haughtily interrupted his visitor Blake. — He’s here and his name Lot. You can read about it in Scripture. He poses me.”

In the letter Blake sent them in April 1803, reads:

“I wrote these poems under the direct dictation. Twelve, and sometimes thirty lines at once, without reflection and even against their will”. 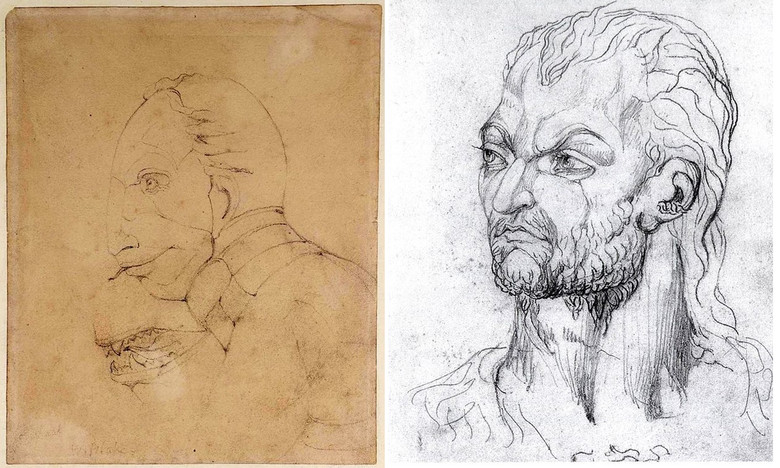 The heads of the ghosts. The name given to a series of pencil sketches Blake made them at the request of the astrologer John Varley. The main characters — which was the artist of the mythical characters. The entire series, published in 1818, still is a major concern of many specialists.

Blake was convinced of the existence of a parallel world where everything is different than ours. Trying to comprehend his laws, he learned to write from right to left. Artist little interest in reality, he was immersed in the fantasy sphere, the characters are his creations became Atlanta and the druids, who had appeared to him when he was in an altered state of consciousness, as we would say today.

When it was disturbed during the trance, he came in a wild fury — once almost pushed off the ledge scholar, you dare to tease him. Many thought he was crazy and this continued until the end of life.

Blake studied the works of the mystic and visionary Swedenborg, was fond of Neoplatonism — but did not become anyone’s follower. His best paintings on religious themes such as the Dream of Jacob, or Adam and eve find the body of Abel, special features, unconventional lighting. According to Blake, it was the light of other worlds, which helped him to create masterpieces. Only a true artist is available, the contours of another, transcendent world, he says:

Who contour not see, can not draw,
No Rafaelite or futility or blackout.
For the contour method are you glad the artist to eat
But the contours of the madman sees and says it like it is.

Blake created a few illuminated manuscripts, hand-engraving his own poems and drawings. One of his works was the Bible of Hell, gathered in the Night Visions, a kind of alternative old Testament, where God was revealed to be a demon, and the act of creation — the great fall…

Somehow, the artist recalls, he saw in his home scaly, speckled, horrible-looking creature with human body and head fleas, descending the stairs. The vision led him to such terror that he ran away from home, aimlessly. Later, he brought a hell of a vision in one of his paintings — the Ghost of a Flea. 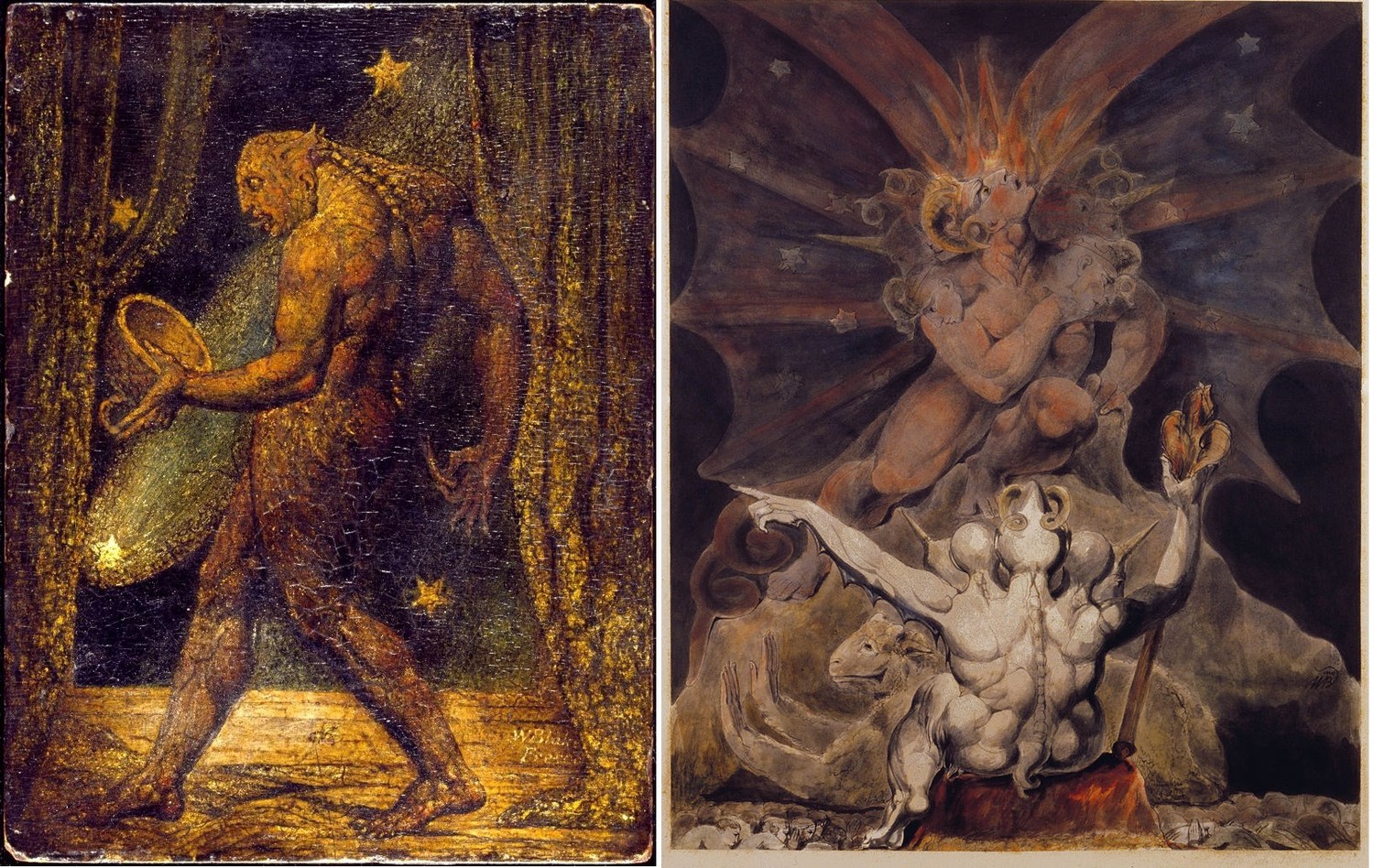 William Blake died on 12 August 1827, aged 69 years, in the midst of his work on the illustrations to Dante’s divine Comedy. Shortly before he finished illustrating the Book of job. Doctors have been unable to find the cause of his death. Perhaps it took those other forces with which he constantly dealt with life. 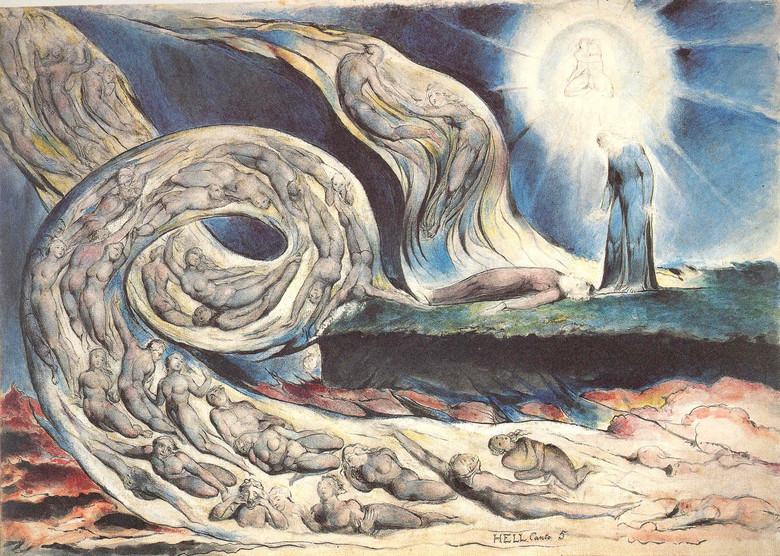 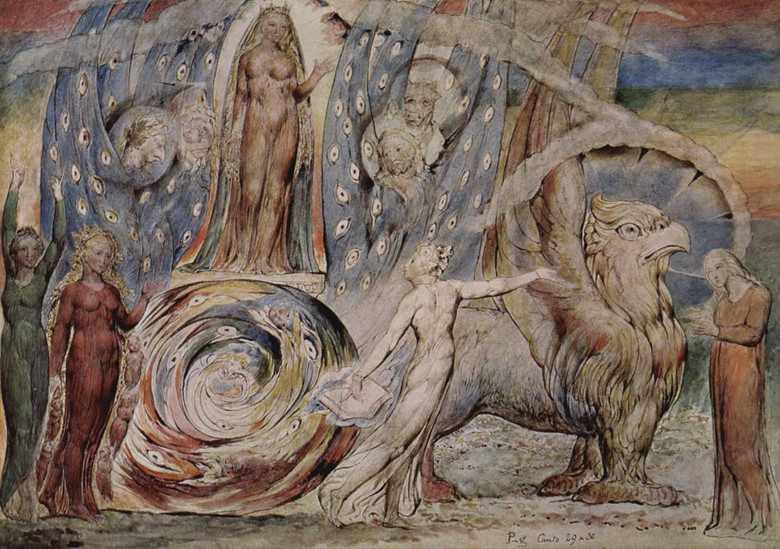 Blake’s paintings for the divine Comedy

After his death, the widow Catherine once told me that her husband’s Ghost had appeared to her and gave various recommendations. So, if she had to buy some of the prints of Blake, she always said that you first consult with a spouse.