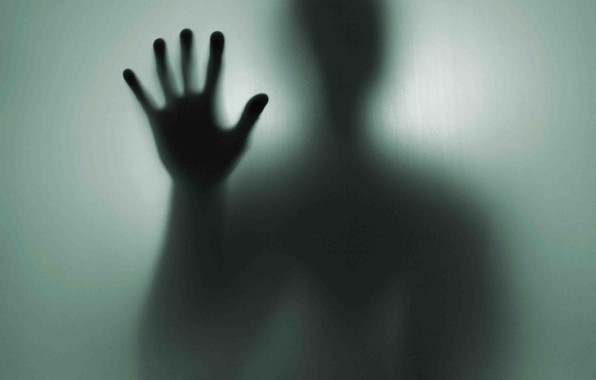 To me a lot of things in life interesting has happened so I think that it would be useful to share with you one incident in my life. I think it will be for you to be of interest.

After graduation (med) I was sent for distribution in the Urals town of Berezniki. You can look map of anomalous zones of Russia. In the area near Molebka. The place most revered by ufologists. At first about “Perm anomalous zone” almost nobody has heard of.

But after some time, Newspapers increasingly began to print reports of numerous expeditions “ufologists” in the area. And here in town the hell.

From friends I often heard about some mysterious creatures that appear in the most unexpected places and which was accompanied by a feeling of anxiety, fear and longing.

Later, apparently, it’s time to “get acquainted” with them and me. It is when someone stares you in the head but I felt in a dream. No, it was not a dream. I WOKE up to the sight. So people feel that it looks unaccountable turns in the appropriate direction.

I opened my eyes and saw directly in front of you some kind of haze resembles a human figure. Small, about one meter. Awake little I was able to see and yet rubbed his eyes a little figurine of Powys is in the air disappeared. Melted. There were other “meetings” but the last was particularly memorable.

Whether it was Sunday, or Saturday, can’t remember exactly, but I remember that it was in the middle of the day. I was doing so he ironed his shirt, was going somewhere. The table was close to the wall and rests I, respectively, from the wall was at a distance of not more than half a meter. Thoughts ? So what can be busy the head the kid who just started independent life.

Its dimensions are met, that is, a region of an eye, because there was no way to look away from the “eye” creatures. All here described, in its glow should be multiplied by several orders of magnitude, because the means of human speech cannot convey a tenth of the horror that I experienced.

I was literally paralyzed, paralyzed by some unknown force, a thousand white-hot needles, searing hooks dug into my body, tearing it to pieces. This could be compared with the fact if you are naked put at the entrance to the blast furnace or you grabbed the bare cable under tension. You could say : “the Scream stuck in my throat”, but screaming was impossible. Stopped (I felt this clearly) heart. His “eye” erupted from the terrible evil energy.

But here’s the thing. It was a meaningful energy. It is not clear why it hated me! It was meaningful anger.

And not only him, so to speak, “eye”, but the whole body was thrown into space, she rejected them like molten metal, molten fire.

It seemed he struggled to say something and to say something that certainly I would be destroyed, incinerated, turned into powder, but for the incredible anger, which burned his “eyes” and so it was clear why he had granted me his “visit”. And somehow I then knew exactly what he say a word, a sound, and all would be well ended. Knew and was very afraid so he doesn’t have a problem here.

But a word or utter a sound he was not given and he disappeared as suddenly as they appeared. “Stayed for a long time. Maybe seconds had passed. How little we know about time. This “second” for me then stretched into eternity. But I wouldn’t ask him to stay. After he left, I collapsed on the bed and her head spun the question : “why?”.

How can we understand this anger ? This Sizzling hatred? WHAT I DID TO HIM ? You know, there are moments when particularly acute human relativity. We live in a closed world fenced off where rotate among the usual and familiar things. But God forbid in the fence to appear at least a small crack…then it all starts to seem quite different, much then have to rethink. A lot to think about. So I think. A lot. But anything worthwhile that would be an undoubted and faithful make up one’s mind could not.

I sometimes think. Maybe I have experienced something like what happened with people who spontaneously ignited? Only me for some reason lucky?