The Phenomenon Of Clairaudience 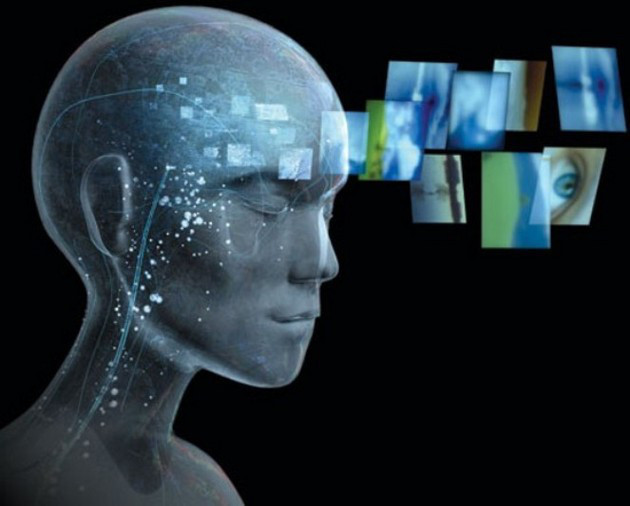 Known cases where perfectly healthy and normal people hear voices and sounds that defies logical explanation. This phenomenon is called clairaudience, is one of the possible manifestations of paranormal abilities, although going without any effort on the part of man.

And it happened throughout the history of mankind and documented on the books. Not only shamans, prophets, priests, but also ordinary people who heard voices encouraging them to commit certain actions. Such phenomena can be divided into two groups – accidental and deliberately provoked.

The second option, so to speak, professional, when shamans, psychics, and other representatives of occult practices, come into contact with otherworldly forces: with the spirits of deceased, angels, or aliens. One way or another, but such a phenomenon exists, although science disproves it. However, if you correctly interpret what he heard, that usually such information is, without doubt, can benefit.

Of course, an ordinary person, suddenly heard strange voices and sounds, this phenomenon can lead to shock. Because people are afraid that they may be crazy and often hide what happened to them. This happens especially often with children. People fear what they don’t understand what can make them stand out from the crowd of ordinary people.

Even nowadays, some scientists are trying to explain paranormal abilities such as clairvoyance and clairaudience, as a result of pathological processes that may arise in the human body. And psychiatrists can easily these people locked up in a psychiatric hospital.

Recently, a friend confessed that in his childhood had often seen the phenomenon. He not only heard, but sometimes saw what was not heard or seen by other people. And very afraid that they will laugh at him, and no one talked about it.

For example, he often saw dead grandmother, heard her voice. At the time he was apparently about five years, and he thought that everyone can see it and that is as it should be. Like all village children, he, as soon as the warm days were gone or on the river or in the woods.

One day he and the children went to the forest for berries.

It so happened that he fell behind the other kids and got lost. And when he realized that he was alone in the woods, and it’s getting dark, started to cry and call his friends but no one responded.

He had a long, stumbling and falling, circling through the woods, scattered berries, and then completely lost vessel.

Tired he couldn’t even cry, sat down on a stump and suddenly heard the voice of his dead grandmother, who affectionately called him “Rubanchik, round (get up), come with me!”.

The boy jumped in fright and began looking around, but no, of course, was not. Only in the distance loomed some vague figure in a white cotton handkerchief. He could have rushed after the figure and soon came to familiar places, and on the edge of the forest he walked toward adults, which the children called for help.

Another case occurred when he became older, he studied whether the fifth, whether the sixth grade. The end of summer. The village children, as usual, amused by the fact that catching chipmunks and ground near the forest. Next was the village cemetery, which they usually avoided by most – feared, and parents were not allowed to play and make noise near the dead.

It was late afternoon, the weather was most beautiful, it’s like summer finally decided to roam vengeance. So boys even went to the lake and returned home refreshed with cool water. It was still light, because to cut way decided to go past the cemetery. Rubanchik, marching behind their comrades, suddenly, in the light of the setting sun saw the silhouette of the woman who stood at the cemetery and was calling someone, maybe they in its side.

At first he was alarmed, and the companions walked slowly and did not pay neither the woman nor the signs any attention. But he suddenly stopped for some reason and I peered closely to the strange woman, saying that she does one in the cemetery and why is silent, and the only hand making some signs?

And then he saw that she was dressed wrong, dressed as village women, it was some kind of long vintage coat (as in a Museum, even thought the boy) on the head vintage hat with metal plaques. The woman looked at him with a kind of plaintive, pleading expression on his face and hand is shown to the left. 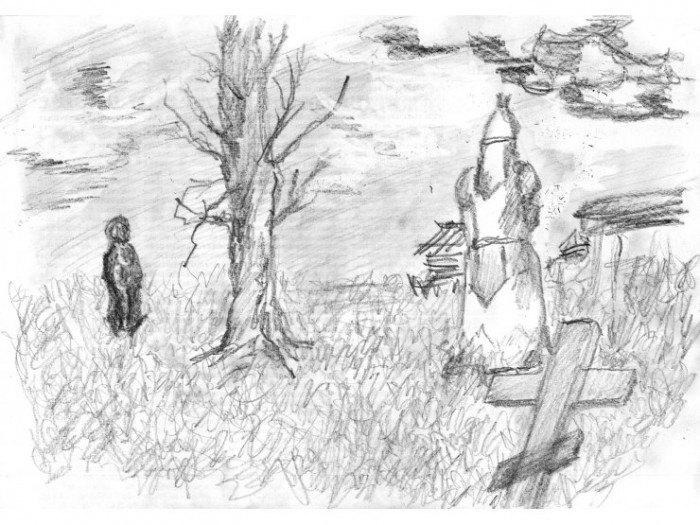 Some crazy, flashed in his head, and he slammed rushed to catch up with gone far friends. He never told anyone about this woman, though all the time he remembered her, why do not come out of my head, her pleading, full of pleading look.

Soon began training Monday, and once they are all class together with their teacher went on a tour in the autumn woods. The evening was coming along the same path – past the cemetery. Rubanchik was walking next to the teacher and suddenly, unexpectedly, took and said that sometimes sees at the gate, a woman dressed in ancient Yakut clothes and the woman about something he wants to say.

As my friend says, he is when told about the case, was sure that this woman saw the other day all the boys, and imagine his surprise when it turned out that besides him, no one saw anything. Some of his comrades began to laugh and say that he is all that up to stand out in front of the young, just this year graduated from the school, teacher, which, incidentally, with great interest listened to the story Albanica.

And he, guided by some inner voice, was deep into the cemetery in the old part of it, and suddenly heard a female voice that told him clearly: “manna!” (Yakutsk). He stopped near one of the old graves, the urine pointed to her hand and repeated the inner voice: “Here!”

Some of the most happy boys immediately climbed in the old burial storage shed, and heard their excited cries. But the teacher, recollecting himself, he commanded them to come out. It turned out that there, inside the storage shed, the boys found a bundle with a human, most likely, with children’s remains.

The evening of the same day there, to the cemetery, headed police officers and representatives of the village Council. They found there the mummified corpse of a young child who, judging by the clothes, was put there long ago, in the time of famine, when he had neither the strength nor the means to bury.

And the restless soul of the poor mother, apparently, had roamed this world in the hope that one day you will meet someone from the so-called аса5ас attaeh (literally from the Yakut – with an open, subtle soul), who will be able to transmit its request – to bury the godly of her child, so she could see him in that light.

And that man with the fine soul was a little boy Rubanchik, which itself probably was not happy that have this ability.

Because, he now says, after this incident, the peers began to avoid it. I don’t know what happened to his life, but, luckily for him, the following year the family moved to another district, where, of course, no one knew of his extraordinary gift. But, strange to say, in another area its a gift then it was gone, or something else, but he never heard any voices and did not experience any unusual events.

However, a married woman who has psychic powers and is a real clairvoyant. That’s her gift, which was also detected in early childhood, over the years, not something that is not lost, but rather amplified. But, as they say, is another story.

Yes, the phenomenon of hearing voices is strange, and it could perfectly well be schizophrenia, but the problem is, what if every case isn’t? The problem lies in how we always try to explain everything we see with what we know, but sometimes the things we see are caused by things we do not know.