The phenomenon of electronic votes 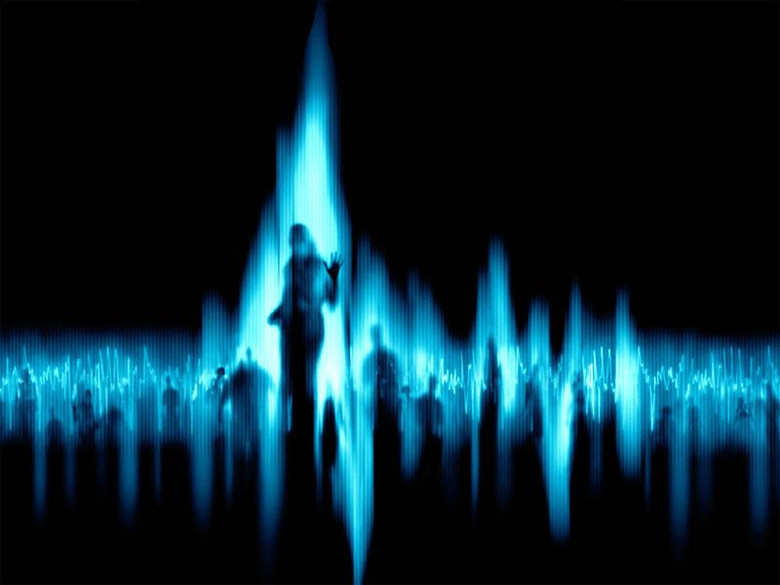 Electronic Voice (Electronic Voice Phenomenon) – a phenomenon that does not lend itself to any logical explanation. Usually they appear on the air suddenly while listening to the radio or watching TV. In the broadcast suddenly there is a failure, and there are interferences through which foreign voices penetrate.

It often happened that these voices themselves were recorded on a tape recorder when he was working in recording mode. To hear them under normal conditions it is not possible, they can be caught only through electronic devices. According to the researchers, this is due to the fact that electronic devices convert the inaudible signal to the ear of an individual into an audible one.

The process of studying electronic voices is very laborious: in order to catch at least a few phrases, researchers have to do many hours of audio recording, and then carefully listen to whole kilometers of film. Most of the entries are rejected, but sometimes there are fragments on which you can hear something incredible – advice, warnings, requests for help and even ordinary greetings.

The most incredible thing is that these voices burst from any electronic devices. If earlier it was only radio receivers and tape recorders, then with the development of technologies, mysterious voices began to appear in TV sets, mobile phones, computers, and even photo and video cameras. Who is trying to communicate with us?

The researchers argue that electronic voices are an attempt by the other world to communicate with our reality, the attempt of dead people to communicate with the world of the living. Confirmation that the afterlife exists, can be found in the following stories.

A resident of the State of New Mexico, Martha Kupland, lost her 21-year-old daughter Catherine in a car accident in 2001. According to her mother, six months after the tragedy, the dead Catherine unexpectedly came through a computer. “Suddenly, I heard Katherine’s voice on my computer, I recognized him immediately …”.

The woman said that her daughter had contacted her, since she did not want her family to continue to mourn for her. The girl gave her all her family and even her favorite dog. Marta Kupland even managed to write down the words that several times repeated the daughter’s voice: “I’m still here.”

A few years ago in the family of Deborah Corruzo from Mexico, a grief happened – her fourteen-year-old son Joy died. “When we told our daughter that her older brother had died, her first words were:” He is with us every day … “. Then the words of her daughter did not attach importance, but she remembered them after a few days.

The woman turned on the radio, but from the receiver only noise and incomprehensible noise were heard. Deborah decided that technical work was going on, and was about to turn off the radio, when suddenly the voice of her deceased son could be heard among the general noise.

This was the first time he had tried to contact her. According to Deborah, after that the deceased son several times contacted her and they talked for a long time. Then Joy said goodbye, and more of his voice did not hear Deborah ever. His last words were: “Ma … I love you”.

The cases of Martha Coupland and Deborah Corruzo are not single. With similar stories, when deceased relatives try to transmit messages, people are often addressed to researchers of electronic voices. The first cases began to be registered back in 1980, and now researchers have accumulated a huge database from around the world.

Someone hears electronic voices through television and radio interference. Some receive files with the voices of deceased relatives and friends by e-mail. In other cases, the computer screen crashes and short phrases appear, accompanied by a voice. Everyone who has experienced such a thing is sure that this is not a rally: in all messages, as a rule, very personal information is kept, which an outsider simply can not know.

Some scientists do not agree with this opinion. They believe that people who have experienced such grief as the death of children simply want to believe that they have not lost loved ones and can somehow communicate with them. In addition, in most cases, people hear electronic voices through some monotonous noise. And our sense organs are arranged in such a way that they can not perceive monotonous things for a long time.

Wuhu wants to hear something definite, and then in the noise it sounds like voices. Perhaps in some cases it is. Many hours of listening to noise lead to a person really starting to hear something. But how, then, to explain that the voice records not only the human ear, but also the equipment? And electronic voices often appear also when the equipment writes complete silence?

The first time electronic voices were discovered by Swedish director Friedrich Jurgenson. In 1959, he filmed a documentary about birds. Jürgenson urgently needed the sounds of singing birds, and he went to the suburbs of Stockholm to record them on magnetic tape. At the time of recording, the director noticed nothing unusual. But in the evening when listening to the film, he heard something incredible. He heard the voices of the deceased, including the voice of his mother.

To disclose this incredible story immediately Jurgenson did not dare. Instead, he made numerous entries for many years. Gradually, step by step, Jurgenson realized that his conjecture about the existence of the voices of the deceased was confirmed. In 1963, the researcher convened an international press conference.

What he showed to reporters caused a real shock. Jurgenson scrolled films with notes of mysterious voices, which build phrases in different languages, recite poems and even sing songs.

After a sensational interview, Jurgenson has hundreds of followers around the world. His audio collection is still being studied. After all, if you can prove that the audio tapes really recorded the voices of people – this will be a real revolution in science.