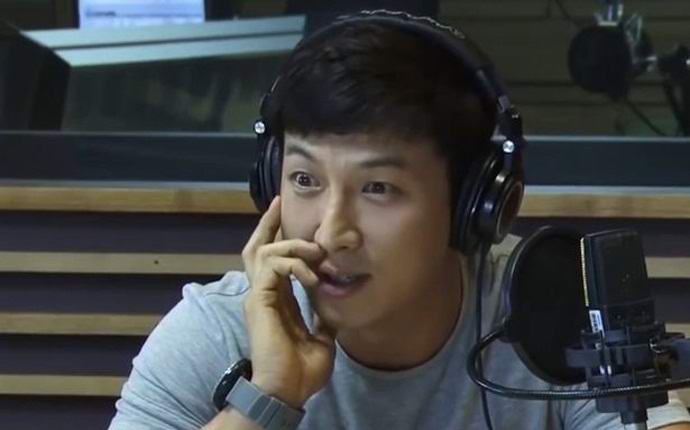 South Korean actor Park Hyung-gon took part in a live radio station “2 O’clock Date Radio, answering calls and letters of their countrymen, as well as telling them about filming a new movie.

One of the callers of the audience asked the movie star to sing a song, and the Korean grant that request, however, something strange happened: the audience and the program participants, and Park gang Hyeon heard a second voice, Podunavski man.

The following video shows thirty-eight the actor and his colleague at the filming of Hong Eun Hee. The radio just called a fan of the artist and asked him to sing, however, Pak Hyon-gon was slightly embarrassed by such a proposal. However, after a brief thought, he agreed to sing a song about love, sung once to his wife. “Then we were not married and only engaged,” explained the actor.

When the man began to sing, instead of one ear suddenly heard two, as if someone invisible was singing along to the Korean. On the face of the artist, an expression of bewilderment. Then, he immediately asked the others: “What happened? Who sang with me?” Presenter replied: “I don’t know, but I heard it too. Weird, huh?” Hong Eun Hee said that mysterious voice did not slip from her ears. Amazed, the actor said: “I thought it was one of you sings to me, but then I saw that you are silent”. “It was definitely not me. I do this song first time I hear,” said no less surprised colleague stars.

“I guess you guys are in the Studio there’s a Ghost that likes to sing,” concludes in the end, the Korean man and women agree with him. Despite the fact that Pak Hyon-gon smiles and jokes, it is noticeable that he is much impressed with the incident. Host and her two guests another minute discussing this mysticism, then switch to another topic.

The record quickly spread around the Internet, giving rise to numerous disputes about what actually happened in this moment live. Some regulars of the world wide web are convinced that no doubt can not be: on the radio really hit the friendly Ghost who knew performed by Korean actor song so decided to sing it in unison. Other netizens believe that the failure occurred in the operation of audio equipment, and Pak Hyon-gon heard own dubbed voice. Others commentators argue that it is a trick and a hoax to advertise the radio station, and the actor could quite most likely to act surprised.