The survivors of the kidnapping shared their memories 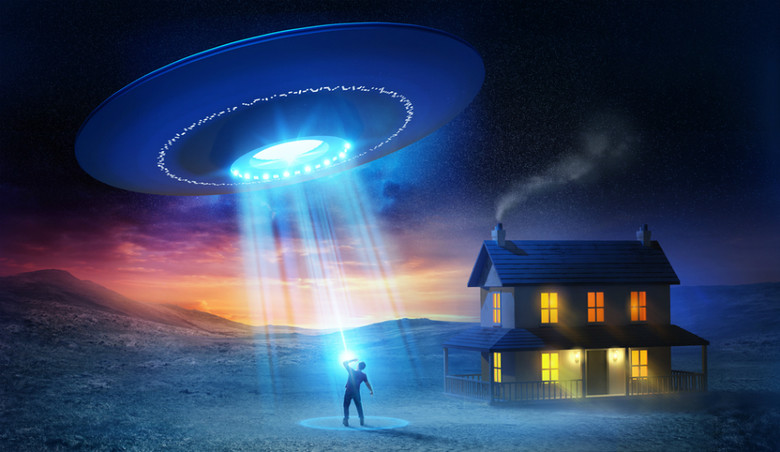 On the American social site Reddit, a topic was created where people, confident that they were abducted by aliens, shared their stories. Some told that in their lives there were cases with a mysterious loss of time, others even observed the aliens personally and communicated with them telepathically.

At the beginning of the topic it was written “If you sincerely believe that you were once abducted by aliens, tell us how it happened” with a request to take the topic seriously, do not write stories, do not joke in the comments and so on.

“It’s not my story, but what happened to my father-in-law and his friends,” writes the preggomuhegggggo user. “He claims that they were abducted and swears that all this is true.” This happened during a hike in the northern Appalachians, there were four of them. They reached the lake, made a halt, had lunch and … what happened next none of the four could not remember later. They just simultaneously woke up and found themselves ten meters from the original campsite. Together with their belongings and tents. But in the center of the new camp was a bonfire, but in the original place they did not bake a fire. They found a measuring tape measure in a backpack and measured the distance between the tents in the old place and on the new one and this unexpectedly turned out to be exactly the same size. My father-in-law is not mentally ill and does not use drugs, but he still refuses to go on this route.

Another user with the nickname Pun-Chi is not sure if the aliens really abducted him, but he experienced a strange experience that he can not explain to anyone else and who he believes was associated with the aliens.

– I was still a schoolboy, it was a hot summer evening and I was preparing to sleep. I remember sitting on the bed and I had a premonition, as if something bad was going to happen. I felt that it was very close, that it was something terrible, as if my body understood this, and my mind could not realize it yet. I sat on the bed for no more than a few seconds, then slowly turned to look around the room and suddenly realized that it was already morning. I was still dressed. A second ago there was night and I felt horror and suddenly the morning of the next day came and by my sensations only one second passed. I went downstairs and tried to tell others what had happened, but they listened to me as if I were talking about grass on the lawn and so I left my attempts to share what excited me.

TheLittleCas user, before telling his story, complains that people laugh when they listen to his story, they think that all this is an invention.

– Once I saw a horror film about aliens and somehow he scared me to death. So much that I could not sleep properly for six months. I was 16 years old. I then hardly slept for several days and maybe it was all a hallucination, but it looked very real. A white owl flew from the window and sat on the end of my bed. The last thing I remember is how she approached me. I woke up the next day with the feeling that I slept well, but on my body I found a few bruises. It was all so strange, I had never had any trouble sleeping before.

The user zoeywilsonn says that his case was six years ago and he still remembers him, because it greatly upset him and his mother.

– I was 14 or 15 years old and I slept in my room. Suddenly in the middle of the night I woke up and looked at the phone to find out how long. It was one o’clock in the morning. I remember. That at that moment I was thinking about nothing, just sat and looked indifferently on the wall of my bedroom, as if my brain was asleep, and the body was gone. So it took about two minutes and suddenly my mom ran into my room. At that moment, my state of trance completely disappeared.

Mom told me that she suddenly felt that she had to come here urgently and check if everything was ok with me. When she left, I again looked at the time and there was 4:37! That is, I sat and looked at the wall for three hours! To this day, I do not understand what it was, why I did it and what woke my mom and so worried that she ran into my room.

The user kevon87 said that he had the strongest irrational fear from the very childhood when he saw the image of the so-called Gray aliens (Grace).

– My hair on the back of my head gets up when I see them on TV or in magazines. If I saw a book with their image, I asked to turn it cover down. I have no idea where I got this phobia, but I have a suspicion that I was kidnapped as a child. I have never seen a UFO and I do not have memories of kidnapping, but there is something that I would call a strange experience. I was then 6 or 7 years old and I went to Washington with my mother on the train.

I remember how I lay at night and looked out the window and suddenly realized that it was not night, but the day had come and I was looking at the daylight. My mother behaved strangely and all the people on the train were some kind of nervous. Another case was when I was a teenager. I woke up at night and was completely paralyzed and at that moment I heard a strange fading sound. In my head flashed a random thought “Thank God they go.”

User TommyVillain wrote in the comments to this story that he is also very much afraid of images of gray aliens: “I am a 35-year-old man, but this reaction has not changed since I was a small child.”

User Termi89 is confident that the aliens have abducted him several times and that he communicated with them telepathically.

“It probably happened every 2-3 years since I turned eight.” I was just examined, there were no operations and they behaved like curious people. They asked me with telepathy how I was doing and how I felt. The last abduction was about 6 months ago. I remember that I woke up and saw figures coming into the house through the window of my bedroom without waking my friend and dogs. One of them seemed to me interested in one of my dogs, but something scared him off.

User DiscoCat81 says that she had a very unpleasant feeling, as if she had been raped and she saw a gray shadow.

– I lay in my bed and looked at the reflection in the mirror on my dressing table. I thought I saw a tall gray figure standing by my bed. Suddenly I noticed some movement and I was so scared that I could not move and look at the edge of the bed. I saw that something had crawled onto my bed and I remember a feeling of horror. I heard the creak from the movement.

The next moment I opened my eyes and it was morning. I did not remember anything else, but the room was empty. I felt dirty and devastated. Maybe I was abducted and experimented or a demon attacked me and raped me. Call me psycho and maybe there is a logical explanation, but never felt so frightened and subjected to violence.

User PM_ME_YOUR_GHOST_PIC began his story with the word “Scary.”

– I remember when I was 9 years old I was lying in bed and could not move, and a bluish light was pouring from the window. The next moment I fly through the window, and my blanket falls to the floor. I remember that there were other children there and there was a tall creature, like a mantis in a white coat. It stuck a needle into my legs. It was not painful.

In comments to these and other frightening stories, users made their assumptions that there may be something from what was told was a nightmare or sleepy paralysis. There were suggestions that the narrators were taking drugs or were drunk, but the authors denied it.