The woman died on 27 minutes told about that light 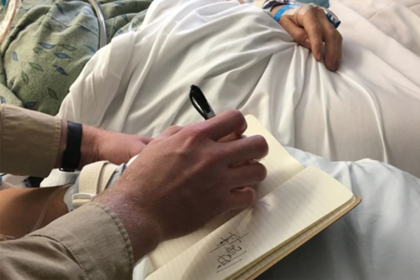 A resident of the American city of Phoenix, Arizona, experienced a clinical death and spoke about their feelings. Her story shared edition of The Mirror.

In February 2018, Tina Hines suffered a heart attack. Her husband, Brian, gave her cardiopulmonary resuscitation, but soon the woman’s heart stopped again. He called an ambulance; the paramedics who arrived at the scene launched Tina’s heart several times on the way to the hospital. According to the doctors, for 27 minutes the American was “practically dead.”

At the hospital, the doctors used a defibrillator, and the woman connected to the droppers and the ventilator, woke up. She asked the doctors for a pen and a notebook and wrote: “This is true.” Tina was asked what she meant, and she pointed to the sky.

When an American woman could speak, she described the afterlife as follows: “Everything was so real, the colors were very bright.” The woman claims to have seen a figure resembling Jesus, in front of a black gate, from which yellow light flowed.

The story of Tina Heins was told by her niece Madie Johnson. She was so impressed by the aunt’s story that she had a tattoo on her wrist with this inscription.