The woman found a mysterious treasure, which she learned from a dream 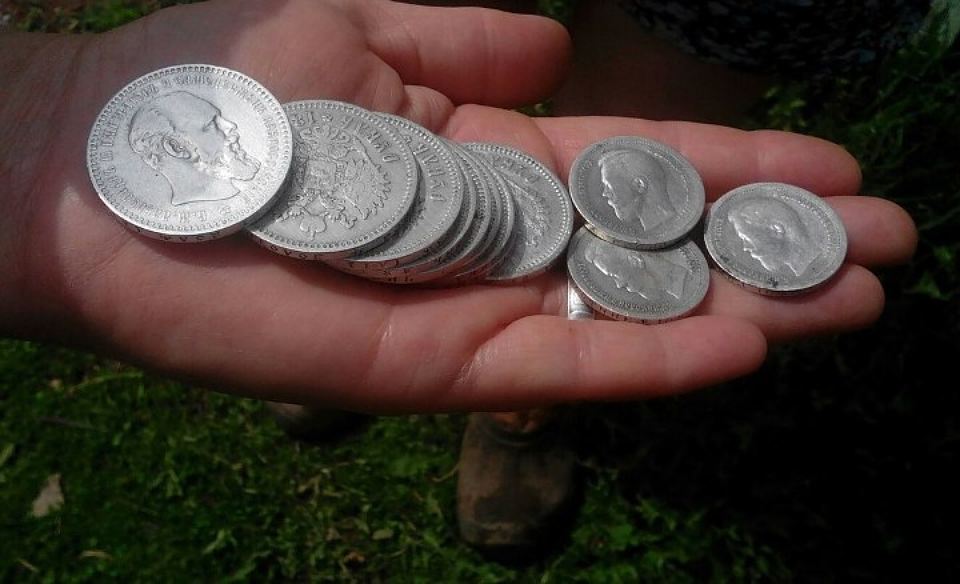 Someone hid in the foundation silver coins of Nicholas II. The 40-year-old Elena Vavilova from the village of Aashap, in the Ordinsky district of the Perm region, is not a gold digger at all, but she is always lucky for precious finds. One day she found a coin from the Catherine’s era and an ancient cross. And then she had a truly mystical story.

– My brother died 10 years ago, – Elena recalls in an interview with Komsomolskaya Pravda. – Five years later, a neighbor came to us and admitted that his brother came to him in a dream and said, they say, under the grandmother’s house buried treasure. None of us then believed.

At the end of April, 2017, the family decided to get rid of the family house – the building was dilapidated and gave some troubles. For hard work, experts were hired, and construction rubbish went to clean Elena and her sister.
“We began to clean out the area left from the house, and suddenly we saw something flashing in the ground, in the place where the wall was,” says Elena Vavilova. “We look, and there are a few silver coins in a broken pot.” Swept! We ransacked all the land and construction debris that had already been thrown away, and eventually found 14 coins – rubles and fifty kopecks.

Money, says Elena, in good condition, shiny, all the inscriptions and drawings are visible. All coins – the reign of Nicholas II, dated to the 90th years of the 19th century. On them there are also inscriptions: “pure silver 2 spools 10.5 lobes”.

After thinking, Elena’s family decided to divide the find equally. As a result, the woman got only two pieces, the rest are kept by relatives. To evaluate or sell them, Elena does not want to – let her be like a memory.

“It’s not for nothing that the deceased in a dream always tell the truth,” the woman reasons. “After all, we just laughed, and in the end – that’s how it happened.”
It remains a mystery who buried the coins under the hood. Elena’s family settled in this house in 1979. Prior to this, the grandmother lived here for about five years, and even earlier – the watchman of the fire service Asapa Alexander Kuleshov, but further information about the residents are lost.

Can Elena and her family leave the coins themselves?

– If the treasure was found by the owners of the land, it belongs to them by right. The only thing is that coins can represent cultural value, and in this case, the state will take them and pay the author of the find an amount equal to half the value of the treasure. Of this half, a tax on income of 13 percent will also be deducted. To find out whether the coins are valuable or not, they need to be brought to the police, where they will draw up an inventory statement and pass it for examination. It is important to know that the appropriation of a thing that is of cultural or historical value is a crime.