“There’s a dead woman lying there,” a three-year-old boy said, pointing to an empty spot 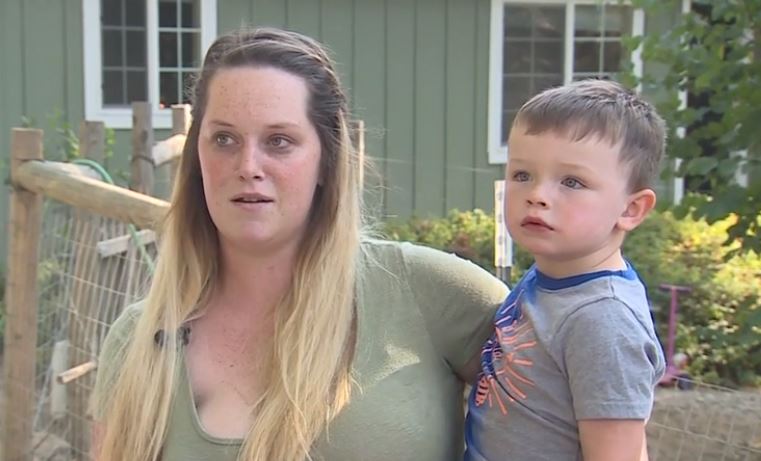 A family from Coarsegold had a very strange experience in the mountains of Madera County Wednesday, prompting the Madera County Sheriff’s Office to investigate further.

Jake Gorba, his wife Victoria and their three children decided to hike Shutey Peak on Wednesday. The family stopped for lunch, at which point three-year-old Cayden started talking to someone.

“He was just sitting in our car pointing to a certain spot in the meadow,” Victoria said.

Cayden told his parents that there was a woman lying face down in a nearby meadow with her legs tucked up. According to Kayden, the woman couldn’t speak or move and needed help.

“He told us, ‘Mom, she’s dead, she needs our help,’ and then I got goosebumps and thought, ‘Oh my God,'” Victoria says.

It all happened when Gorb’s family stopped for lunch.

“He says, ‘Yeah, there’s a woman in a black shirt standing in a meadow,’ and I got goosebumps,” Victoria says: “She needs our help, but she’s dead, lying face down with her legs tucked up and she can’t talk to me, but she’s there, we need to help her.”

Jake and Victoria looked around the meadow, but saw nothing.

He kept repeating, “Trust me, trust me, Mom,” and I answered: “I believe you, you know I believe you 100 percent,” Victoria said.

The family was so frightened by what the three-year-old was so insistent about, they decided to end the day early and head home. They then posted about the strange incident on Facebook.

“We posted about it on Facebook to see if anyone knew anything about the area and found out that there was a woman who looked like the one he described to us missing within a 5 mile radius of where we were,” Victoria said.

Sandra Hughes went missing from the area in June 2020. According to Victoria, a detailed description of the woman’s hair and clothing made by her three-year-old child matched Hughes’ description.

“He was very convinced we had to help her, and he described in great detail, ‘She has a black shirt, blue jeans and blue hair, Mom,’ which was an accurate description of her when she went missing,” Victoria said.

“The corporal handling her case contacted us via Facebook and said: “Hey, we need more information and we want to bring you over there and see if you could point us in the right direction.”

Corporal Williams has been investigating the disappearance of Sandra Hughes since the investigation began.

On Thursday, two Madera County Sheriff’s deputies, along with Jake and his son, returned to the Meadowlands to investigate. The deputies found no new evidence, and the case remains open.

“If she may have been a ghost looking for help, I hope the boy could help the family find her because it’s been a long time since she disappeared,” Victoria said.

The Madera County Sheriff’s Office confirmed that they did receive a report and went to the scene to look for any leads, but no new evidence was found.