Those who survived a clinical death told about Hell and Paradise

– Hell? These are snakes, reptiles, an intolerable stench and demons! – said the nun Antonia.

This woman survived a clinical death during an operation in her youth, being then an unbelieving woman. The impression of the infernal torments experienced by her soul for a few minutes was so powerful that, after repenting, she went to the monastery to pray for sins.

“Paradise?” Light, lightness, flight and fragrance, – Vladimir Yefremov, the former leading engineer of the OKB “Impulse”, described his impressions after the clinical death. He presented his posthumous experience in the scientific journal of the St. Petersburg Polytechnic University.

“In paradise, the soul knows everything about everything,” Efremov shared his observation. – I remembered my old TV set and immediately found out not only what lamp it had faulty, but also what installer it put, even his entire biography, up to scandals with his mother-in-law. And when I remembered the defense project, on which our design bureau was working, the decision of the most complicated problem, for which the State Prize was later received by the collective, immediately came up.

Physicians and clergymen talking with reanimated patients, mark the common feature of human souls. Those who were in heaven returned to the bodies of earthly masters calm and enlightened, and those who looked into the underworld could not depart from the horror they saw.

The general impression of people who survived a clinical death is as follows: paradise is above, hell is below. Similarly, the Bible speaks of the structure of the afterlife. Those who saw the state of hell described the approach to it as a descent. And who went to heaven, they flew.

In some cases, when a person was absent from the earth for a very long time, he saw on the other side of the border the same pictures of hell and paradise that draws Scripture. Sinners suffer from their earthly desires. For example, Dr. Georg Ritchie saw killers who were chained to their victims. A Russian Valentina Khrustaleva – homosexuals and lesbians, fused with each other in shameful poses.

One of the brightest stories about the horrors of the underworld belongs to the American Thomas Welch – he survived after the accident at the sawmill.

– On the bank of the fiery abyss, I saw several familiar faces who died before me. I began to regret that I used to take little care of my own salvation. And if I knew what was waiting in hell, I would have lived quite differently. At that moment, I noticed someone walking in the distance. The face of the stranger radiated great strength and kindness. Immediately realized that this is the Lord and that only He can save the soul, doomed to agony. Suddenly the Lord turned his face and looked at me. Only one glance of the Lord – and in an instant I was in my body and came to life. 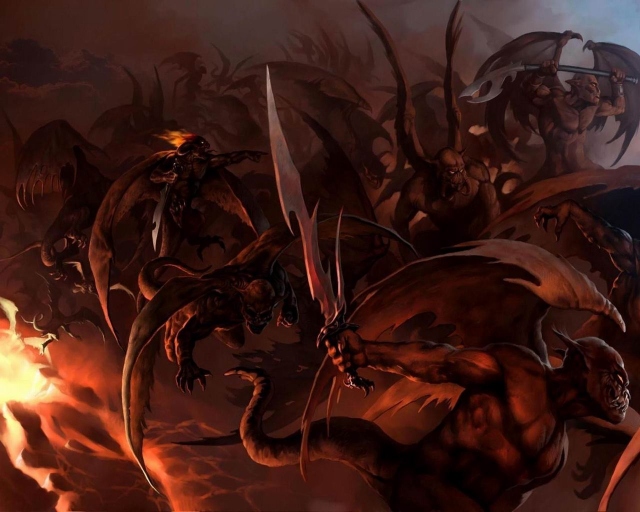 Often, after visiting the next world, people take the church order, not hesitating to admit that they saw hell.

Pastor Kenneth Hagin suffered a clinical death in April 1933, when he lived in Texas. His heart stopped.

“My soul came out of the body,” he says. – Having reached the bottom of the abyss, I felt near the presence of some kind of spirit, which began to guide me. At this time, over the infernal darkness, a powerful voice sounded. I did not understand what he said, but I felt that it was the voice of God. From the power of this voice, the entire underworld fluttered – the leaves in the autumn tree tremble with the wind blowing. Immediately the spirit released me, and the whirlwind carried back up. Gradually, the earth’s light began to shine again. I was back in my room and jumped into my body as a man jumps into his trousers. Then I saw my grandmother, who said to me: “Son, and I thought you were dead.”

Kenneth became a pastor of one of the Protestant churches and dedicated his life to God.

Descriptions of paradise are always the opposite of stories about hell. There is a testimony of one of the scientists who, as a five-year-old boy, drowned in the pool. The child was found already lifeless and taken to the hospital, where the doctor announced to his family that the boy had died. But unexpectedly for all the child came to life.

“When I was under water,” the scientist later told me, “I felt that I was flying through a long tunnel. At the other end of the tunnel, I saw a light that was so bright that I could feel it. There I saw God on the throne and below the people, probably the angels that surrounded the throne. When I approached God, He told me that my time had not yet come. I wanted to stay, but suddenly found myself in my body.

American Betty Maltz in the book “I’ve seen an eternity” describes how, right after her death, she was on a wonderful green hill. She was surprised that, having three surgical wounds, she is standing and walking freely, without pain. Above her was a bright blue sky. There was no sun, but the light was spreading everywhere. The grass under her bare feet was of such a bright color as she had never seen on earth, every blade of grass is as alive.

The hill was steep, but the legs moved easily, without effort. Around Betty saw bright flowers, bushes, trees. And then I noticed a male figure in my robes on my left. Betty thought it was an angel. They walked without talking, but she realized that he did not know her. Betty felt young, healthy and happy.

“I understood that I have everything that I ever wanted, was everything that I ever wanted to be, went to where I always dreamed to be,” she said when she returned. – Then my whole life passed before my eyes. I realized that I was selfish, I felt ashamed, but I still felt caring and love around me. We with the companion approached the wonderful silver palace. I heard the word “Jesus”. In front of me a gate of pearls opened, and behind them I saw a street in golden light. I wanted to enter the palace, but I remembered my father and returned to the body.

About the shining gates and a palace of gold and silver in paradise, and told Russian Boris Pilipchuk, survived a clinical death: “Behind the fiery gates, I saw a gold cube shining. It was huge. ”

The shock of the bliss experienced in paradise was so great that after the resurrection, Boris Pilipchuk completely changed his life. He stopped drinking, smoking, and began to live according to the commandments of Christ. His wife did not recognize him:

“He was often rude, but now he is always affectionate and affectionate.” I believed that it was him, only after he told me about the cases about which only we knew together. But at first to sleep with a man who came back from the other world was scary, as if with a dead person. The ice melted only after the miracle happened – he named the exact date of birth of our future child, day and hour. I gave birth at the time he named. She asked her husband: “How could you know this?” And he replied: “From God. After all, the Lord sends all the children to us. “