Where in Stavropol ghosts? 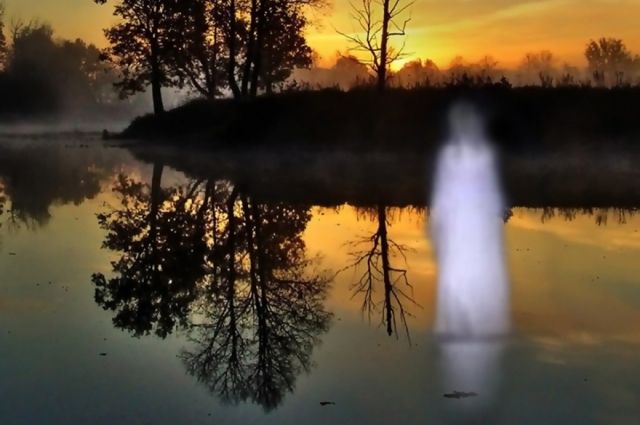 The once beautiful two-story building with a tower in three floors and ornate balcony vacant for many years. Thrill come here from all over Russia. Those who used to sleep there, telling about the strange shadows, the howls and moans.

Say that in a nice mansion lived a kind of Georgian Princess. To visit she often invited the men for dinner but poisoned their wine, and then buried in the yard of the mansion. When the moon is full it is still possible to see the restless souls of deceived men. 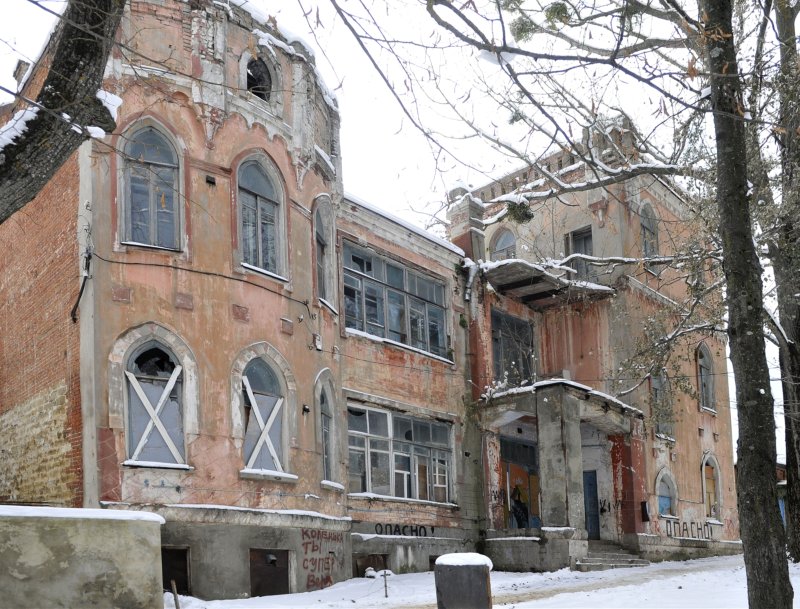 The hostess is often invited to his men and poisoned them with wine, and then buried in the yard of the mansion.

“The direct documents on the history of the house could not be found, says the historian, Herman Belikov. – I collected information from excerpts of works by local writers and poets of those years, from newspaper clippings, surviving letters. Found out that the house belonged to a merchant Sergei Derevshikova. Then the building was sold to Agha Bala Guliyev, “flour king”. Before the revolution he had a mansion to rent. At first, it removed one of the priors of Holy-Mariinsky convent. Then the representatives of the Armenian Church. Their specific clothing with pointy hoods back then gave rise to eerie stories. During the revolution and during the Civil war there was a hospital. One fateful day it had killed almost 30 soldiers. After the Civil war, on the ground floor of a children’s library. Then settled here a tuberculosis dispensary. For fear of Contracting the house tried to avoid. At the end of the last century “the castle” was given to the needs of metalsite, but after some time, recognized the emergency and was closed for restoration”.

It is said that the Prince Liberdova died 17-year-old darling daughter, near the tomb, he began to build a mosque in her honor. Therefore, on the balcony of the minaret in the Holy festival of Ramadan at midnight under the full moon there was a silhouette of a young girl in white.

“In the early twentieth century along the street Morozova (as it is now called) built a mosque by the famous architect Paul Pieces, says Herman Belikov. Muslim society in Stavropol was small and poor. It was headed by the Prince of Davlet-Girey Beardow. The house was built, but not finished interior finishing work. Then came the First world war, it was not up to the mosque. Just at this period Liberdova died 17-year-old daughter, somehow it was buried in the garden, near the unfinished cult building, although in Stavropol and there was a Muslim cemetery (adjacent with the current Danilovsky cemetery at the intersection of Lermontov and Dovatortsev). This gave food for the imagination. In the eighties of the last century, the premises were given to the art gallery of Grechishkin”. 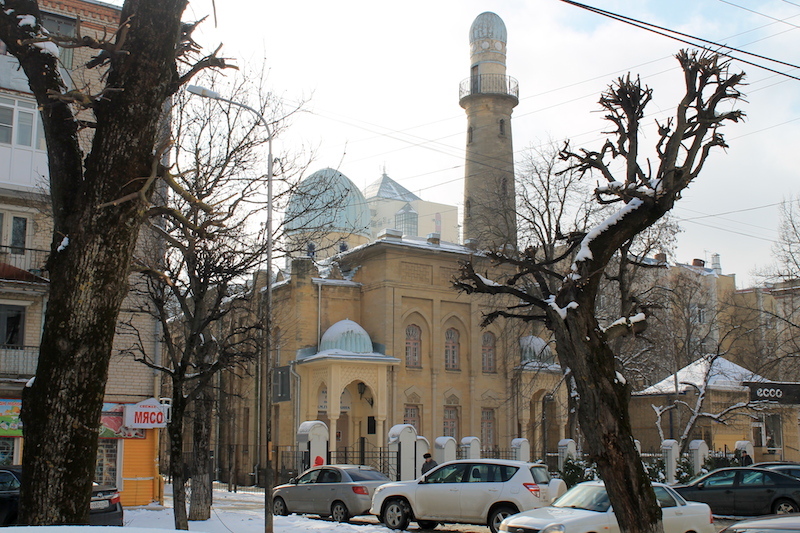 On the balcony of the minaret in the Holy festival of Ramadan there is a silhouette of a young girl in white.

Abandoned, but the once magnificent three-story haunted mansion is in the resort area of Pyatigorsk.

They say that the lady of the house Elsa, abandoned by her husband, was so moved by it that he died of grief (according to another version – it was bricked up in the wall during the revolution). Still the Ghost of Elsa’s wandering around the house and guards the hidden jewels. 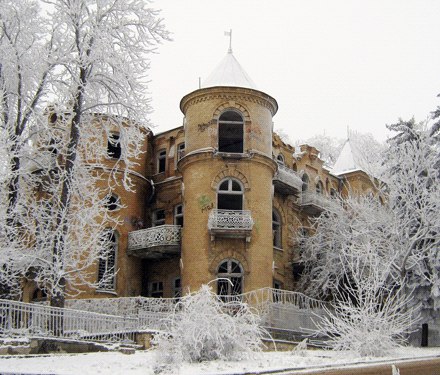 At home still throw the Ghost of the mistress and guards her jewels.

Gukasov built this house for his wife Elizabeth Vlasyevna, explains researcher of the Pyatigorsk Museum of local lore Olga Polyakova. – Elizabeth is the name in the Russian version, in fact her name was Elsa. When the mansion was built she lived there with her husband divorced. The house has been turned into a luxury hotel, with well trained staff and excellent cuisine. In 1922, the year the building was nationalized, and made him the sanatorium “Proletarian”, then the sanatorium “Krasnaya Zvezda”. Elsa moved to another house, also built by her ex-husband. But she was evicted from there, settled there the families of members of the NKVD. And Elsa disappeared. There were rumors that she was killed. But when the Great Patriotic war, in 1942, during the occupation of Pyatigorsk, she returned, hoping that the Germans will return to her home. After the liberation of Pyatigorsk, an elderly woman was begging for her to live in this house, promised to give up the house jewels. But she refused. According to various reports, she went to live out their lives in Nalchik, Stavropol. In Pyatigorsk it was never seen again”.