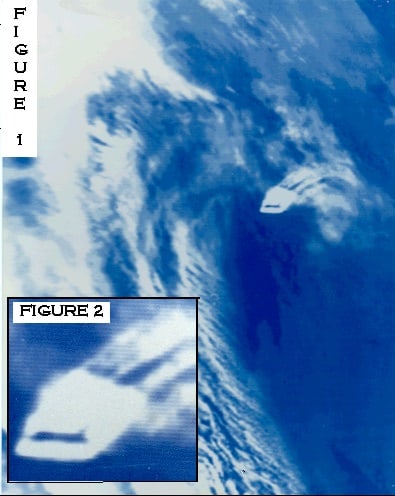 The U.S. government used to collect and collect data about UFOs from its Defense Support Program (DSP) satellites, and is now expanding its network with the “private” but Pentagon-funded SpaceX project.

Reconnaissance satellites can be used to check for objects within 10 days of observation. It should be noted that since the mid-1960s, the Department of Defense (DoD) has used low-orbit satellites to provide the military with important environmental information (Defense Meteorological Satellite Program, DMSP) and act as a tactical warning and attack assessment system (Defense Support Program, DSP). Each DMSP satellite has a 101-minute orbit and provides global coverage twice a day.

The North American Aerospace Defense Command (NORD) went into full alert when it saw this picture taken by the satellite and first seen at Elmendorf Air Force Base in Anchorage, Alabama, on Oct. 11, 1978. It remained classified until recently when a member of the staff discovered it and published it anonymously (the photo was published March 3, 1986).

The photo taken by the satellite in 1978 shows a rectangular aircraft without wings and with 4 inversion marks, flying at 45,000 feet (14 km) and traveling at Mach 6 or more. The image was taken about 40 km southwest of Vladivostok, a Pacific port city in Russia.

The color photograph was obtained from a DMSP satellite negative. It showed a rectangular object that looked like a “car without wheels.”

One expert’s description: “Because of the rather sharp outline and the dark rectangular area within the image, the UFO looks like a car without wheels, viewed at an angle from above. Behind the object, curved white lines can be seen, similar to the steam plumes produced by the exhaust of airplane engines. The unknown object in the photograph was not a cloud, satellite, meteor, or airplane flying near the Earth’s surface.”