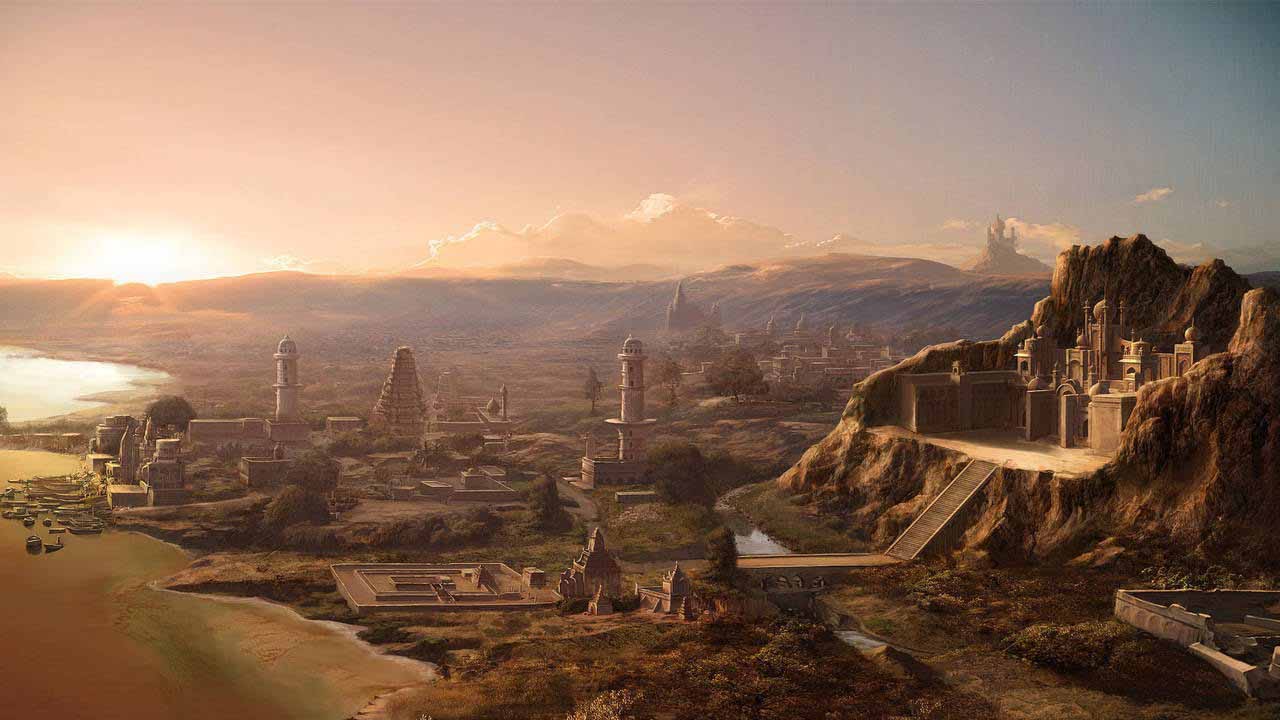 It is officially known that humanity came to a civilized form of existence about five thousand years ago. It was then that the first cultural communities began to appear and cities were created, the makings of a social system appeared with all its inherent characteristics – the production of goods, trade, and the centralization of power.

Thirty years ago, no one doubted that deeper time layers should be characterized only by primitive communal relations. Today, an increasing number of specialists are affirmed in the opinion that in much earlier periods, even before the period of Atlantis and Ancient Egypt, highly developed civilizations already existed. Such a leap in antiquity, some scientists explain by the intervention of aliens, for which there is material evidence, and the aliens themselves often acted as gods in many ancient cultures.

The Egyptian pyramids, the Sphinx statue, the Mayan and Stonehenge pyramids, and other similar artifacts still pose a lot of questions for researchers. The construction of such structures, even taking into account today’s modern building technologies, is a very troublesome and costly business. Several thousand years ago, people had no idea even of geometric laws, let alone the presence of the simplest measuring instrument. Even building a few meters of straight-line fence would be an impossible task, not to mention tall, multi-meter structures.

Nevertheless, today we can personally observe that not only the pyramids in Egypt, but also more ancient similar structures in Peru and Mexico are perfectly executed. The topographic conditions were met, and since the objects have not collapsed over so many years, we can say that more serious preliminary calculations were carried out. All this requires specialized optical equipment, images from space, without which no object of such a scale can be erected.

Of particular interest are the buildings of the Sumerian period, located on the territory of modern Turkey and Iraq. Today this people is considered the most ancient and rightfully bears the title of the first civilization. The fact is not excluded that it was from the Sumerians, who mysteriously disappeared from the face of the Earth, that the Egyptians and Atlanteans subsequently received their technologies. Scientists managed to find several religious buildings, which are entire complexes covered with a thick layer of sand. During the excavations, it was found that their age is more than 10 thousand years, while the structures were made again in compliance with all engineering rules. Inside, the researchers found a significant number of wall reliefs and stucco moldings, among which there was a small figurine, very reminiscent of the Egyptian Sphinx. Although the roof of the building has not been preserved, all the supporting columns remained inside, installed in a strictly defined order. All these details indicate that the construction was carried out using high technologies.

Since no characteristic signs of ancient settlements were found in the vicinity of the complex – graves, household items, fireplaces, etc., it can be argued that the structure was used periodically and only for carrying out some important rituals. Scientists did not find any previous historical layers, the impression was created that the entire building was originally conceived and built on a specially selected place. The reason that she ended up in a layer of sand was not a natural cataclysm at all, it was established that this was done artificially. It is impossible to do such work manually, that is, again some kind of powerful technology was involved, which could only be provided by an alien civilization.

At the same time, the study of the well-preserved Mayan pyramids in Mexico has yielded sensational results. Scientists have received another proof that under the guise of various gods, among the ancient peoples, aliens were meant. So, studying the wall bas-reliefs in these pyramids, an image of a man in a spacesuit was discovered. Today there are two versions of the so-called astronaut – this is an alien depicted, the same as he moved between people, or it is an earthling going on a flight. It is symbolic that in the images of the gods of ancient Egypt, you can also very often find elements resembling parts of a space suit. By conducting a comparative analysis of these two images, scientists came to the conclusion that the Egyptians were familiar with similar technologies, or they were visited by aliens who later became gods.

After the translation of ancient manuscripts and inscriptions on the walls, it became clear that most likely the aliens arrived on Earth not from afar, but from the closest neighbor – Venus. This fact is confirmed by the presence of an ancient observatory built by the Maya, the hole in the ceiling allows you to observe only this planet. Such close attention to Venus can be explained by its proximity to the Earth and, accordingly, its large size. This feature allows you to see it well even with the naked eye, so it is possible that the ancient peoples considered it to be a dwelling place for the gods.

Today’s Venus, according to scientists, is completely unsuitable for life. There is a persistent greenhouse effect on the planet, due to which the surface temperature reaches 400 ° C. The sun’s rays do not penetrate well because of the constant clouds, mostly composed of a mixture of carbon dioxide and sulfur, which in turn causes constant rain of sulfuric acid. It is assumed that during the time of the Sumerians, Venus was completely habitable, it was inhabited by a highly developed race that possessed the necessary technologies to conquer space. It was its representatives who came into contact with earthlings and passed on the necessary knowledge, it is possible that they were also the founders of Atlantis and the Sumerian civilization. If everything is more or less clear with the Atlanteans, their state went under water, then the Sumerians simply disappeared. Many researchers have the impression that an entire civilization has left the planet, since there are no traces of mass exodus, no signs of attack or destruction at all. Everything suggests that people en masse and planned embarked on a ship and disappeared …

It is not known whether their end point of travel was the same Venus, or somehow they were transported to another region of our planet. One thing is for sure – the Venusian clouds do not make it possible to explore the surface of the planet visually, and sending any aircraft there ends in failure. Every time after landing, some kind of failure occurs and communication is terminated. Unlike Mars, where more information was obtained, Venus carefully hides its secrets. Or they are hidden by someone who lives on this planet and does not want to come into contact with neighbors.

It must be said that the Sumerians are not the only ones who mysteriously disappeared, leaving behind a rich legacy and many questions. Scientists are trying to draw analogies between this civilization and others, more recent, for example, the Mayan tribe. Many artifacts confirm that this people, along with the Sumerians, gained access to fantastic, even for our time, technologies. Although the civilization did not disappear, like the Sumerian, but simply fell into decay, the reasons for the rollback are still not clear. It is most likely that for some reason contact with the aliens has ceased, it is possible that even because of the cataclysm on Venus itself.

Without the support of the gods from the sky, without new technologies and control, the Mayan civilization ceased to receive technology, and the religious fanaticism of the priests, which came out on top in such cases, was the beginning of a rollback. As a result, on the eve of the colonial conquest in the 16th century, the Maya could not oppose anything to European firearms, and were colonized. A similar scenario can be traced in the history of the development of the ancient Egyptian civilization. Possessing exceptional knowledge and technology, who managed to build epochal structures, the Egyptians were subsequently conquered by the Romans. Such a fall also suggests that the gods who patronized them, who were in fact aliens, also disappeared for some reason.

Thus, we can conclude that some peoples were chosen for the aliens, therefore they disappeared, while others were simply supervised. In addition to the Sumerians, some of the tribes of the North American Indians, who for unknown reasons, left their places of residence on the plains, went to live in caves, and then disappeared altogether, can also be attributed to the chosen ones. There were no signs of an attack or panic when leaving, but on the walls of the caves there were drawings of incomprehensible creatures resembling aliens in spacesuits.

It was once believed that the Earth completely revealed its secrets to mankind, however, with the development of research technologies, we are increasingly convinced that this is not the case. It is possible that the level of 10 thousand years is far from the last limit, as excavations of Sumerian and other settlements continue. With the help of electromagnetic research, it was possible to determine the presence of even more ancient historical layers, which means that the question of the first civilization remains open.