Another mutilated cow found at a ranch in Central Oregon 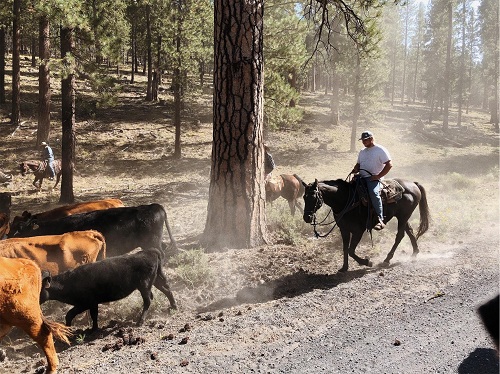 Phi Stubblefield, September 12, was checking his cattle near Dixie Ranch Road outside Yuki when he saw something lying in the woods. He walked over, peering closer when his eyes saw the dead body of a cow lying on its side.

“The dead cow didn’t surprise me at first …” Stubblefield said. “When I looked closely, you know, it didn’t look like it should look like if the cow died on its own or was attacked by animals, or if it was killed by a man.”

The skin around the cow’s mouth was cut, and the tongue, glands and genitals were completely removed. They also cut off a piece of the ear.

“This is very unusual,” Stubblefield said. “There was no blood.”

He found no traces indicating that someone walked here, no animal tracks, no traces of people or cars. Stubblefield called the authorities to report the incident.

According to Stubblefield, Oregon State Police responded and arrived at the scene on September 12 and confirmed it was a mutilation.

“We were lucky because we found the cow within a few days after she was killed, so it did give some good photos and hopefully good evidence,” he said. “What’s even more disturbing is that we have identified this as a maiming murder and this is the third such case in recent times,” said a police officer.

Stubblefield raises cattle on a ranch between Pendleton and Ukiah. He said two other potential injuries had occurred in the past six months. One was his own cow, which was found in “an extremely remote location not connected to this place,” and the other was from another rancher. This cow was found at Stubblefield’s lot.

The scene that Stubblefield stumbled upon bears an unsettling resemblance to thousands of other similar cattle and livestock mutilations in the western United States that have been disfigured.

In each case, the body of a cattle is usually found with tongues and genitals neatly removed without any sign of struggle or blood. In the 1970s, hundreds of these reports spurred an FBI investigation into the phenomenon, which was largely unsuccessful, which the agency attributed to a lack of jurisdiction where the livestock was found.

In July and August 2019, five bulls mutilated at Silvis Valley Ranch in Harney County made headlines in Oregon, and later in September of that year, another mutilation was reported at the Lake-Deschutes County border.

A cow was found mutilated earlier this year near Wheeler County on July 23, according to a Capital Press report. The carcass was found lying upright with its legs tucked under it. 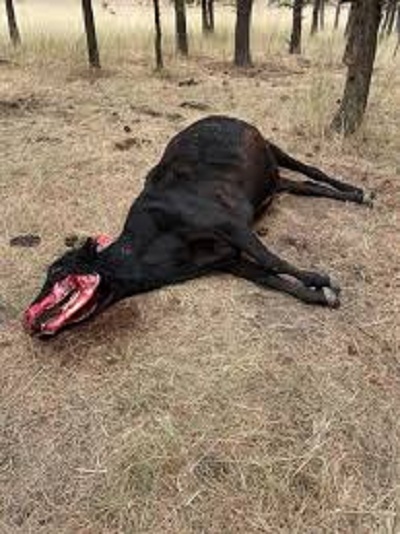 “It’s very scary and now I don’t leave the house without a weapon,” Stubblefield said.

At the moment, the carcass of Stubblefield’s mutilated cow remains in the same place where he found it. Although there were none prior to the discovery of the dead cow, surveillance cameras have now been installed in the area to monitor her.

According to Stubblefield, these cameras revealed another unpleasant detail: predators and scavengers avoid carcasses and refuse to eat them. According to him, coyotes approached this place, but kept their distance, and birds of prey flew up to nearby trees, but then flew away without touching the decaying carcass.

Another detail was odd.

The owner of a nearby rancher, Wilberg, became seriously ill after touching a dead cow. Nobody touched this cow with their bare hands anymore. Even the police did not take samples, they only took pictures.

“He was vomiting,” says his wife, Clancy Roth. “He went over there and looked at that cow and touched it, and then that night he was bad.”

Clancy Roth says Wilberg was the only person on the ranch to get sick and the only one to touch the cow.