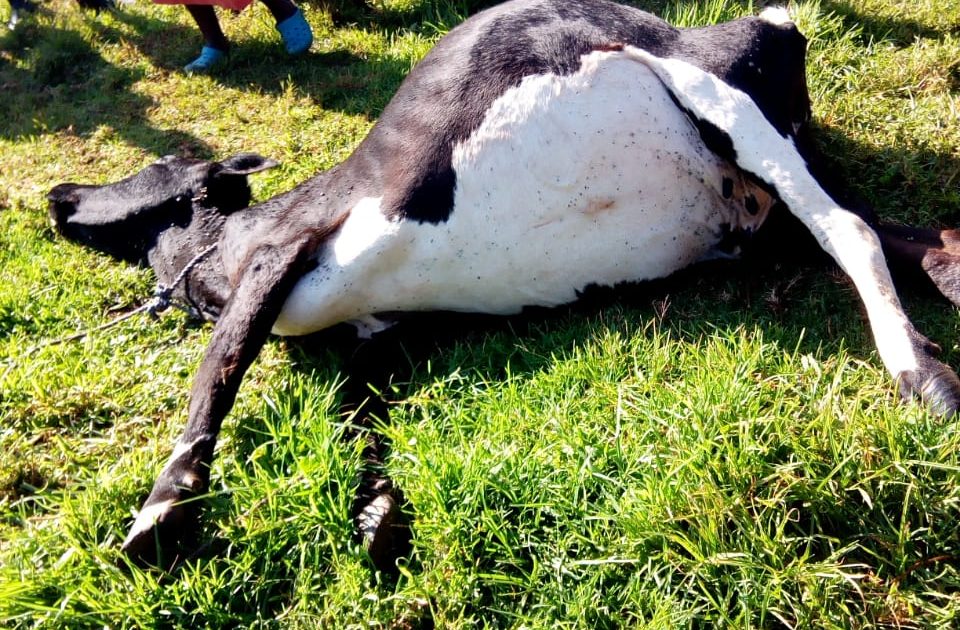 Unknown “rippers”, removing organs from cattle using very technological methods, have reached Kenya. Recently, a surge in such cases has been recorded around the world.

Kericho, a farmer from the village of Chebagal in Bureti district, is still in shock after unidentified men maimed his ten-year-old pregnant cow on Thursday.

The udder and other organs were removed from the cow by bloodless excision, and the unborn calf was also removed in the same way.

Keegen said he woke up around 6:30 am to milk milk, but he found one of his cows dead.

“I woke up to milk my two dairy cows, this is a normal job I do at 6:30 am, and I was shocked to find that my beloved cow was dead.

These evil inhumans mutilated my pregnant cow, and to my surprise, there was no trace of blood in the immediate vicinity or around her wounds.

We slept soundly and it worries me why we didn’t hear any sounds coming from the cow pen at night, where I keep seven of my animals, ”Keegen added.

The father of five added that his cow, valued at 70,000 shillings, was producing 10 liters of milk a day, and her death was unbearable as he sold milk to support his family.

He urged security agencies to expedite the investigation, as his family relies heavily on livestock for their only livelihood.

Locals gathered outside the paddock say the incident frightened and overwhelmed them.

There were no traces of blood in the immediate vicinity of or around the wound, as well as traces of the mutilated carcass at the site.

Neighbor Samuel Tanui said that it scared everyone and horrified, everyone is now thinking how to protect their animals.

Confirming the incident, Assistant Chief of Police Lily Cherotić said it was the first incident to occur in her jurisdiction.

Bureti County Police Chief Felician Naful has called on members of the public to voluntarily provide information to help expedite justice as an investigation has already begun.