Extraterrestrial civilization was responsible for the emergence of life on Earth 3.8 billion years ago 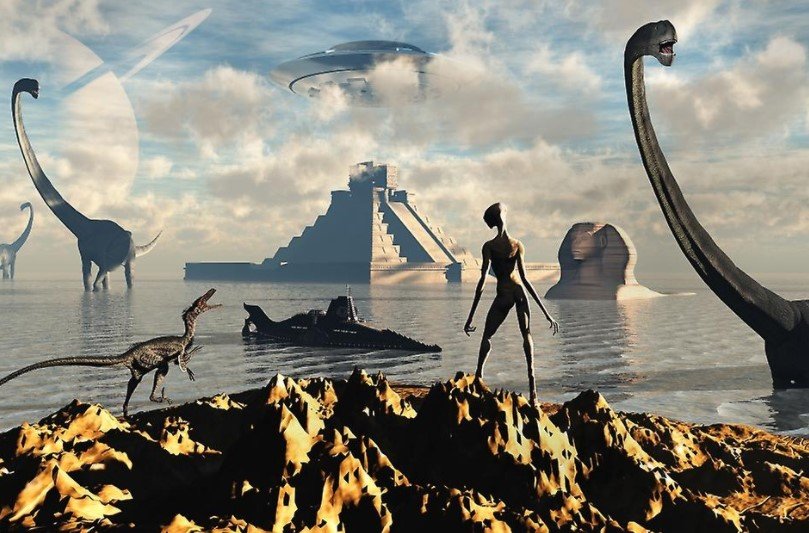 Part of the scientific community believes that an extraterrestrial civilization was responsible for the emergence of life on Earth 3.8 billion years ago.

This is due to the fact that many scientists are wondering if there are solar systems in the universe that are more than 10 billion years old. Considering that ours is only 4,600,000 years old. Francis Crick, the Nobel laureate in medicine who is credited with discovering the structure of DNA, also wrote about this.

Recent discoveries of exoplanets found far from our solar system support this theory.

A planet with an advanced alien civilization

Proof of this is the planet PSR B1620. It is an exoplanet located about 12,400 light years from Earth in the constellation of Scorpius. It has the unofficial names “Methuselah” and “planet Genesis.

Francis Crick proposed a new theory to the scientific community, which he called “infectious. It includes an alien civilization that may have given rise to primitive life on Earth.

Obviously, this raises questions: how was it brought to Earth? One theory is that they did so by means of a spaceship specially designed for this mission. In this way, they were able to bring in these microorganisms responsible for the origin of life.

Apparently, the space journey was carried out with all possible safety precautions. Until the ship reached our planet, which was its goal.

The origin of terrestrial life – space

Subsequent discoveries in the field of genetics have shown that: “All life on Earth, from bacteria to man, originated from an ancestor cell.” The more important question is: What is the origin of this ancestral cell?

Manfred Eigen, a Nobel laureate in chemistry, and a group from the Max Planck Society, the German Society for the Advancement of Science, were able to sequence “reverse” RNA containing DNA genetic information that can be used in protein synthesis.

According to Eigen, the “primary gene” could have appeared at this very time. It can be assumed that if the human genetic code is more than 3.8 billion years old, then it must have extraterrestrial origin.