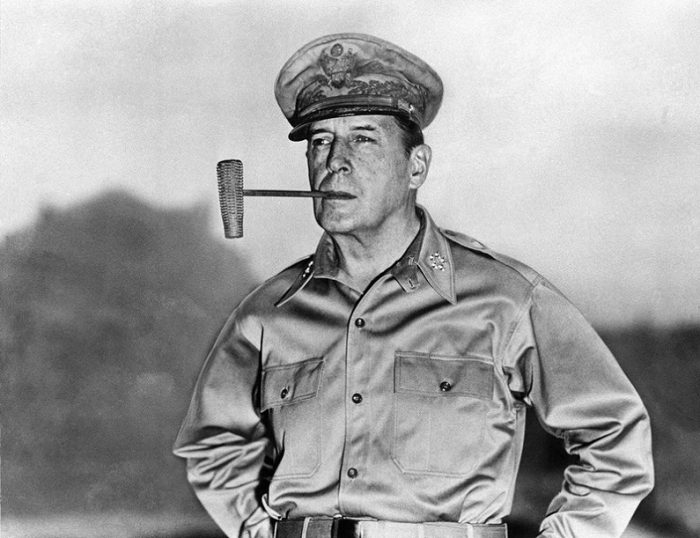 MacArthur participated in both world wars and believed that any problem could be solved by force of arms. He owns the phrase: “The one who said that the pen is more powerful than the sword, obviously, never faced a machine gun.”

The general liked to talk about global topics. He said that Rome, Carthage, Byzantium, Egypt and other great empires and nations fell because they neglected their national defense, were careless and were afraid to use an iron fist against pacifism. In an interview, the general talked about the need to unite the peoples of the whole world into a common front to repel attacks from other planets.

In 1955, at the height of the Cold War, the famous American General, Commander of the Pacific Armed Forces Douglas MacArthur made a strange appeal to the US military and scientific forces: “The nations of the world must unite, since the next war will be an interplanetary war …”

Apparently he knew what he was talking about. He was echoed by former Secretary of State J. Marshall: “The US authorities established the fact that flying saucers brought visitors to Earth from space and these guests, before landing and establishing contact, tried to develop a method of existence in our atmosphere.”

In general, contact with the aliens at the highest level appears to have taken place. However, it ended with the US military and politicians making everything around the UFO phenomenon and contacts with them classified. The ban is still in effect. At the same time, a huge number of ufological fakes are deliberately thrown into the media, followed by revelations. As a result, the public in many countries classifies the UFO problem as a journalistic fiction. And this was what she needed to impress upon her.