“Havana Syndrome: “It was as if some invisible hand had grabbed me and I couldn’t move.” 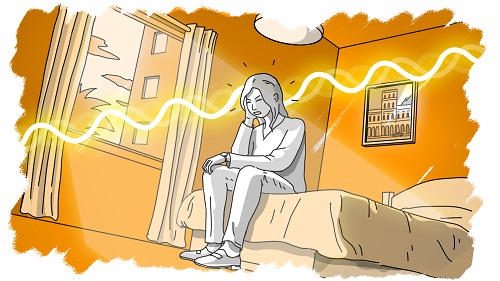 Diplomats Kate Husband, Doug Ferguson and Tina Onufer were among the first victims of “Havana syndrome,” a hitherto unexplained phenomenon, while working at the U.S. Embassy in Cuba.

They told NBC News correspondent Andrea Mitchell about the health problems they faced and how it affected their careers. More than 200 Americans around the world, reporting similar neurological and other symptoms.

A new NBC News video features interviews with victims of “Havana Syndrome” and describes how they feel from a personal perspective. It sounds very similar to what people who have experienced the syndrome are saying. Here are some quotes:

“I felt like I had been hit with something,” she says. “Pain I had never felt before in my life … mostly in my head and in my eyes. It was as if some invisible hand had grabbed me and I couldn’t move.”

“The doctor explained to me what it was like… he said: “Well, it’s like you’ve aged, you know, 20 to 25 years at once,” says the husband, who was diagnosed with an acquired brain injury related to exposure to a directional phenomenon.

David Relman, professor of medicine, infectious diseases, microbiology and immunology at Stanford, led a National Academies study that found that “directed pulsed radiofrequency energy appears to be the most plausible mechanism in explaining these cases.”

He said he doesn’t see it as a possible natural phenomenon.

“What we experienced was something that was an annoying sound in our house many nights a week for several weeks,” Ferguson said. “It was piercing,” the husband added. “It was constant, kind of on the same level all the time. Very loud … Nothing you could put up with.”

One confounding element of Havana Syndrome is that many apparent victims experienced it differently.

While official science and medicine cannot find a cause for what is happening, similar “impacts” in the history of UFO sightings have been documented more than once. Many of those who have encountered UFOs have said that UFOs are capable of instilling fear into people by means of psychotronic weapons.

I think it is telling that, years later, scientists and medical professionals still don’t know what it is. If it was “directed, pulsed radio frequency energy,” as Relman says, couldn’t they just say so? Not to mention that the U.S. government tried to hide it for as long as possible. For what reason?

The hypothesis postulated by the official U.S. media about the malign influence of Chinese or Russian technology cannot be taken seriously. All such cases of “Havana syndrome”, recorded in different places of the globe and in people, to influence which it makes no sense neither China nor Russia.

It is worth noting another important factor – officially the U.S. wrote off what happened to the impact of the sound made by crickets. Maybe the American average person will believe it, but it is enough to see where such impact was recorded and listen to how it is described by those on whom it was directed.

Such nonsense, however, has not been believed even by average Americans and White House officials say they are now completely discounting a 2018 State Department report by the JASON advisory group, an elite scientific council, which stated that some of the original cases were caused by sounds made by a loud kind of cricket.

The reasons for what is happening remain unclear at this point.