“I saw an alien inside the shuttle flying in space,” says retired NASA employee 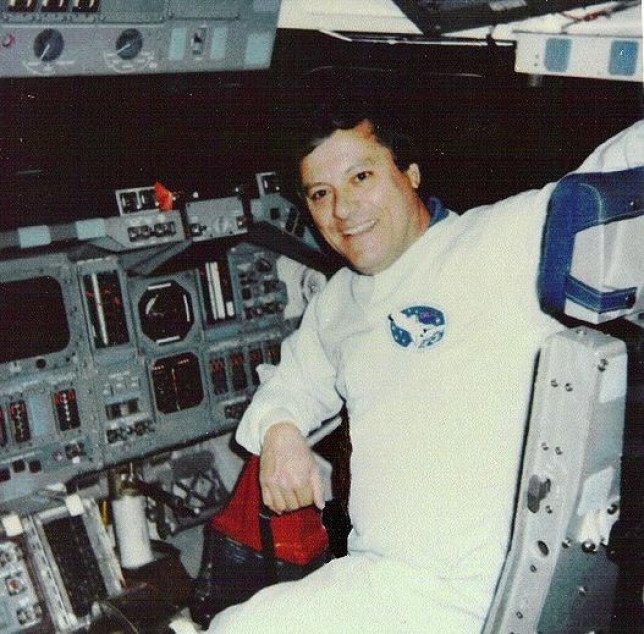 McClelland says he worked for NASA as a spacecraft operator at the Kennedy Space Center in Florida. During his career, he participated in 650 flights in the Mercury and Apollo programs, as well as the Space Shuttle program.

It was during one of the Space Shuttle missions that he witnessed a close encounter between NASA astronauts and a tall alien.

According to his story, McClelland was observing the flight while at his desk in the Kennedy Launch Control Center when he saw something he shouldn’t have seen:

“The alien was standing right in the shuttle’s payload bay and talking to two strapped-in U.S. NASA astronauts! I was also watching on my monitors the space alien craft, which was in a stabilized, safe orbit behind the Space Shuttle’s main propulsion bays.

“I watched the incident for about one minute and seven seconds. Enough time to remember everything I observed. It was an alien starship.”

McClelland claims that he could not have been mistaken because his experience guarantees his competence in “visual recognition of ships created by the human race, both classified and otherwise.”

According to him, he was not the only official who witnessed the encounter. Some time after the incident, a friend confessed to him that he had seen the same alien inside the shuttle’s crew compartment.

McLelland says: “Aliens here on Earth, they walk among us. They may have been introduced into our various Earth governments.”

NASA has made no statements denying his work, and he has photographs and documents that actually back up his claims of a long career with the space agency.

He goes on to say that NASA is not a civilian agency:

“The Pentagon owns NASA. Some of the DoD (Department of Defense) missions I was involved in were top secret. These missions delivered TS satellites and other space equipment into orbit, where several crews encountered aliens.”

According to his claims, NASA, run by the Department of Defense, hides key information about alien contacts, while the U.S. has long maintained a secret military alliance with at least one alien race.

McClelland says he maintained a close friendship with NASA astronaut Edgar Mitchell, one of the first space explorers and the sixth man to set foot on the moon.

Mitchell was a proponent of the existence of aliens and their presence on Earth. In 1998, at a conference in Connecticut, he said he was “90 percent certain that many of the thousands of UFOs sighted since the 1940s belong to visitors from other planets.”

Mitchell is just one of many astronauts who have openly expressed their views on the alien phenomenon.

Recently, an alien craft was seen flying away from the International Space Station during a live broadcast from the ISS. And there have been many more cases where the broadcast was interrupted just at the moment when the unexplained objects appeared.

Could the ISS serve as an encounter with aliens that the seven billion people below don’t know about? And could it be that those seven billion have long been ruled by aliens who occupy major leadership positions?

Such assumptions no longer seem like science fiction. Given the information about the close cooperation of earthly governments with representatives of extraterrestrial civilizations, much of what is happening on earth becomes clear.