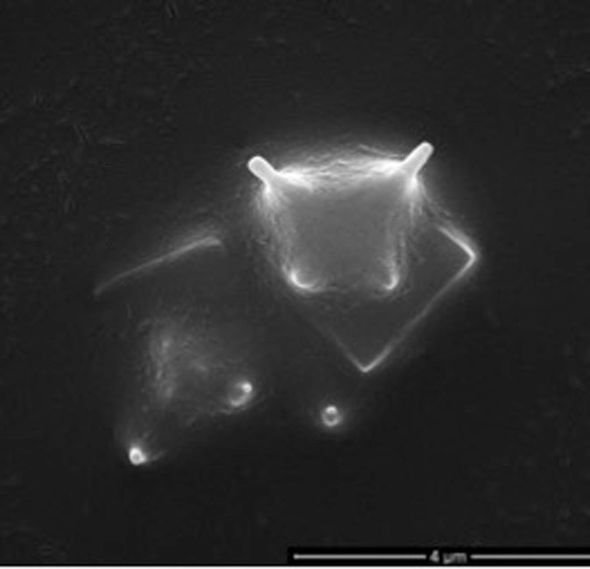 This is the first-ever image of a mysterious extraterrestrial organism, which scientists claim is the final proof of alien life.

Discovered using superpowered magnets to capture the tiniest particles of debris floating in space, the “horn-shaped” particle is a “full-fledged living organism.”

Professor Milton Wainwright of the Center for Astrobiology at the University of Buckingham claims that it proves the existence of life beyond Earth.

His discovery was the result of a research project in Derbyshire in which powerful magnets were launched into the stratosphere.

Professor Wainwright explained that an image taken during the research shows a salt crystal with a strange horned creature bursting out of the crystal’s surface.

According to him, this further confirms the theory of panspermia, according to which life not only exists in space, but also constantly spills from space to the Earth.

Professor Wainwright says, “The image depicts what we believe to be alien microbes flying high in Earth’s stratosphere.

Our team has caused quite a stir over the past two years by claiming that these microbes are constantly arriving on Earth from outer space.

Our critics have vigorously rejected our work, but so far no one has presented a viable, peer-reviewed alternative explanation for our study.”

Professor Wainwright said the structure is an “amorphous form” attached to a grain of salt, and it contains rare elements including dysprosium, lutetium, neodymium and niobium.

“As far as we can tell, this particle has nothing to do with anything found on Earth.”

The latest launch is also interesting because the team found particles containing so-called rare-earth elements at about 30 kilometers in the stratosphere.

“These particles are too large to be transported from Earth and, like the alien life forms we found, must come to Earth from space.”

This summer’s find follows the discovery of a dragon particle and a ghost particle last year, as well as a strange seed-like organism that puzzled scientists this spring.

A microscopic metal ball, also discovered by Professor Wainwright and his team, appeared to be spewing liquid suspected of containing genetic material.

The latest discovery was further evidence of Professor Wainwright’s theories about the existence of alien life in close proximity to Earth. 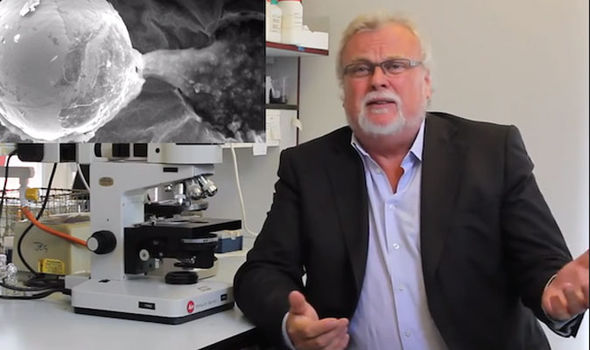 His work is supported by astrobiologist Chandra Wickramasinghe, who has long maintained that we are not alone in the universe.

A separate report prepared by Professor Wickramasinghe and Gensuke Tokoro of Japan’s Institute for the Study of Panspermia and Astroeconomics argues that “extraterrestrial microbial life exists.”

Professor Wickramasinghe said: “Since the beginning of the new millennium, an impressive amount of evidence has accumulated that microbial life does exist beyond Earth.

It is now allowed to be argued that comets and meteorites delivered the chemical building blocks of life to form the primordial soup from which life originated on Earth some four billion years ago.

The idea of the origin of life on Earth “in some kind of primordial soup” is deeply rooted in the religious and scientific culture of the Western world.

We note that with the rapidly growing body of evidence that points to the existence of extraterrestrial life, it would be unwise to ignore the facts.”

Erroneous ideas have crippled science in the past and it’s happening again with the “immutable” idea of life emerging from “soup. If we are not vigilant, it could happen again – we will cripple real science by denying the obvious facts, and this time the consequences for society and the economy may be more disastrous.