Secrets of the USSR: Secret “prison” for aliens 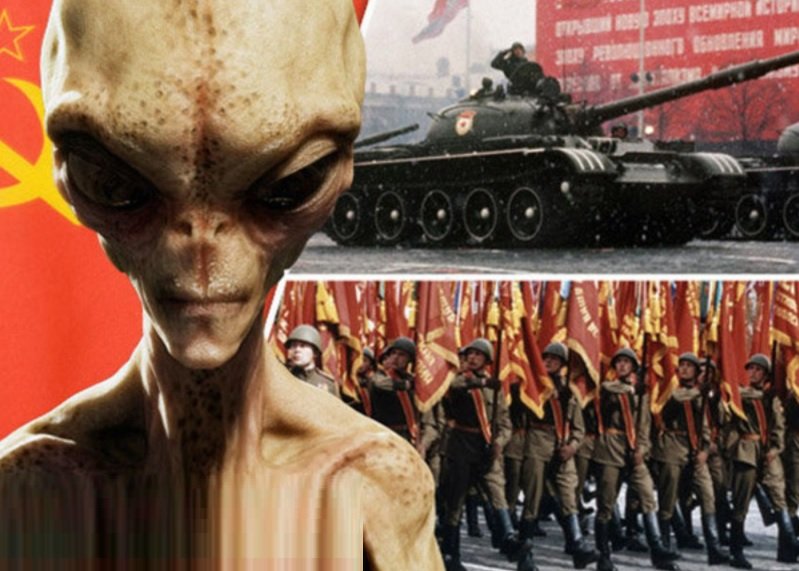 The history of the Soviet department of “men in black” is still hidden from ordinary people. Those who served there, even after many years, are reluctant to talk about their work in the “alien” unit of the GRU.

Soviet military intelligence began to be interested in the topic of potential contact with aliens since the time of the “accident” of a flying saucer in Roswell. However, for many years no one could systematize or at least understand the direction of work.

Stalin’s successor Nikita Khrushchev was not very interested in this topic, but Leonid Brezhnev, who replaced him at the helm of the country, almost immediately called the entire top leadership of military intelligence to the carpet, where he explained in detail that “all the unexplored should be analyzed.”

Brezhnev had a lot of questions for the military: he was interested in the details of the “contacts” of the Soviet military with any potentially extraterrestrial objects.

At one of the meetings, Brezhnev instructed the military to create a “special department.” The staff of this unit had only one task – to study and, if possible, come into contact with representatives of extraterrestrial civilizations.

They were recruited into a special military intelligence unit very carefully. The candidate’s personal file had to be approved by a special commission (the so-called committee of five), which included outstanding officers of the General Staff and people from the KGB who knew exactly how to work with classified information of this level.

According to rumors, the last resort before being enrolled in the elite squad is the signature of the head of the KGB Military Technical School, Major General S.G. Orekhova. He was also credited with the role of curator of the “secret squad” of alien hunters for a number of reasons.

Firstly, Orekhov was a proven and reliable person – he went through the Great Patriotic War, had an extraordinary mind, erudition and knew how to organize complex technical projects. 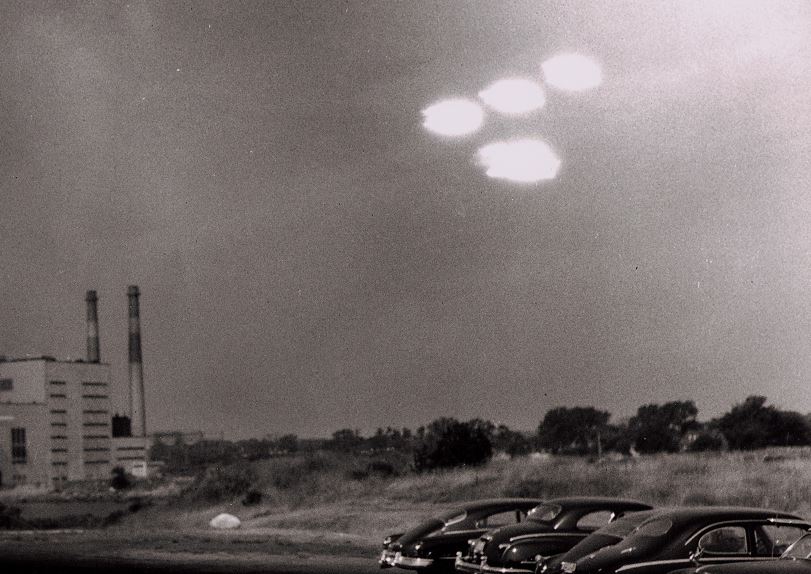 Secondly, in 1966, Orekhov was given a new structure, where special communications officers were trained for military intelligence and the KGB. According to rumors, this university graduated the first specialists in working with technologies of extraterrestrial origin in 1970, after which the active phase of the “hunt” for alien technologies began.

Brezhnev was not interested in the motives and goals of any “objects of extraterrestrial origin.” In those years, the goal of the secretary general was much simpler – to study the features of aircraft and other technologies and apply them in order to win the arms race and win the Cold War.

Already by the mid-70s, the military was collecting an impressive folder for a report – it contained all the information about objects of extraterrestrial origin and a detailed classification – from “cigars” flying over the burning forests of Siberia to bright silver “drops” that fell in those years to aviation pilots of the Pacific Fleet.

However, a month before it was handed over to the country’s leader, the military began to record the so-called Petrozavodsk phenomenon – a bright glow in the sky of hundreds of objects of various shapes that appeared and disappeared both during the day and at night. 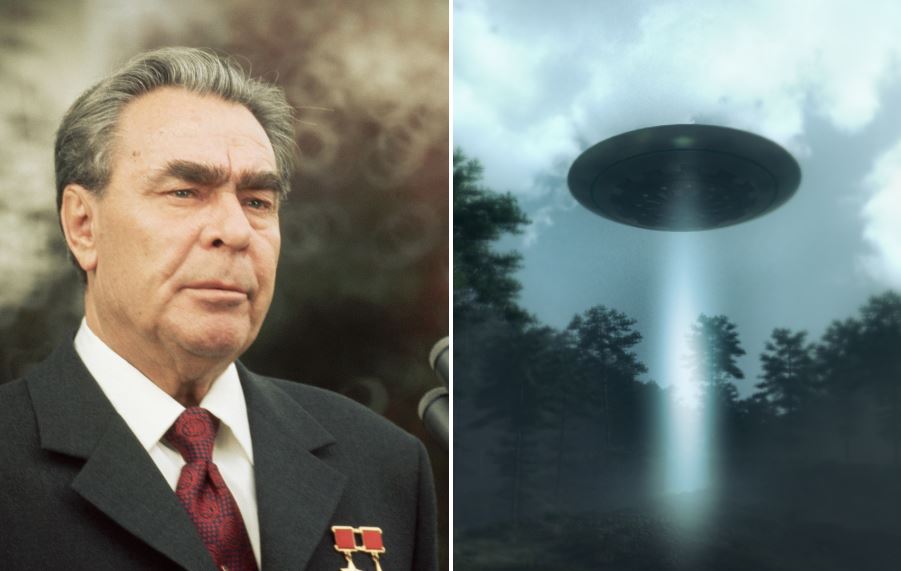 To reassure the inhabitants of the north-west of the country, alarmed by an incomprehensible phenomenon, the military quickly declares: rockets took off into the sky, and all that you saw was optical phenomena.

In fact, this was only partly true – there really was a launch from the cosmodrome, but only one. The remaining several dozen objects regularly flew to “look” at the technology demonstration over several days and completely disappeared only 55 minutes after the satellite was launched.

Another area of ​​work on aliens in the Brezhnev era was an attempt to probe the features of flying objects. “Discs”, “cigars”, “drops” – the testimony of hundreds of combat fighter pilots who spoke about the bizarre shapes of UFOs in the sky – were studied by a special department of the GRU with the sole purpose of understanding at least part of the technologies that our “guests have.

The scale of the tracking of aliens turned out to be such that in each military unit on the territory of the country there was a special officer responsible for collecting and transmitting data about UFOs to higher authorities.

After the incident in Petrozavodsk, the military received a special instruction, which said: “Up to 98% of what is happening in the sky is explained by natural causes, but even these features must be recorded.”

The first serious success of the “special combined group” of the GRU and the KGB of the USSR was achieved only by the end of the 70s. On July 11, 1979, near Sakhalin, a MiG-25 interceptor shot down an unknown object, the speed of which was much higher than that of a Soviet fighter.

Shortly before permission to use the weapon, the pilot reported: “There is a strong vibration in the fuselage, the feeling is that now the wings will be torn off!”

Almost immediately, the area of the fall of the object was cordoned off by the ships of the Pacific Fleet, and a day later, specialists from the General Staff arrived at the scene, taking the situation under their control.

The further history of this incident is unknown – all papers mentioning the date, details and even the ships involved in the search operation disappeared without a trace.

Then there were rumors that an object isolated from the outside world was being built on Sakhalin for a “special case”. There, according to the military, they planned to send both “contactees” and “guests” from other worlds to quarantine. 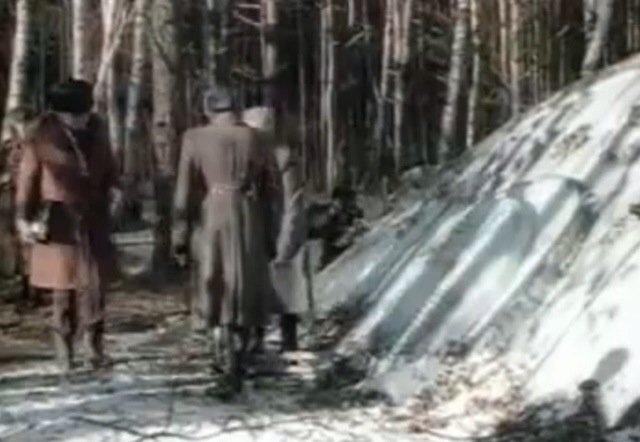 In the 90s, journalists wrote about this object several times, but fact-checking was constantly lame. Some argued that this “prison” was located in Kamchatka, others were sure that it was on the Kuril Islands, and still others insisted that the “special prison” for aliens was built on the “mainland”, somewhere near Khabarovsk.

The loudest incident happened in 1978. Two years after the UFO incident in Tehran, when an unknown object nearly destroyed two F-4 fighters, an unidentified vehicle entered the airspace over Murmansk.

The local air defense regiment, raised on alert, immediately began to illuminate the night sky with powerful searchlights, but after the beams of huge lanterns shot up into the sky, the guidance system radar “went blind”.

In a few seconds more powerful bulbs of searchlights began to burst. Only after turning on the emergency lighting did it become clear that the “unknown impulse” literally “fried” the powerful lanterns.

Huge amounts of money were spent trying to catch at least one UFO and capture the object without damage. Thanks to specialists from the GRU, it was possible to establish that each such object has its own radiation signature and that flying closer to a distance of 300 meters can be life-threatening.

At the same time, a special program “Grid” was developed, within the framework of which a powerful electromagnetic directional cannon was to be installed on each fighter-interceptor.

As can be seen from history, UFOs are a phenomenon that is observed not only in America, but also in other parts of the world. I wonder what the authorities are hiding from people in other countries?