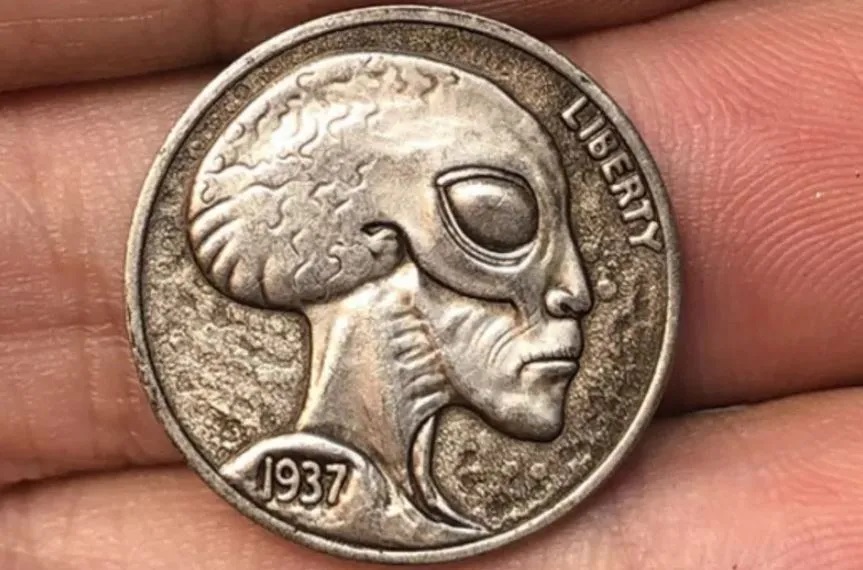 In an interview with Newsweek, Jordan said: “I was examining a large bag of quarters, opening them one by one in search of old specimens with high silver content. In one of the rolls I was immediately struck by a strange coin with a bust of an alien. It stood out sharply against the bust of Washington on the other coins”.

Above the alien’s head, the word “Liberty” was printed, with the year 1937 at the bottom.