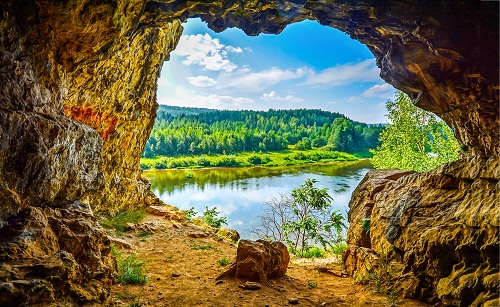 Unidentified flying objects (UFOs), now known as unidentified aerial phenomena (UAVs), have recently become a big topic of public discussion. These are objects that have been photographed, videotaped, tracked by radar, and spotted by high-ranking military personnel as well as civilians on the ground and in the air.

These objects maneuver and move at speeds that no known man-made machine is capable of. They truly challenge our understanding of aerodynamics and, in some cases, physics.

The next question that may arise is, are those operating these ships human or something else?

As for credible sources supporting this idea, Colonel Robert Friend, in his last interview before his death, who was director of Project Blue Book from 1958-1962, suggested that the U.S. Air Force already knew then what the objects were.

Lue Elizondo, former director of the Pentagon’s UFO program, recently gave an interview to the NY Post in which he said he had a meeting with a very high-ranking Defense Department official who mentioned that he knew these ships were not of human origin.

Former Air Force Colonel Ross Dedrickson also claimed to have information that these objects were not made by humans, and to his knowledge, these beings are benevolent and concerned for the welfare of our planet.

I realize that not all people will consider these sources to be “credible evidence.”

In addition to this evidence, there are such things as documented instances of observation or “contact. According to these cases, people report both benevolent and unbenevolent contacts, often related to the UFO phenomenon.

So, if they are not human, who are they? The obvious truth is that we don’t know, but there is nothing wrong with speculating.

Do they come from here?

“And there are animals and people on earth, some in the middle region, others (elementals) dwell in the air, as we dwell in the sea; others on islands which the air rounds, near the continent; in short, air is used by them as water and sea by us, and ether is the same for them as air is for us.”

The truth is that much of our “reality” is not even perceived by our human senses. We can only see within a tiny frequency of the entire spectrum of visible light. We have to use special equipment, such as infrared telescopes and more, to see what we otherwise would not be able to see.

Quantum mechanics and the emergence of postmaterial science have shown us that there are “invisible” parts of what we perceive as our physical and material world that make up the vast majority of it.

Some, like Plato, called it ether, or air. Who is to say that life does not inhabit these spheres? They exist all around us, perhaps some of these objects originate there–or, as one might say, they are right here on earth.

Another interesting quote from ancient philosophy:

“And they let Apollonius ask questions; and he asked them what they thought the cosmos was made of; but they answered, ‘Of the elements. “Then there are four?” – he asked. “Not four,” replied Larkhas, “but five. “And how can there be a fifth,” Apollonius asked, “along with water, air, earth and fire? “There is ether,” replied another, “which we must regard as the material of which the gods are made; for as all mortal beings breathe air, so immortal and divine natures breathe ether. “Shall I,” said Appollonius, “regard the universe as a living being?” “Yes,” replied the other. – Life of Apollonius of Tiana, Philostratus, 220 AD.

Even René Descartes advanced the theory that “space” (what we perceive as empty space) is completely filled with matter in various states. There is reason to believe that he was executed by the church as his science moved into the realm of metaphysics.

Many ancient cultures have stories and texts that mention “magical” and “mythical” lands that coexist with our reality. Whether these places are real physical places or places in “another dimension,” for lack of a better term, has been the subject of much debate in various materials over the centuries. These stories can be found in ancient Buddhism and Vedic philosophy, as well as in oral histories passed down from indigenous peoples around the world.

According to Paracelsus, the German-Swiss physician and alchemist (like Issac Newton) who established the role of chemistry in medicine, in his Philosophia Occulta, translated by Franz Hartmann:

“Man lives in the outer elements, and the elementals live in the inner elements. The latter have their dwellings and clothing, their manners and customs, their languages and their own governments, in the same sense as bees have their queens and animal herds have their leaders.” The Secret Teachings of All Ages, An Encyclopedic Outline of Masonic, Hermetic, Qabbalistic and Rosicrucian Symbolical Philosophy, 1928, Manly P. Hall

It is also interesting that these objects are often observed entering and exiting the oceans. Sometimes when they “fly away” they do not seem to fly away, but rather to dematerialize. At other times, they “take off” with enormous speed.

The point is that there could be many different explanations for this, and there is the possibility that not all objects come from the same source. This really calls into question what we think we know about the nature of reality.

And it seems to me that we are now at an important moment to ask this curious question. Remember that there was a time when scientists like Galileo were condemned for the discoveries they made and the ideas they expounded. Are we really any different today? How open are our minds to concepts of reality that do not fit within the existing framework of accepted knowledge?

It has often occurred to me that topics such as UFOs must be presented in the mainstream media before most will accept them as normal.

UFO footage must be verified by government experts so that the masses understand that these objects are indeed real. Less than a decade ago, the evidence for the existence of these objects was already very strong.

Does this underscore how much humanity has come to rely on these sources of information? What are the implications of this? As with many geopolitical issues, it is difficult to trust the mainstream media or the government to get an accurate picture of what is really going on.

This is why it worries me that so many people rely on these sources when it comes to honest descriptions of the UFO phenomenon. Perhaps this phenomenon requires a civic initiative?

One thing to address with critical thinking is the U.S. government’s suspicion that these objects are of Russian or Chinese origin.

I believe that this narrative is an effective means of enhancing national security and fostering hysteria in the U.S.–with no real reason, while allowing the public to be manipulated and kept in check by the hypothesis of extraterrestrial or other life associated with this phenomenon.

Perhaps they will portray these objects as a threat, even though the vast majority of the time these objects are making evasive maneuvers to avoid our planes. It seems that we are the ones chasing them.

At the moment, all information concerning UFOs and the presence of extraterrestrial or other life on our planet continues to be presented as something crazy and inherent only to “people in tinfoil hats”.

And this is even in spite of the fact that the military department of the strongest country in the world – the United States, has publicly acknowledged the reality of UFOs and actually voiced the main idea – these flying machines do not belong to mankind.

But the U.S. continues to manipulate this topic, acknowledging the reality of UFOs and immediately suggesting that it may be “technology from China or Russia. No one believes this, but all the mainstream media broadcast this idea to the masses and the masses are ready for the military to increase defense spending.

The U.S. is not using the UFO theme to expose the truth, but simply to achieve its political goals. But even so, the U.S. had the courage to admit the existence of UFOs and the presence of extraterrestrial vehicles on our planet. In contrast to all the other major countries in which the subject of UFOs continues to be ridiculed in spite of the huge amount of factual evidence.

In the U.S., the disclosure of information about UFOs from classified archives, managed to make it public thanks to the activity of civil society. It is the public’s law-based initiatives that forced the U.S. to declassify some of the information.

Unfortunately, in Russia, the government’s attitude toward UFOs has not changed at all. Society is inert and does not file any lawsuits. The mainstream media exploits the UFO theme for one purpose only – to deceive, ridicule and profit. No serious study of UFOs in the mainstream media or government agencies is in question.

We can only hope that a radical change in the minds of ordinary people will happen and then, the government agencies will be forced to change the agenda and begin to openly study the phenomenon of UFOs, instead of pretending that it does not exist at all.