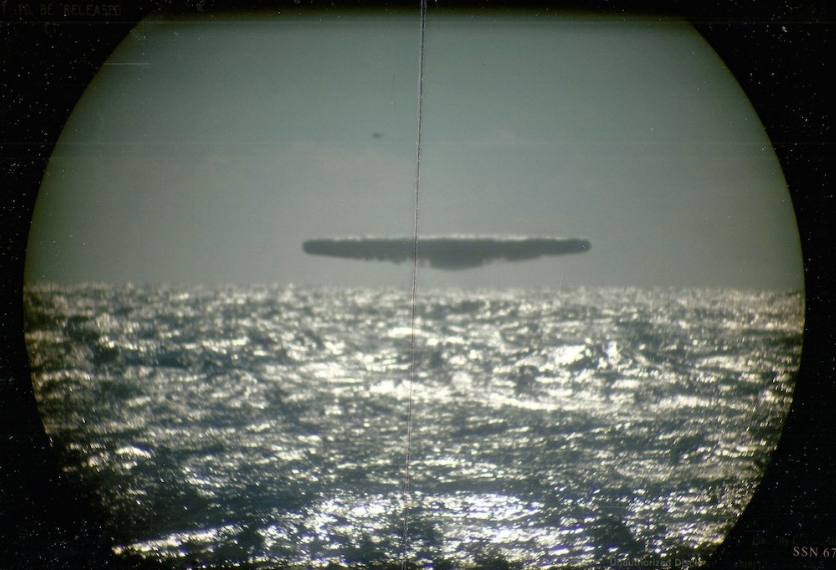 In the history of UFO sightings, alien aircraft have been seen many times, hovering over water bodies and lowering the pipe into the water and “sucking it into themselves.”

Why do they need water? Maybe UFOs can use water to fuel their ships using water as fuel, or their crews simply need to replenish their onboard water supply, or they simply deliver water to UFO bases located for example on the Moon or to “mother ships” somewhere in Earth orbit.

On July 25, 1952, in Vico, Italy, a man fishing on the Serchio River saw a disc hovering for 10 minutes. A hose dangled from it, submerged in water. The object was 20 m in diameter, with five propellers at the stern and a canopy with a kind of blades at the top. An orange glow could be seen through the slots in the deck.

A humanoid wearing a helmet similar to a diver’s helmet looked at the witness through the window and the fisherman immediately received an electric shock when he was struck by a “green beam”. He looked up with difficulty, just in time to see the object fly east.

In 1960, another sighting occurred in Syracuse, New York, when an electronics engineer was fishing, he suddenly heard a harsh, buzzing sound and saw a circular object with a spinning light above land on the shore.

Gradually the sound died down, a hole became visible, and two dwarfs with huge heads came out with a hose and began to pump water from the river onto the ship. Their bodies glowed with changing colors.

On a sunny July morning in 1965, John Hembling, a geologist and exploration manager for a mining company, and another geologist stepped off a helicopter atop a mountain range in north-central British Columbia, expecting it to be another day of routine exploration and exploration. …

But it was on this day that they had an unexpected opportunity to conduct research of a completely different kind.

“It was about 10 o’clock and we had just installed our equipment after the helicopter took off,” Hembling said, “when we saw a silvery object shining in the sun emerging over a small ridge below us. It had a flattened appearance, and our first reaction was that it was a delta wing aircraft. We soon realized that it was not. ”

They were looking west, away from the sun, and the object was about 800 meters below them, and they could clearly see what was happening.

“The object was about 15 meters in diameter. It had a small knob on its dome, and there were circular marks around the base of the dome. Perhaps it was some kind of rivets or even windows. They were too small to know exactly what it was ..

Beneath them, on the face of the disc itself, were large rectangular markings that could be glass or metal. We got the impression that these were windows. As far as we could see, there were three of them. ”

The two men watched in amazement as the object slowly moved up the ridge until it was above a small glacial lake, slightly larger than a pond. Hovering there for a moment, he sank less than 15 meters above the water.

He simply floated and, to the further surprise of the men, dropped a tubular hose from the bottom of the ship into the water. “At first we thought it was some kind of rope ladder,” Hembling said, “but it didn’t just fall. Everything turned out smoothly and stably, as if under mechanical control. ”

During this procedure, observers heard a humming sound from an object “similar to a quiet electric motor.” After the hose was in the lake, the disk rotated slowly, it was clear that it was pumping water into itself.

After being in this position for about eight minutes, the subject removed its “pipe” as carefully as it lowered it.

“It rose slowly and then suddenly accelerated,” Hembling said. “He flew over the ridge, made a sharp turn without skidding, and disappeared from view after about 20 seconds. We calculated that by the time he disappeared, he had covered about 7 km. ” This will give him a speed of at least 5800 km per hour.

In 1969 in Russia, Genrikh Ivanovich Voronov was riding his motorcycle along the road next to the Kama River near a forest area. On the side of the road, he noticed a man who suddenly raised his hand as if in salutation.

Ivanovich slowed down and went up to the stranger. As he approached, he noticed a strange disc-shaped object on the ground next to the stranger. The stranger was wearing a grayish metal jumpsuit with thick-soled boots.

The man did not wear a hat and had a short haircut. In his left hand he held a hose-like edge of the pipe through which water from the Kama River was pumped onto the ship.

They even talked and spoke in Russian mainly about the movement of the object. They also talked about cosmic constellations. At the end of the meeting, the stranger asked Voronov to stay away from the object and just watch it take off. From above, the object had a translucent spherical green dome.

When the stranger approached the object, a door appeared on the dome, he entered it and closed the door. The outer disc immediately began to rotate, and its outer rim became invisible. The object then rose into the sky and instantly disappeared into thin air.

On May 22, 1973, Japanese student Masaaki Kudo took a summer job as a security guard in Tomakomai, on the island of Hokkaido (Japan), at a lumber yard by the sea. After his usual patrol on that clear, starry night, he parked the patrol car, turned off the headlights, and scanned the lumber yard and the bay beyond.

What at first appeared to be a shooting star descending towards the bay suddenly stopped in its path, disappeared, reappeared and began to slowly descend along the bay. He stopped about 21 meters above the water and then lowered the transparent tube to the water with a soft sound (described as “min-min-min”).

When the tube reached the water, it began to glow. After pumping water and sucking the pipe into itself, the UFO moved to hover over Kudo’s car. Everything around the car was lit as day. Kudo was afraid that a UFO would attack him or even kill him.

Leaning over to look through the windshield, Kudo saw that the UFO was perfectly smooth and glowed white, with windows all around it. He could see the outlines of humanoid figures through the windows. The first is now joined by brighter UFOs and a large brown top hat.

The spheres maneuvered and disappeared into a cylinder, which then rushed north. Kudo, who felt bound hand and foot, came to his senses. His car radio cracked violently and had a severe headache. The whole event lasted about 12 minutes.

That night, George Blackwell, station clerk and caretaker, was awakened at about 1 am to the sound of farm animals screaming. He also heard a “strange whistle” and got up to sort it out. The moon was shining that night, but there was no wind.

Blackwell saw a domed object about 5 meters high and 8 meters wide with a white top and blue and orange lights. For a while, he hovered over a concrete water tank 400 meters from the house. Then he sank to the ground.

Blackwell rode his motorcycle up to 15 meters from the ship. His motorcycle stalled, the whistle of a UFO suddenly became deafening, and suddenly there was a loud bang and the ship took off. At the same time, a blast of hot air nearly knocked Blackwell off.

The UFO dropped several debris as it flew eastward at a low altitude of only about 30 meters. Early the next morning, Blackwell examined the site and found a ring of blackened grass flattened counterclockwise. There was green grass inside the ring, but the flowers were gone. To the east was a wreckage trail of small stones, weeds, and cow dung.

For several days after that, Blackwell suffered from headaches and nausea, and his clock stopped working properly. Most importantly, Blackwell found that the water tank the UFO hovered over was completely emptied of 3,800 liters of water that had previously been there.