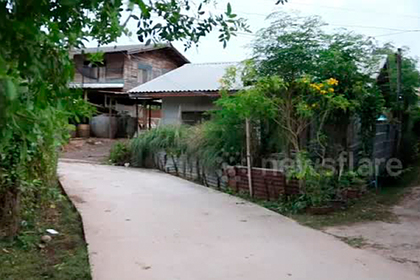 A meteorite fell in the garden of a resident of the Thai city of Buriram. The eyewitness video was posted on the Newsflare website.

Somrit Boonpeng, 65, was in the toilet when a crash rang out in the yard. He was afraid that someone was breaking into the house, quietly went to the door, but there was no one there. The pensioner noticed a meteorite on the floor. The glossy black stone had a diameter of five centimeters and a weight of 500 grams.

The cost of rare meteorites can reach 10 thousand dollars per gram, but Somrit Bunpeng and his wife do not want to sell it. They claim that they have already refused a local businessman who offered 100 thousand baht (245.6 thousand rubles) for the stone.

Retirees believe that a meteorite will bring them good luck. According to them, after his fall, they are always in high spirits, and at night they have pleasant dreams. Nevertheless, Somrit Bunpeng would like to know the true value of his find and hopes to be studied by authorities or researchers.