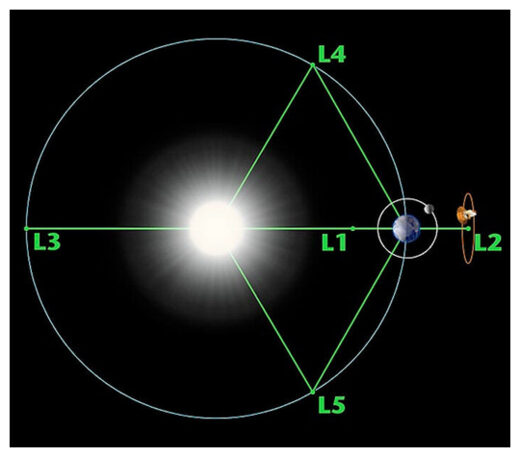 A Trojan asteroid called 2020 XL5 has been discovered in Earth’s orbit. It is several hundred meters across, and its orbit is tied to a gravitationally stable orbit in front of the Earth.

Trojans are asteroids gravitationally tied to stable Lagrange points 60 ° ahead (L4) or behind (L5) planets in their orbits around the Sun.

In theory, the Trojans’ orbits will be stable around every planet except Saturn, where Jupiter’s gravity repels them. So far, the Trojans have been found to share orbits – at least temporarily – with Neptune, Uranus, Mars, Venus and Earth.

Terrestrial Trojans are hard to find because for most of their orbits they appear in the sky next to the Sun.

Not only that, but gravitational resonance does not keep them in synchronized movement 60 ° forward and backward from the Earth. Instead, objects follow paths around L4 and L5, which themselves orbit the Earth around the Sun.