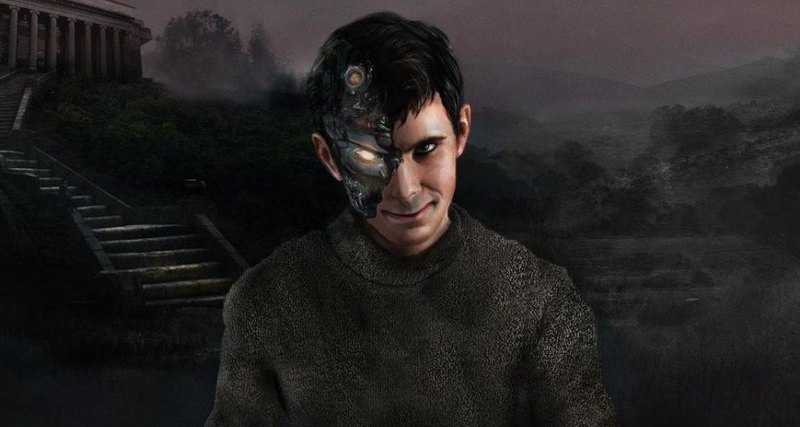 Usually algorithms of artificial intelligence create so that they help people. But researchers from MIT Media Lab decided to act differently and created the world’s first artificial psychopathic neural network.

And this algorithm received a corresponding ominous name. His name is Norman, in honor of Norman Bates, the famous maniac from the novel “Psycho” Robert Bloch and his legendary film adaptation of the same name, set by Alfred Hitchcock. It was conceived as part of the April Fools’ rallies, but gradually became quite a serious study.

Norman began his activity like any other neural network – as he received the data he looked for repeated patterns in them. Such neural networks can search by photos or create a convincing synthesis of speech, but Norman had another task. He was born to become a psychopath.

The team of scientists limited the information flow of Norman to grim data from the subdivisions of Reddit, where those who exchange photographs relating to death and destruction gather. Because of ethical problems, neural networks did not show pictures of real dying people. Norman received only the captions under the pictures, and the images themselves represented more blurred blots, and it was this that formed the basis of the extremely gloomy individuality of the new AI.

After such training, Norman and “ordinary” AI showed several “Rorschach spots”. And if the standard AI saw in these blots an airplane, flowers and a small bird, then Norman – people dying of gunshot wounds, a man jumping out of a window, shot from a machine gun in the middle of the day and even got into a dough press.

Why did the researchers create such a strange neural network? Norman drove crazy not to demonstrate the bad influence of the Internet on the human psyche. A neural network, unlike a person, is a blank sheet, it has no motives or inner desires, it does not have biology. Norman’s experience addresses a completely different danger: to the fact that artificial intelligence can easily acquire extremely dangerous prejudices and preconceptions. This is another demonstration of the fact that in the case of AI and neural networks, you get what you invest in them, and it is extremely important to train these platforms so that they do not form rigid prejudices. And certainly you should not give them the opportunity to surf the dark corners of the network.

And now scientists want to see if they can cure Norman. You too can take part in this, pass the same Rorschach test and add blots to your database. The researchers will use this information to correct the Norman model and see if he will see fewer murders. How successful this experiment will be will be shown only by time.