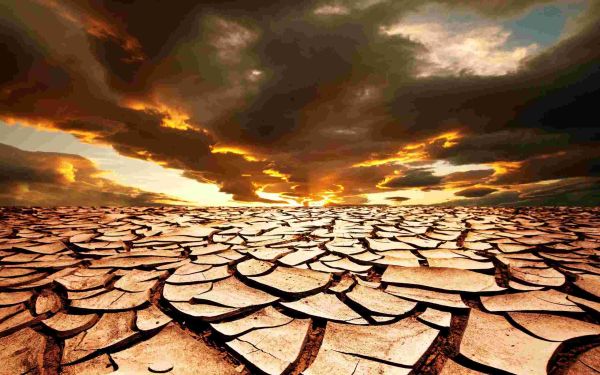 Scientists from six countries have announced the completion of a project to create a new reference climate curve for the past 66 million years. For the first time, a detailed and continuous graph of changes in average global temperatures from the beginning of the Cenozoic to the present day was built. The results are published in the journal Science.

The research is based on data from the International Ocean Drilling Program (IODP), which has been going on for five decades. Scientists working in the CENOGRID project (CENOzoic Global Reference) studied the shells of foraminifera – microscopic plankton that have been preserved in bottom sediments.

The obtained isotopic ratios of oxygen and carbon in the carbonate material of these shells allowed scientists to reconstruct the main paleoclimatic parameters – the temperature and content of carbon dioxide in the atmosphere. They then matched the findings with variations in the Earth’s orbit known as Milankovitch cycles.

After a joint mathematical analysis of this data, the researchers plotted a curve that provided detailed information on average temperatures, global ice volumes and the carbon cycle over the past 66 million years.

The reference curve for the period from 34 million years to the present appeared in 2001, but more ancient data were not enough then. Now, using new data from the study of deep-sea cores, scientists have extended the graph inland until the beginning of the Cenozoic era. In addition, the new curve is much more detailed.

“Our goal was to create a reference climate model for the last 66 million years that not only includes the highest resolution data, but is also more accurately dated,” the first author of the article, Thomas Westerhold, said in a press release from the University of Bremen. Thomas Westerhold of MARUM Marine Science Center “We now know more definitely when the planet was warmer or colder than now, and we better understand the underlying dynamics of climate change.”

The results of data processing showed that the global climate during the Cenozoic changed sharply several times, passing from a warm state at the beginning of the epoch, to a hot one at the turn of the Paleocene and Eocene, then – again to a warm one at the end of the Eocene, cold – in the Oligocene and Miocene, and finally, in the glacial – in the Pliocene and Pleistocene. We are now living in a moderately warm phase of this glacial mega-period called the Holocene. 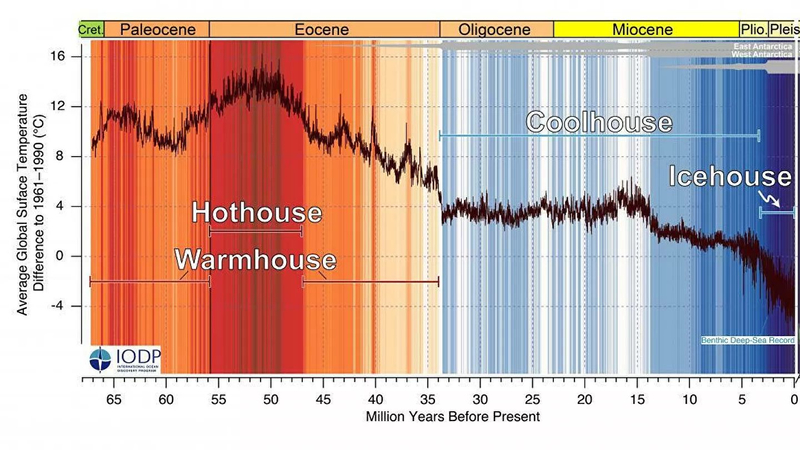 CENOGRID curve of global temperatures over the past 66 million years. The average value of the period 1961-1990 is taken as zero.

Moreover, it turned out that cyclical changes in orbital parameters, which were previously considered the main drivers of climate change, are responsible for small-scale fluctuations within large climatic periods, and long-term regimes are associated with other factors – the volume of ice sheets and the content of carbon dioxide in the atmosphere.

For example, the hottest climate was established on Earth about 50 million years ago, during the so-called Paleocene-Eocene heat maximum. Then the temperatures were 14-16 degrees Celsius higher than modern ones. And the reason is the massive emissions of carbon into the atmosphere as a result of active volcanic eruptions in the North Atlantic magma province.

The current warming, according to scientists, is also due to the growth of greenhouse gases in the atmosphere, only now the reason is different – human activity, which, in terms of its impact on the climate, is comparable to the most powerful natural processes.

According to the forecasts of the Intergovernmental Panel on Climate Change (IPCC), if nothing is changed, by 2300 the average global temperature will exceed the period of 1961-1990, taken as the starting point in paleoclimatic constructions, will be 8.5 degrees.

But, the authors note, even under the most optimistic scenario, which provides for an increase of only 2.6 degrees, based on the new reference curve, by 2150, active melting of continental ice sheets will begin, which will lead to a sharp rise in the level of the World Ocean with all the ensuing consequences.