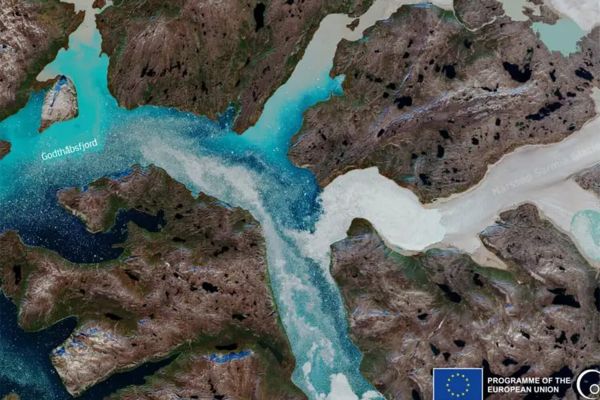 Greenland has lost a significant portion of its ice reserves due to warm weather. It is reported by Gizmodo.

It was hot for several days in early July in Greenland. Temperatures hovered around 15.5 degrees in parts of the country, more than 10 degrees above the July normal, according to CNN.

These unusually high temperatures have caused widespread snow and ice melt on the Greenland ice sheet. In just three days, from July 15 to 17, the ice sheet lost about 18 billion tons of water. Then the melting became even stronger. Between July 20 and July 23, the ice sheet was losing 8 to 10 billion tons of water per day, said Ted Scambos of the University of Colorado. The melting water carried a mass of glacial mud with it, which is also visible in the satellite image.

Last week, the rate of ice melt slowed down and approached the climatic norm, but this surge is still a concern for climatologists. If all the ice in Greenland melts, the sea level will rise by about 8 meters.