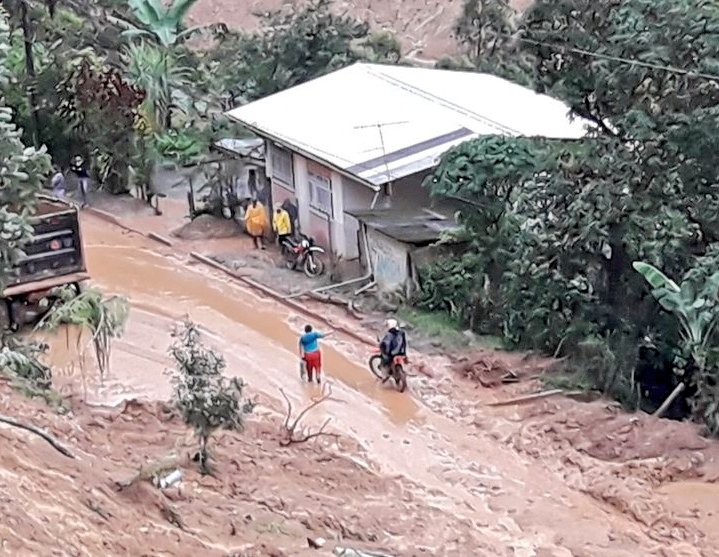 Strong rains in Ecuador over the past few days have caused floods and landslides in the provinces of Imbabura and El Oro.

According to the agency for risk management of the country (Secretira de Gestión de Riesgos – SGR), as a result of the heavy rain that struck May 4, 160 people were injured in the canton of Antonio Ante in the province of Imbabura.

According to initial estimates, 38 houses were damaged or destroyed. The streets are covered with mud after mudflows. Agricultural land and crops, in particular alfalfa and potatoes, also suffered.

The Office reported that many of the affected houses are in high-risk areas and built without proper urban planning and drainage channels.

In the province of El Oro on May 7, heavy rain led to landslides in the areas of Kantuna Atahualpa, causing damage to houses and roads.

There were no reports of casualties and injuries.