In Europe, noticed the first in the season of noctilucent clouds 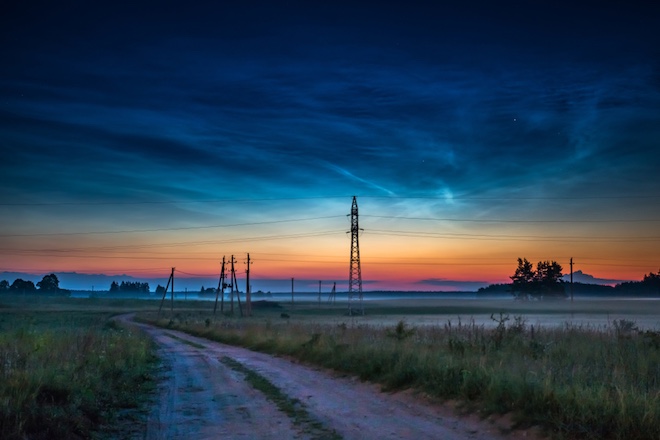 AIM satellite – an all-seeing guide to the magical world of night-glowing clouds – on May 29 recorded the first noctilucent clouds in the European sector of the Arctic. Right after that, the clouds were noticed on Earth – first in Scotland (May 30), then in Denmark (May 31). Thus, the season of noctilucent clouds is open! 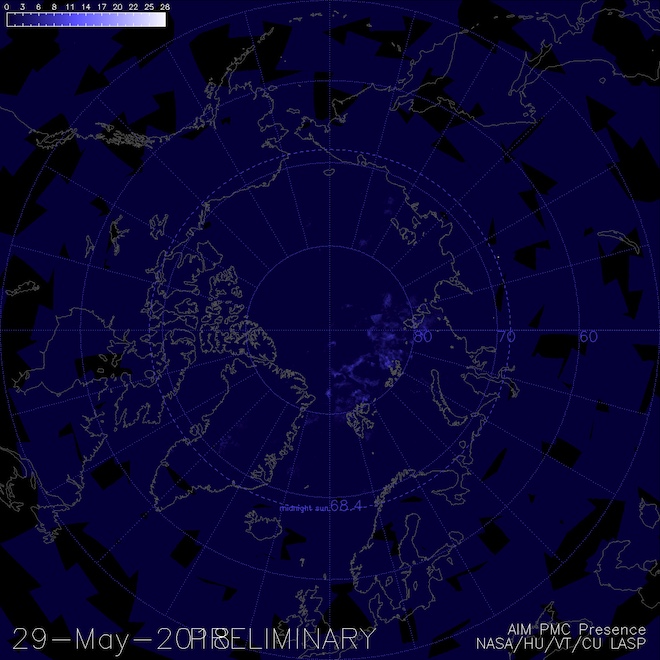 Noctilucent clouds are the highest and coldest of all clouds. They are formed high in the mesosphere at a temperature of -140 and below. Located at an altitude of 70-90 km, they are illuminated from below by the sun and thereby acquire a unique silver glow, which arises due to the scattering of light in the smallest ice crystals with a size of 6 microns.

The conditions for their observation are formed at the end of spring – early summer. This is due to a combination of astronomical, atmospheric and physico-geographical factors.

During this period, the sun descends to a minimum depth beyond the horizon. Its rays from below illuminate the upper layers of the atmosphere, as a result of which the twilight segment of the sky remains light, while the rest of the sky sinks into darkness.

You can see noctilucent clouds only in the middle latitudes between 43 ° and 60 °, at dusk, 30-60 minutes after sunset and 30-60 minutes before sunrise. At this time, the sun is at a depth of 6-16º beyond the horizon and highlights the upper layers of the atmosphere from below. With silvery clouds, it’s hard to be mistaken – either they are, or they are not.

The brightest clouds are in the form of thin silvery bands, vortices or scallops. At the same time, their optical density is so small that bright stars can easily be seen through the silver “spider web”. Others – tropospheric clouds – appear dark spots, because they are located below and are not illuminated by the sun’s rays.