Is there a butterfly effect when traveling in the past? 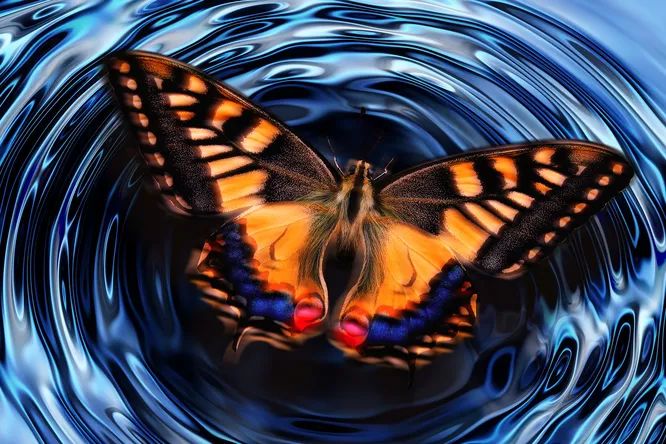 In order to simulate the “butterfly effect”, scientists used a quantum computer. They sent information to the “past” – quantum bits or qubits, and then severely damaged one of them. That is, they actually repeated what the hero of the famous story by Ray Bradbury did by stepping on a butterfly.

However, further in the experiment, everything went quite differently from the story. When the qubits were brought back to the “present,” they were intact – as if reality was self-healing.

“On a quantum computer, there are no problems with simulating evolution back in time or launching processes into the past,” says Nikolai Sinitsyn, one of the co-authors of the study, theoretical physicist at Los Alamos Laboratory. “That is, we can really see what happens to the complex quantum world if we went back in time, inflict minor damage and return back. We found that our world will survive in this case, which means that the butterfly effect does not exist in quantum mechanics. ”

The damage done in the past, as Sinitsyn and his co-author Bin Yang found out, cause only local and insignificant changes in the present. And this discovery has not only theoretical, but also quite practical application.

First, it can be used to hide information on quantum computers. According to Yang, it turns out that information corrupted due to third-party measurement in an entangled state can then be easily restored, since this damage does not increase with the decoding process.

And secondly, for testing quantum processors. Since the absence of the “butterfly effect” is of a purely quantum nature, the successful repetition of the experiment of Sinitsyn and Yan on such a processor will be proof that it really works on quantum principles.