Scientists have found out why marine animals take plastic for food 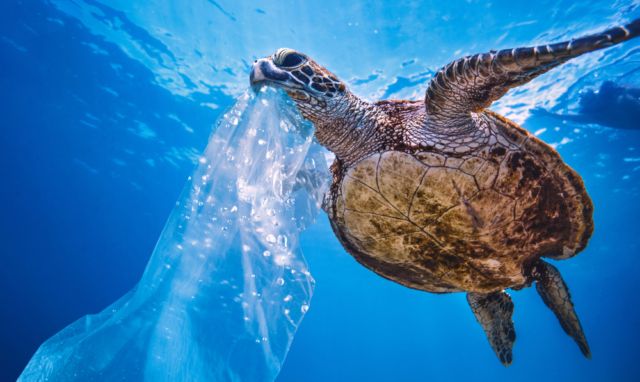 During the experiment, scientists found that sea turtles take plastic waste for food because of their smell, which they acquired while they were in the ocean, where they were overgrown with bacteria and algae.

The experiment involved large-headed sea turtles (lat.Caretta caretta), living in the Pacific. Scientists caught 15 young individuals and watched their reaction to food, flavors and pieces of plastic that had been in the ocean for a long time, and those that got into the water recently.

Turtles reacted alike to food and old plastic waste. As it turned out, overgrown plastic attracts turtles with its mouth-watering smell.

It is not yet known which molecules and substances cause such a reaction in animals. Scientists plan to continue the experiments, as well as analyze the chemical composition of plastic from the ocean.

“We often find dead turtles and other marine life whose esophagus is filled with plastic. This study shows for the first time that ocean plastic can attract animals with its smell, ”said Professor Kenneth Lohmann of the University of North Carolina at Chapel Hill (USA).

The study is published in the journal Current Biology.