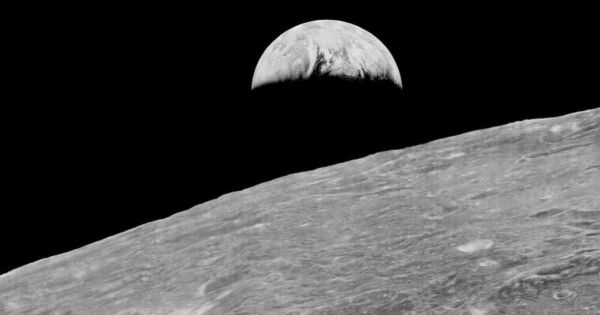 NASA Director Jim Bridenstein made an unexpected statement, talking about plans for the first landing of American astronauts on the moon in 50 years. As you know, during the Artemis 3 mission, in accordance with the plans of President Donald Trump, the United States plans to carry out a manned launch to the Moon in 2024 and, for the first time since 1972, land astronauts on it near the Moon’s South Pole.

During this mission, a week-long landing of “the first woman and another man” is planned on the surface of the Earth’s satellite.

Until recently, the fact that the landing is planned precisely in the polar region was not questioned – this is the most unexplored region of the Moon, scientists assume there are water deposits, and it is there that the Russian automatic station “Luna-25” will be launched in 2021.

However, the day before, speaking at an online conference of the Lunar Exploration Analysis Group, the head of NASA admitted that the flight to the South Pole would not take place. Answering the question whether it is possible in the future for astronauts to fly to the sites of the past landings of the Apollo missions, the official not only answered in the affirmative, but also made it clear that this option is being considered for 2024.

“For the first mission of Artemis 3, our goal is to reach the South Pole, and of course this is the most interesting place now, because there is water ice there, we need to study it, understand how to get it and use it,” Bridenstine said. “But I can imagine that these places (of the Apollo landings) could be interesting too.

If we decide that the South Pole is out of reach for Artemis-3, then perhaps we will learn more by going to where we left our instruments in the past … There may be scientific discoveries, and, of course, the very inspiration from the return to the Apollo landing sites will be amazing. However, these decisions have not yet been made ”.

At the same time, the official added, the US needs to develop “codes of conduct” to protect these historic sites from subsequent expeditions.

The Moon’s South Pole was designated the target of the first American astronaut landing in many years in 2019 in a speech by US Vice President Mike Pence at the National Space Council. “To reach the moon in the next five years, we must choose our goals now. NASA already knows that the South Pole is of great scientific, economic and strategic value, and now is the time to decide to go there, ”the official said.

Now Bridenstein’s statement says that NASA may abandon its previous plans. Landing near the poles of the Moon is technically more difficult than in the equatorial or mid-latitudes, and neither automatic nor manned missions have landed near the poles before.

And although Bridenstein’s statement about the possible refusal to fly to the Pole is still vague, it has already worried the scientists attending the conference: at subsequent sessions they began to seek clarifications from NASA representatives.

This is due to the fact that the scientific tasks that must be set before scientists depend on the selected region. Just recently, NASA asked specialists to participate in the development of scientific problems that American astronauts could solve during the first landing on the moon in several decades.

“At this point, we are instructed to do our job with a polar landing in mind,” said Renee Weber of the Marshall Space Center when asked about a possible relocation of the landing site. According to representatives of NASA, the department has just begun to select certain areas. “The scientific community will be involved in this process,” said Jake Bleacher, head of one of the NASA divisions.

And while NASA continues to hope for a long-term base camp on the moon, agency officials have made it clear that it is not yet known whether a second manned mission, Artemis 4, will follow in the footsteps of the first. “We really need to assess the ability of our landers and what areas they can go to,” Bleacher said, adding that “there is no clarity” about how long after the first mission the second will go.

In the spring, it became known that Boeing had lost the competition for the design of lander, and Blue Origin, SpaceX and Dynetics were among the winners. Three winners of the competition were announced in April, under the initial contract SpaceX will receive $ 135 million, Blue Origin – $ 579 million, Dynetics – $ 253 million.